A major obstacle to improving Army readiness is the inability of units to have everyone on their rosters ready to deploy together, Sgt. Maj. of the Army Daniel Dailey says.

A large part of that problem is simply that so many soldiers are detailed to myriad other missions at any given time as end strength has steadily declined in recent years, Dailey said Feb. 14 at a breakfast forum hosted by the Association of the U.S. Army’s Institute of Land Warfare. 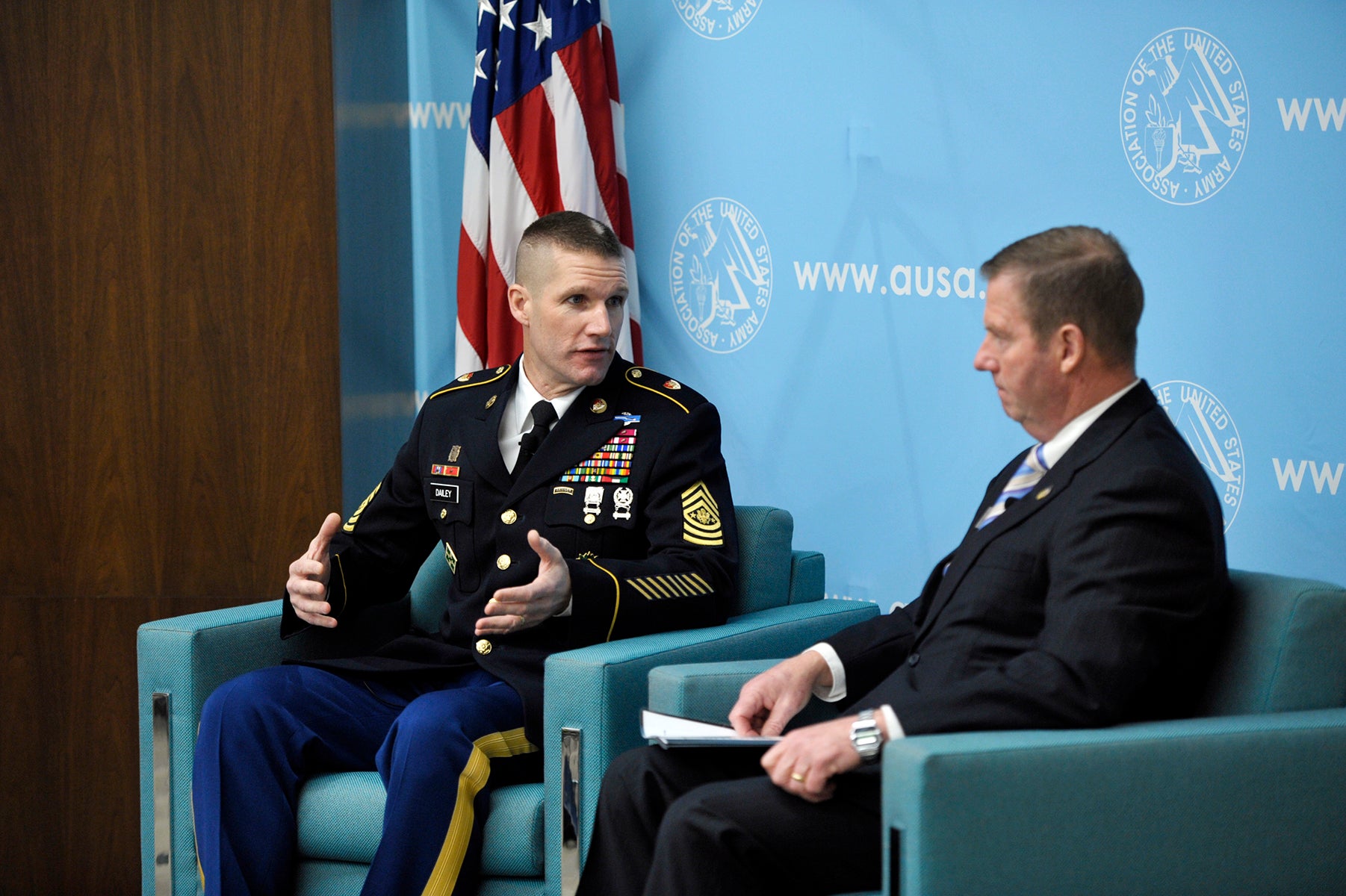 Another issue is that many soldiers are rated as nondeployable for various administrative and medical reasons, he said.

“I still believe we have a completely unacceptable nondeployable rate across the Army, averaging about 14 percent,” Dailey said. “Much of that can be remedied just by getting soldiers to their appointments.”

Understaffing is an issue being addressed by a recent congressional decision to stop the Army’s drawdown and increase end strength across all components.

But it’s not about end strength alone, Dailey said. “We need resources,” he said.

“We’ve got soldiers all over the globe, deployed in approximately 140 countries. We’ve got to continue to support not only them, but their families back home.

“Over the last several years, that’s an area where we’ve been taking risk” in such budget accounts as base operations and morale, welfare and recreation programs, he said.

“We’ve got to continue investing in those things as well, to maintain the morale of not just the soldiers, but their family members.”

The bottom line, Dailey said, is that at today’s end strength and budget levels, the Army is “consuming readiness at the rate at which we build it. That’s really our biggest challenge.”