As ballistic missile threats to the U.S. increase in quantity and quality, steps must be taken to ensure the Army and the joint force remain able to counter adversaries at home and abroad.

“The Army air and missile defense (AMD) force is a key strategic enabler for the Army, the joint force and the nation, and continues to be globally deployed and regionally engaged … but enemy air and missile defense threats continue to develop in complexity, quantity and capacity,” said Lt. Gen. James Dickinson, commanding general, U.S. Army Space and Missile Defense Command. 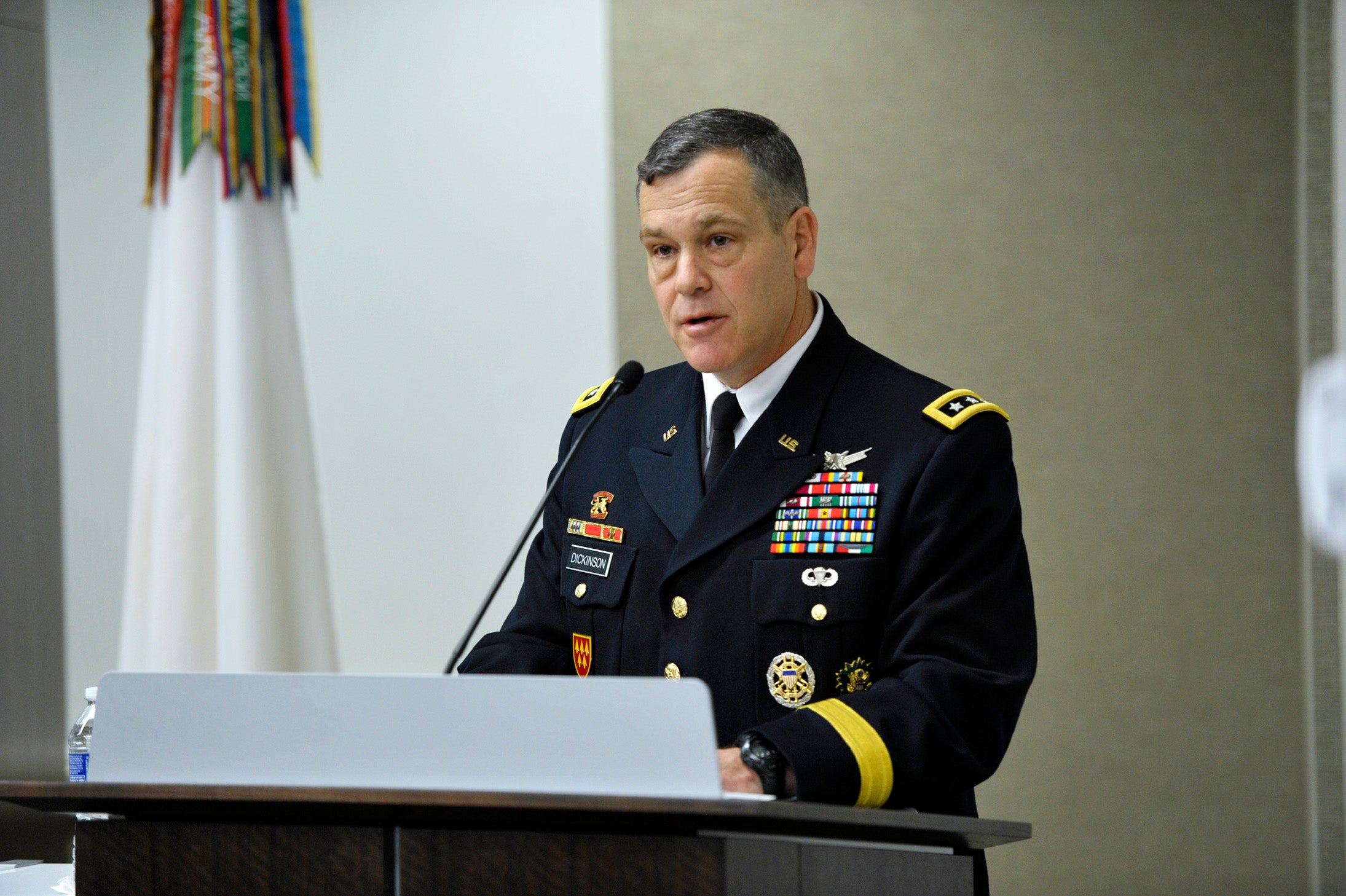 Dickinson was the opening speaker at the Association of the U.S. Army’s Hot Topic forum titled “Army Air and Missile Defense,” held in February at AUSA’s Conference and Event Center in Arlington, Va.

Potential adversaries are committed to evolving their missiles, unmanned aerial systems and long-range rocket and artillery force capabilities, Dickinson said, noting that these capabilities are often “the weapon of choice to exert their national aims and put our nation, our deployed forces and our partners and allies at risk.”

Specifically, he said, North Korea continues to improve their road-mobile ICBMs and has likely tested ICBM capabilities in recent space launches, while China has developed and tested a hypersonic maneuvering strike vehicle.

Iran is also expected to expand their ballistic missile development program. “Their resolve is demonstrated by Iran’s president saying that Iran will not accept any limits on their missile program, and calling for accelerating the production of various missiles,” Dickinson said.

Other key AMD threats in the near future include more complex advanced electronic and cyber attacks, and directed energy capabilities, he said.

“To counter these and future threats, we must sustain our efforts in a number of areas, from maintaining our systems, to training our AMD force, to leveraging new technologies and modernization efforts, all of which require resources,” said Dickinson.

There is some good news on the resource front, he said. Congressional support for air and missile defense is strong, and that support is reflect in the FY17 budget request.

However, he said, “Although we are on the right track and investing in the right areas, Army missile defense still faces a number of challenges in protecting the force and achieving strategic flexibility in a multi-domain environment.”

Even as the Army modernizes its AMD force, it must not lose sight of the present.

“A major factor in readiness is how we can balance modernization efforts with the operational demands,” Dickinson said.

The Army AMD force finds itself at a critical crossroads as it balances the competing requirements of supporting the current fight while modernizing.

He continued, “As we support the warfighter, modernize and develop the future AMD force, we must also maintain a ‘fight tonight’ focus – essentially, what trained and ready capabilities can the AMD enterprise provide to the warfighter now.”

Dickinson thanked AUSA for its “continued support to the warfighter,” adding, “It’s a great day to be an air and missile defender in the United States Army.”