Since my last column there has been absolutely no news to report or to reflect on.

Capitol Hill and the White House have been absolutely quiet, harmonious and predictable. Saturday Night Live is having challenges coming up with any material to satirize.

Whoops, those might be disputable facts. Maybe the District of Columbia has had a couple of reportable moments recently. 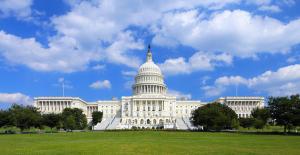 The Chinese New Year proclaims this the “Year of the Rooster.” However, those of us who have been inside the Washington beltway for a while are thinking that the “Year of the Unicorn” might be a more appropriate label.

We had a peaceful transition of power from President Obama to President Trump, and then everything started changing.

It is like that feeling in the pit of your stomach when your 70-ton M1A2 tank is going down a steep hill and hits a large patch of black ice, and suddenly you have a lot of momentum but not a lot of control.

Perhaps if we button up our hatches and tell the crew to “BRACE-BRACE-BRACE,” everything will work out.

So the president took office and launched a flurry of executive orders.

The day after his inauguration a women’s march filled the streets of D.C. (and many other cities).

Over the next week, executive orders continued to flow out of the White House like poop through a goose, including one that restricted immigration from seven primarily Muslim states. That started another set of demonstrations.

In the Senate, Democrats reacted by trying to slow down cabinet confirmation hearings by boycotting them.

Republicans then changed committee rules and forwarded nominations out of committee without any Democrats present.

The president then announced his nominee for the Supreme Court.

That process will suck the oxygen out of the Senate for weeks.

About the time the Supreme Court nominee is confirmed, the debt limit suspension will expire, and more drama will result.

So far, Washington, D.C., in 2017 makes the Netflix series “House of Cards” look like a light-hearted documentary.

And keen Washington-watchers will have noted that the Army had a nominee for secretary, and then it didn’t. As of this writing it isn’t clear who the “plan-B-nominee” will be.

On a positive note, the rumor mills are predicting that additional resources may flow to defense for this year and next, and some will trickle down to the Army.

AUSA is advocating for additional supplemental funding for the Army of $8.2 billion in FY17.

We are also looking forward to the release of the FY18 budget request, but it is not expected to be delivered to Congress until mid-May. (It was due on Feb. 6, but there is no penalty for the president when it is late).

Once that request is released, AUSA will analyze the request for sufficiency, given the missions and requirements our Army is tasked to accomplish.

If it is insufficient, we will advocate to make it right.

Meanwhile, buckle up, hang on and Brace-Brace-Brace for the Year of the Unicorn.