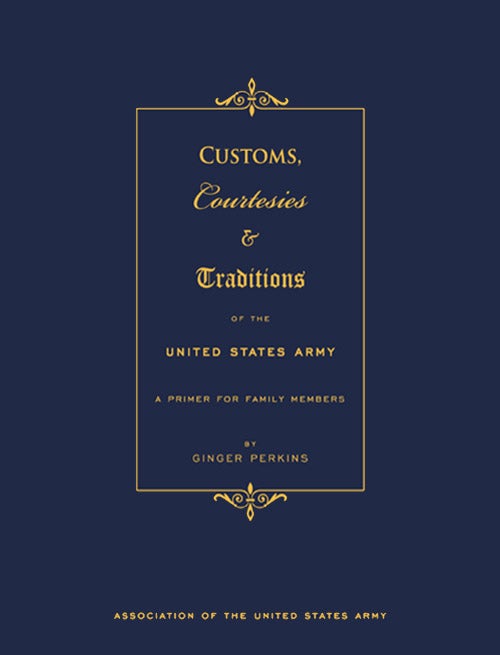 A must-have AUSA publication for every Army family. Whether you are a new Army bride, parent of a Soldier, or a Soldier for Life, author Ginger Perkins has created a condensed reference resource from A-Z that you will turn to again and again! 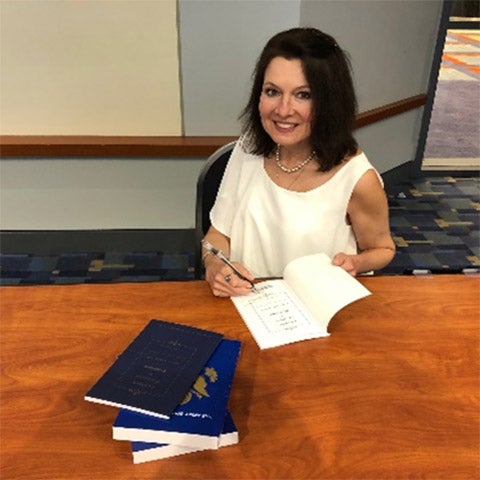 Ginger Perkins thrived as an Army spouse for 38 years of active duty which included over 20 moves around the world and multiple combat deployments as the spouse of the commanding officer until he retired from the Army in 2018 as a four-star general. She is also the mother of soldiers with a daughter who is a Blackhawk helicopter pilot with two combat tours to Afghanistan and a son who is a West Point graduate and engineer.

Ginger’s experience and dedication has been forged through the trials of combat and sacrifice. Ginger knew the Army spouses and families needed encouragement, support, and inspiration. She has had the honor to lead multiple spouse groups and community organizations, each time gaining insights into how important protocol, history and traditions are to understand why we serve this great Nation. Ginger has published several Army spouse advisory and unit social guides such as the Training and Doctrine Command (TRADOC) Army Spouse Protocol and Social Guide and most recently two books -- The Army Spouse Handbook with Mrs. Crossley, and Association of the United States Army (AUSA) Customs, Courtesies & Traditions of the United States Army, a primer for family members. Ginger was part of the Army’s Professional Military Education (PME) program teaching Army spouse customs and traditions to battalion and brigade-level spouses of commanders and command sergeants major as well general officer and nominative command sergeant major spouses. She continues to conduct workshops for spouses of all ranks and mentors spouses through the GO Spouse Mentorship Program as well as writes a monthly, traditions and protocol blog for Army Wife Network.

“Do you have a Toolbox or an Army Spouse Library or even a Binder of resources?”

As an Army Spouse, Ginger Perkins has many “Tools in her Toolbox”. Many of those tools belong to her library, which are used for continuous references, guides, educating, and inspiration.

We would like to help you start or build upon your toolbox, library or binder with the Customs, Courtesies & Traditions of the United States Army (CC&T)!

Why is it important to teach Army Traditions, Protocol, and Etiquette?

“The Life of a Soldier is not easy, but it is one of honor, trust, respect, commitment and camaraderie. The values manifest themselves in a shared set of customs, courtesies and traditions passed down through generations. The traditions are in many ways the glue that binds Soldiers and their families together. They are what makes being a Soldier special.

It is up to you to honor, maintain and pass on theses traditions to those who follow. If they are not safeguarded today, they will certainly be gone tomorrow.”

What do traditions mean to you?

We want to know!

AUSA's Family Readiness Directorate is dedicated to providing Army families the support they need to help them manage the challenges of military life. 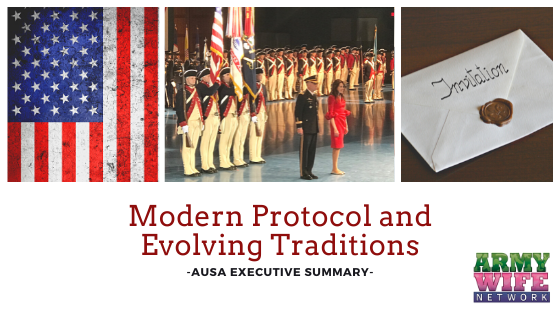