Since 1950, the Association of the United States Army has worked to support all aspects of national security while advancing the interests of America's Army and the men and women who serve.  Our website offers a wide variety of professional development resources for Army soldiers, and their families.

AUSA is the professional association of the Army.  Army professionals need to keep current on issues that affect them in the work place. AUSA offers soldiers the opportunities to accomplish this at its Annual Meeting, AUSA Breakfasts, Hot Topics and the Global Force Symposium.

The National Guard is a unique and essential element of the U.S. military. Founded in 1636 as a citizen force organized to protect families and towns from hostile attacks, today’s National Guard Soldiers hold civilian jobs or attend college while maintaining their military training part time, always ready to defend the American way of life in the event of an emergency.

What AUSA is doing for the Army National Guard

The Army Reserve provides trained, equipped and ready Soldiers, Leaders, and Units to meet America’s requirements at home and abroad.

Army Reserve forces are always available for the needs of the Army and the Joint Force. The Army Reserve falls under the day-to-day command and control of the president and the secretary of defense. Army Reserve Soldiers and units can be used by the Joint Force for missions in peacetime and in wartime, during training and when mobilized, for planning and for operations.

What AUSA is doing for the Army Reserve

Department of the Army Civilians and Military Technicians

In 1776 the Board of War and Ordnance was established with the responsibility of equipping and dispatching troops; maintaining personnel records and disbursing funds. Five members of the Continental Congress, several clerks and a paid secretary – Richard Peters, the first Army Civilian – comprised the Board. Subsequently the Continental Army hired Civilians for driving, crafts, carpentry, and laborer jobs.

Today Civilians have skills that are crucial to the support of military operations and provide a full complement to the military’s occupational specialties.  Civilians are integral part of United States Army and support all facets of the Army mission which frees Soldiers to perform innately military functions. Additionally, Civilians possess critical skills which assure continuity of operations for all components.

What AUSA is doing for DACs and Miltechs

For more than 240 years the American Soldier has answered the call to action and in every era of conflict and war, the professional Noncommissioned Officer (NCO) has played a significant role as a leader of Soldiers. The roles and responsibilities of the NCO have always been to lead, mentor, and train Soldiers while enforcing standards. The NCO Creed galvanizes the idea that NCOs are professional Soldiers who are also members of a time-honored corps known as "The Backbone of the Army."

What AUSA is doing for the NCOs and Soldiers

Officers in the Army possess the skills necessary to lead others through the most challenging of circumstances.

The Army Reserve Officers' Training Corps (ROTC) was born when President Woodrow Wilson signed the National Defense Act of 1916. Since its inception, ArmyROTC has provided leadership and military training at schools and universities across the country and has commissioned more than a half million Officers. It is the largest commissioning source in the American military.

Army ROTC is a diverse group of men and women with more than 20,000 Cadets currently enrolled.

What AUSA is doing for the ROTC

Soldier for Life.  Once a Soldier, Always a Soldier.

The Soldier for Life mindset is a holistic approach to the military life cycle career of a Soldier. The U.S. Army takes care of teammates by ensuring Soldiers start strong, serve strong, and reintegrate strong so they remain Army Strong serving their communities after they leave the Army. The U.S. Army's strategic imperative of sustaining the All Volunteer Army is directly affected by how well the veterans reintegrate back into the communities. Gen. George Washington said:The willingness with which our young people are likely to serve in any war, no matter how justified, shall be directly proportional to how they perceive the veterans of earlier wars were treated and appreciated by their nation.

What AUSA is doing for Retired Soldiers and Veterans

The Family Readiness Directorate is dedicated to providing Army families the tools and resources they need to help them manage the challenges of the military life cycle. Through four pillars of support; education, information, advocacy, and outreach, AUSA Family Readiness aims to connect with Army families, both past and present, in tangible and impactful ways.

What AUSA is doing for Military Families

The AUSA Book Program offers quality military-related books about Army heritage, military theory and policy, and military force in the modern world. One of its goals is to foster an understanding of the emerging security environment. This program permits AUSA members to purchase these titles at a discounted rate.

Find your next job at AUSA's Career Center. In addition, our Career Center offers professional services to help you build and manage your career for maximum potential for success, including a Career Learning Center, Reference Checking, Resume Writing, and Career Coaching.

AUSA has scholarship opportunities for both active soldiers and veterans.

The Association of the United States Army is the association for young professionals and emerging leaders who are Soldiers, veterans, family members, government civilians, or supporters of the Army and in search of professional development and networking opportunities.

The Army Casework Guide, a product of the U.S. Army Office of the Chief Legislative Liaison, provides valuable information about issues affecting current and former Soldiers, their families, and Army civilians and illustrates how Congressional staff members can respond to constituent inquiries on a wide range of subjects.  Topics covered include recruiting, Family Programs, Military Health Care, awards and decorations, personnel records, and many more. 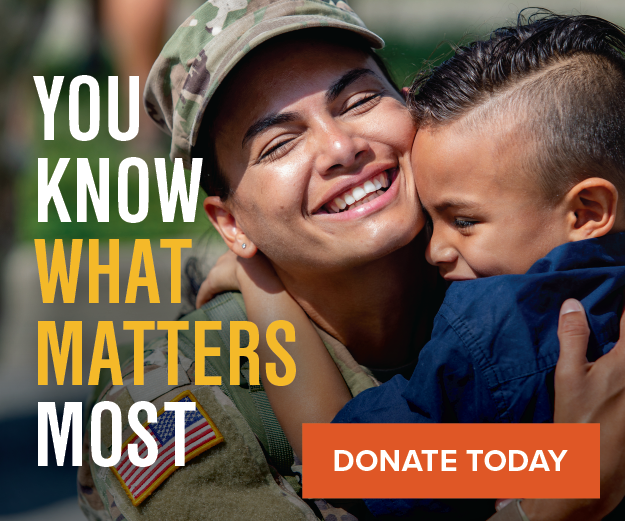