The future of networked mission command faces a number of challenges, chief among them being a current reliance on a variety of different networks – all with their own specialties, systems, and communications methods.

That was the consensus at the Association of the United States Army’s Air and Missile Defense Hot Topic forum discussion panel in Arlington, Va., in February.

Networked mission command in the future should rely on an entirely seamless network that allows for all forces to communicate quickly and easily, across the multi-domain battlefield, said Lt. Gen. Michael D. Lundy, commander, U.S. Army Combined Arms Center and Fort Leavenworth, Kan., who spoke as part of the forum. 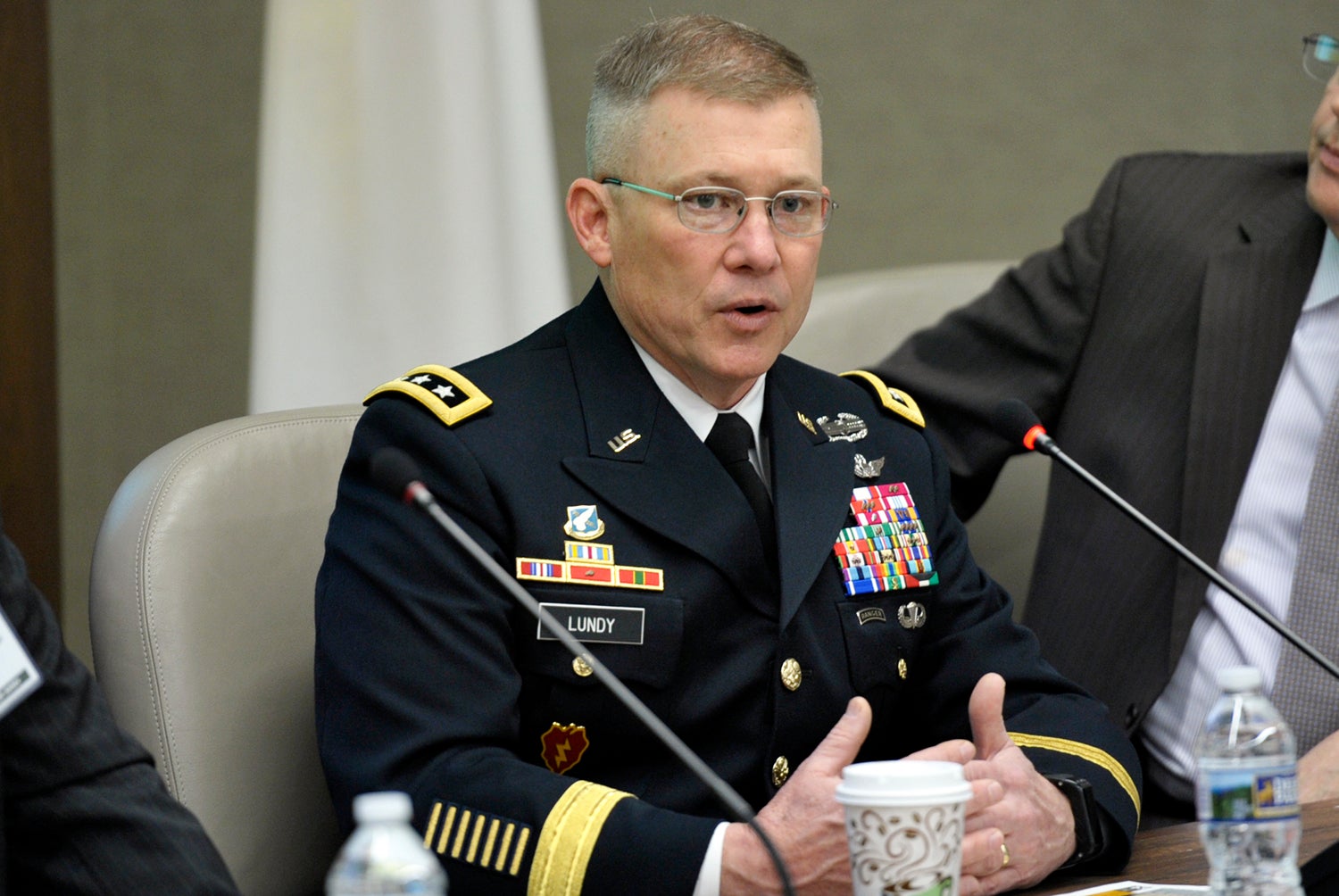 Such a seamless network would empower subordinates to exercise “disciplined initiative in the absence of further orders,” he said.

A single framework is needed to pull together both the organizational and functional networks, said Jefferey Witsken, the director for mission command network integration at the Mission Command Center of Excellence, Fort Leavenworth.

Converging the networks, he said, would “provide more flexibility,” and “increase situational awareness across the board.”

Moving forward, the Army would like to implement a networked mission command that will rely more on software, according to Witsken, who argued that would have the added benefit of “improving cyber security.”

Standardized equipment would also decrease the required training hours associated with each system, he said.

“When we talk about [networked mission command] … it’s ‘network’ the verb, not ‘network’ the noun,” said Don Sando, the deputy to the commanding general at the Maneuver Center of Excellence, at Fort Benning, Ga. “It’s the collaboration. It understands what’s going on and takes action.”

“All services have to see and fight in all domains,” he continued. “What that means for different echelons, that is to be determined, but there are [military] applications from space, [and] there are [military] applications for airtime that have effects on the ground. And there is the ability to project power from the land domain into other domains.”

Ultimately, Lundy said that tactics and training will be the keys to mission command’s success. He added that combined arms field training should emulate the warfighting efforts and involve multi-domain operations that account for the information environment and electromagnetic spectrum.

As the Army continues to develop a single framework, another growing concern is the Army’s ability to augment and extend the network. According to Lundy, the current capabilities of the network are limited to line-of-sight or satellite communications.

The Defense Department’s network is a primary enabler to mission command, McGee said. “This is something the commander needs to understand intimately and start giving priorities to aggressively maintain and defend the network, especially in an area where it can become contested,” he explained.

In the end, training and leadership development will play a huge role in the successful implementation of the networked mission command, according to Lundy.

“First and foremost, there were decisions we had to make on where we were going with the network. We spent a lot of time educating senior leaders on what the network is and is not. We have to have a shared understanding, and that is why our doctrine is so important.”