As we approach 2017, there is a slight sense of vertigo in Washington, D.C. – that odd feeling of being a little off-balance.

The executive branch is transitioning, with not just the White House changing over, but thousands of political appointees leaving and thousands of new hopefuls applying for their jobs. 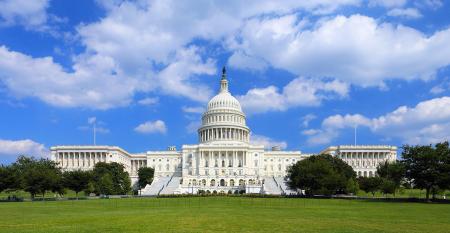 On Capitol Hill, the lame duck session gave members of Congress who are retiring one last chance to give a speech, and to pass a continuing resolution to keep the government running through April 28, 2017.

The retiring members of Congress were moved out of their offices and into temporary cubicles.

Offices were quickly repainted, furniture was spread throughout the office building hallways, and new members drew lottery numbers to choose what office they will occupy for the 115th Congress.

Newly elected members of Congress could be seen wandering the hallways like college freshmen, slightly disoriented but bright-eyed and optimistic about the future.

The transition in Congress will settle out by the end of January.

However, in the executive branch, Inauguration Day (Jan. 20) will be just the beginning.

The Senate will need to confirm all of the new administration’s cabinet members, plus a significant number of political appointees. Before the nominations even come before the Senate, there is an extensive vetting process that takes place.

The transition team will sort through tens of thousands of applications, and narrow it down to about 4,500 political appointees, non-career senior executives, and schedule C potential candidates.

The process, including background investigations, could last late into the fall of 2017 for lower-level jobs.

Meanwhile, the government can’t pause and wait for all of these new appointees. Fiscal year 2017 started on Oct. 1, 2016, and appropriations are on auto-pilot at 2016 levels until Congress can pass a bill to fund the government.

The new continuing resolution keeps the government open, but the funding levels (with a few exceptions) are set at last year’s levels with last year’s priorities.

The new administration is supposed to deliver its FY 2018 budget request in the first week of February 2017, but since the levels for FY2017 still haven’t been set, it is likely that the new budget request will be delayed.

Meanwhile, the debt limit suspension will expire in March 2017, and raising the debt limit could cause additional drama in Congress and with the White House if history is any guide.

Your AUSA Government Affairs team will be following all of these events closely, and will be trying to restore balance by meeting with the new members of Congress to tell them our Army’s story.

We will also be meeting with members of the new administration to help educate them on the critical role our Army plays in national security, and the importance of taking care of our Army’s most valuable asset, our people.