Cameron Cruse was a frustrated military spouse when she and her Army husband found themselves deployed to rural Georgia.

Armed with a freshly minted master’s degree in architecture that took her five years to earn, Cruse saw little option for her to use it.

It was a similar feeling for Lisa Bradley, Cruse’s business partner, and together they founded R. Riveter, a line of handbags that are made entirely by military spouses, providing them a job – and income – they can take anywhere they go.

“If you don’t like where you are, take a hard look at it and change it,” she told the audience gathered at an AUSA Military Family Forum focused on spousal employment and financial stability. 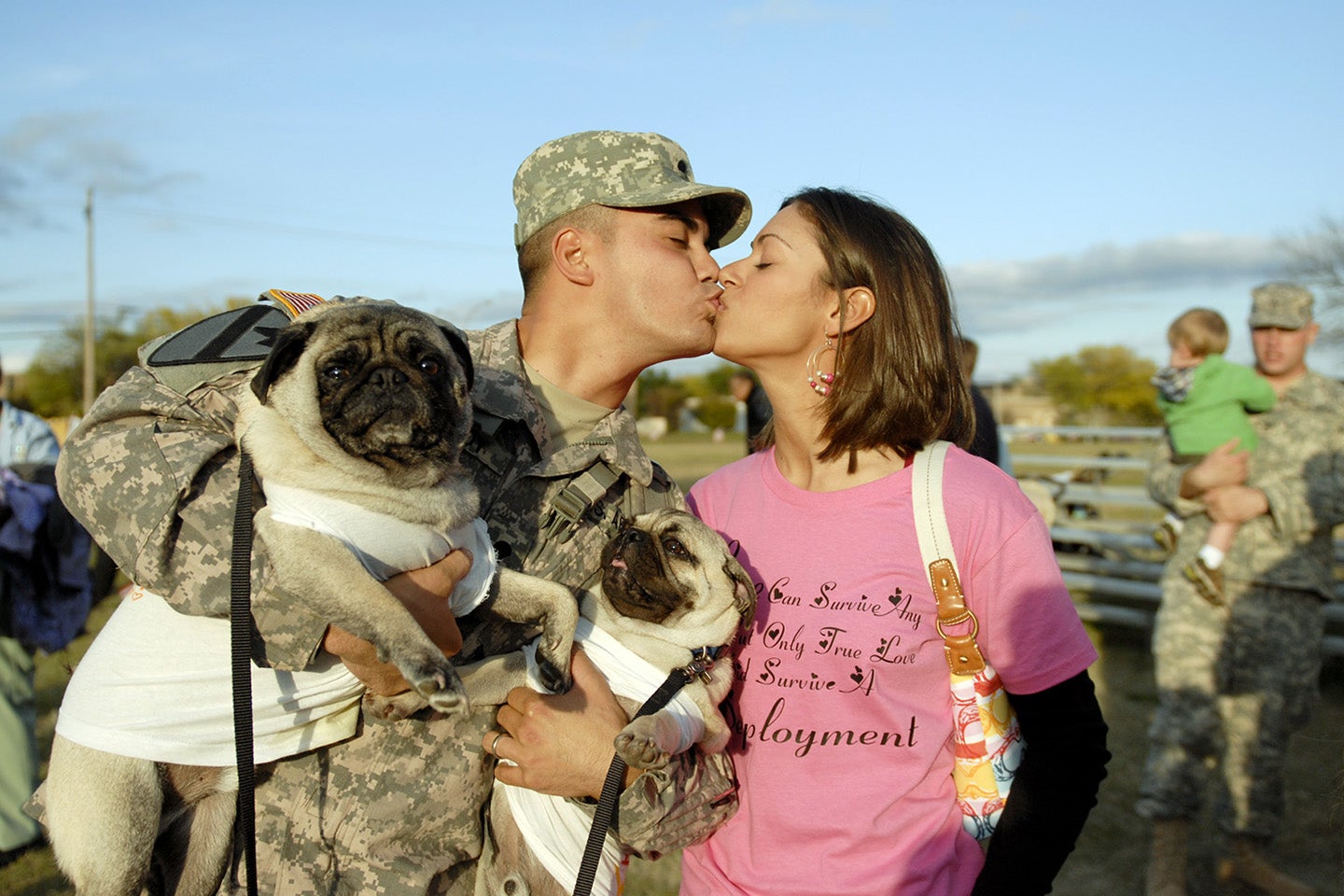 At an AUSA Military Family Forum, Army spouses and Department of Defense experts discussed the plethora of resources available to military spouses to attain employment – or even entrepreneurship. (U.S. Army photo by Spc. Sharla Lewis)

It was one answer to a perplexing question: How does a military spouse find meaningful work, if not a career?

There is now a plethora of resources available to military spouses to attain employment – or even entrepreneurship – no matter where the Army sends them, a panel of financial and employment experts told the audience.

Spousal employment has a “significant income impact” on military families, said Barbara Thompson, director of the Office of Family Readiness Policy under the assistant secretary of defense, a point made during the financial wellness portion of the forum at AUSA’s 2016 Annual Meeting and Exposition.

Studies and surveys of military members found finances are the top cause of stress for themselves and families, said Holly Petraeus, assistant director of service member affairs for the federal Consumer Financial Protection Bureau.

That beat out health matters, deployment, even life events and relationships.

But if finding work is hard, military spouses have particular challenges,

Thompson noted: frequent, long-distance relocations; deployment to bases in economically depressed regions; long duty hours or deployments that keep the service member from helping at home and with children.

To that end, panel experts talked of programs and their own experience to hurdle employment goals.

For instance, Military OneSource has become a rich source for career education and networking, said C. Eddy Mentzer, program manager with the Defense Department’s Spousal Education and Career Opportunities as well as the Partnership for Military Families.

It offers, for instance, free career counseling that in the private sector could cost about $150 per hour, he said.

Also, My Career Advancement is a service aimed at younger spouses to help them get the education and certifications they need for certain jobs, he said.

Amanda Peterson Crowe agreed, adding her group, In Gear Career of the Military Spouse Program, recently merged with the Hiring Our Heroes program under the U.S. Chamber of Commerce. That expanded the program to more networking on a local level.

Mentzer said his office also has an entrepreneurial package for those interested in being their own boss.

Cruse offered her own experience with R. Riveter to highlight entrepreneurship, something spouses may not even consider or realize is an option for them.

Starting her own company has taken time – about five years – but the payoff has been worth it.

This year, Cruse and Bradley appeared on the entrepreneur television show “Shark Tank” and won an investment deal from Mark Cuban. They are now up to a team of 50 employees nationwide and recently opened their first retail store in Bethesda, Md.