A halt to the drawdown of soldiers was only one of the items AUSA cheered as the details of a negotiated annual defense policy bill were revealed.

The topline for the National Defense Authorization Act (NDAA) for FY 2017 is $618.7 billion, including $67.8 billion for the overseas contingency operations account and the president’s supplemental $5.8 billion request. 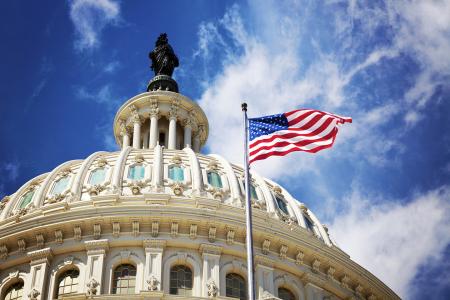 Force levels. AUSA waged an aggressive campaign to urge members of Congress to back legislation that would limit reductions in the Army and Marine Corps, a pause that would allow the next president to assess land force capabilities and needs before deciding troop levels.

Elements of the bill, offered by Rep. Chris Gibson, R-N.Y., and Rep. Mike Turner, R-Ohio, chairman of the House Armed Services Committee’s Tactical Air and Land Forces Subcommittee, were included in the House version of the NDAA. We are very pleased that it was included in the final bill.

In a statement, AUSA President Gen. Carter Ham, USA, Ret., said, “We are pleased the bipartisan agreement stops and slightly reverses reductions in the number of soldiers. For the Regular Army, this means 16,000 more soldiers.

“For the Army National Guard, this adds 8,000. And for the Army Reserve, the agreement represents a 4,000 increase. We are glad the Army is authorized additional resources to cover the added personnel costs.”

We would have preferred the additional personnel costs be part of the base budget, rather than overseas contingency operations funding.

A goal for 2017 will be to secure permanent funding.

Pay raise. Another reason to cheer is the 2.1 percent pay raise negotiated by lawmakers.

The White House and the Senate had pushed for a 1.6 percent pay raise. The higher raise matches the projected increase in private sector wages and would be the first time in six years the pay raise tops 2 percent.

Basic Allowance for Housing. AUSA was strongly opposed to a provision included in the Senate’s bill that tied basic allowance for housing (BAH) to service members’ actual rent and utilities costs rather than a flat-rate stipend based on estimated housing costs within a zip code.

Additionally, for dual-military couples or housing sharers, the Senate wanted to divide BAH by the number of service members in domicile.

AUSA prevailed. The provision was not included in the final bill.

Military health care. Good news for current military personnel and retirees, the conference report will not raise TRICARE fees or co-pays for you.

It will, however, increase enrollment fees, deductibles, catastrophic caps, and co-pays for beneficiaries who join the military on or after Jan. 1, 2018.

The agreement does remove responsibility for military treatment facilities from the individual services and consolidates it under the Defense Health Agency, beginning Oct. 1, 2018.

AUSA remains concerned that the management overhaul of military health care programs could reduce the Army’s ability to allocate its own medical resources.

This is an issue we will monitor closely as it progresses.

Some of the other health care-related provisions include:

The legislation authorizes up to 12 weeks of paid leave (including 6 weeks medical recuperation leave) for primary caregivers after childbirth and 21 days for a service member who is the secondary caregiver.

The Special Survivor Indemnity allowance would be extended for SBP-DIC widows through May 2018 at the current $310 monthly rate.

The bill authorizes operation and maintenance support for a larger force, including increased depot maintenance, facilities sustainment and modernization, and ship maintenance.

It would allow variable pricing and the development of private label products for commissaries.

Another program slated for reform are commissaries.

A summary released by the House Armed Services Committee states that the bill “reforms the system to preserve the benefit, while also making improvements to ensure continued savings for shoppers, a good value for taxpayers, and ongoing support for morale, welfare, and recreational activities.”

The reforms include congressional oversight of improvements and the authority to include variable pricing & the development of private label products.

U.S. Cyber Command will be removed from the U.S. Strategic Command and elevated it to a full combatant command.

Overall, with some exceptions, AUSA is pleased with the bill.

As AUSA News goes to press, the legislation has been passed by both of the House and Senate is on the president’s desk for signature.

In an effort to partially minimize the harmful effects a long-term stopgap spending measure would have on the Pentagon, House Appropriations leaders said that the CR includes “provisions needed to prevent catastrophic, irreversible, or detrimental changes to government programs, to support our national security, and to ensure good government.”

The Army’s Apache Attack Helicopter and Black Hawk Helicopter multiyear procurements were singled out as programs that garnered special attention.

A return to annual contracts would cost the two programs up to $880 million over five years.

Funding for the Navy’s ballistic missile submarine and the Air Force’s aerial refueling tanker programs were also included in the CR.

Of the $5.8 billion provided for defense, $5.1 billion is to support counterterrorism operations, including salaries and mission support for additional troops in Afghanistan and efforts to defeat ISIL, and $652 million is to support the European Reassurance Initiative.

For the past several years, Congress has relied on stopgap spending bills to keep the government running because of their inability to pass routine spending bills. Typically, the duration of the measure is relatively short.

This year, however, the stopgap will last more than half of the fiscal year.

House and Senate leaders said that the longer stopgap was necessary because of the Senate’s crowded 2017 schedule that will include confirmations of the incoming cabinet.