Every soldier and leader knows that moral principles govern our behavior in war. In combat, we are responsible for attending to the difference between combatants and noncombatants, using proportional force even in the pursuit of legitimate targets and objectives, providing due care to the innocent even if doing so requires risk to ourselves, and assuring that we limit collateral damage as much as possible. Application in combat is part of our tactical competence.

But what about the moral dimension of strategic competence? This dimension is clearest at that intersection of a proper understanding of war and of moral agency.

The coin of war’s realm is life itself. Sometimes it is the life of a citizen who became a soldier, sailor, airman or Marine. Sometimes it is the life of an innocent caught amid a battle; perhaps it is of a family member far from the battlefield. And sometimes war ends, damages, destroys or changes the life of a political community itself. This is war’s norm; in war, the morally abhorrent and the morally justified can exist in the very same act. War can’t be otherwise.

Over 15 years of war has made this clear. War ends, damages, destroys and changes lives. That’s part of the hellishness of war. No matter how careful a soldier or leader is, no matter how well-planned the mission and how prepared a unit is, and regardless of how carefully rehearsed a battle is, fighting reveals war’s true coin.

It’s not a stretch to say that America’s national imagination equates war with fighting. Most public discussions of war concern tactics, weaponry, and effects or results of battle. Such an equation, however, leads one to miss an important aspect of war: that combat gains its meaning and worth in relationship to its operational and strategic contexts; that is, how a particular battle contributes to achieving a campaign objective and how, in turn, the campaign contributes to achieving a war’s ultimate political strategic aims.

Without this context, war can be fought well, but not waged well. Battles can be won, but not the war. Tactical, even operational, progress can be made, but not strategic progress. Lives can be used, but not used well. The coin of war’s realm is very much at work at the operational and strategic levels of war, even if less apparent than at the tactical level.

The language at the operational and strategic levels of war appears antiseptic: Identify strategic aims; outline military and nonmilitary policies, strategies and campaigns that contribute to achieving these aims; identify metrics and measure progress; plan, integrate and adapt campaigns as the war unfolds; set the right conditions for both operational and tactical success.

Operational and strategic distance from the battlefield can cause some to overlook the fact that life—of citizens who become soldiers, of the innocent, and of the political community—is at stake. Every strategic and operational decision concerning aims, strategies, policies and campaigns, and the time it takes to reach that decision or take the consequent coordinated action, affects lives. Further, life is also at stake when strategic or operational adaptations called for by the dynamics of war are either ignored or carried out too slowly.

What comes to the fore at the operational and strategic levels is the importance of the quality of decisions and actions—initial and adaptive—and the quality and integrity of the processes associated with both. From this point, three war-waging responsibilities emerge. Each is related to using and risking lives, and each is a civil-military responsibility of those occupying relevant strategic and operational positions.

A close look at this set reveals that meeting these responsibilities requires a healthy civil-military dialogue, quality and integrity in both the decisionmaking and execution processes, and a proper military subordination to civil leadership. Deciding and acting at the operational and strategic levels of war is inherently a civil-military affair. More so at the strategic level than operational level, there’s no “line” or “wall” between civil and military functions.

Final decision authority, which rests with civil leaders, is the only strict, role-differentiated responsibility. All others are co-responsibilities because both civil and military perspectives and leadership are necessary to wage war. Neither is sufficient alone.

Furthermore, for a civilian leader to use his or her final decision authority well, that leader must rely on the quality and integrity of the decisionmaking and execution processes. Those included in such processes are co-responsible for their quality and integrity and consequently, are also co-responsible for the lives used and risked in execution.

Every one of us is a moral agent. Unless one is handicapped in a way that incapacitates one’s judgment or prevents one from acting based on judgment, part of what it means to be human involves being free to make moral decisions and to be held accountable for these decisions and the actions that flow from them.

Of course, no one is completely free; our roles and situations often bind our freedom. So the practical questions are usually about what degree of freedom exists for a particular person in a particular situation, and how that person should exercise his or her freedom responsibly.

Americans hold their soldiers and leaders responsible for the decisions they make and the actions they take, even in the midst of battle. Certainly, some circumstances might mitigate judgment, but these mitigations prove the rule. Americans may understand the difficulty, uncertainty and urgency under which soldiers and leaders must decide and act, but this understanding has limits and does not erase the expectation of moral agencies.

If Americans hold soldiers and leaders responsible at the tactical level, so must they hold civil and military leaders responsible at the operational and strategic levels. Distance from the battlefield does not eliminate responsibility for the lives used and risked at those levels. When a government issues stripes, bars or stars, those accepting the promotion do not exchange their moral agency for the new rank. 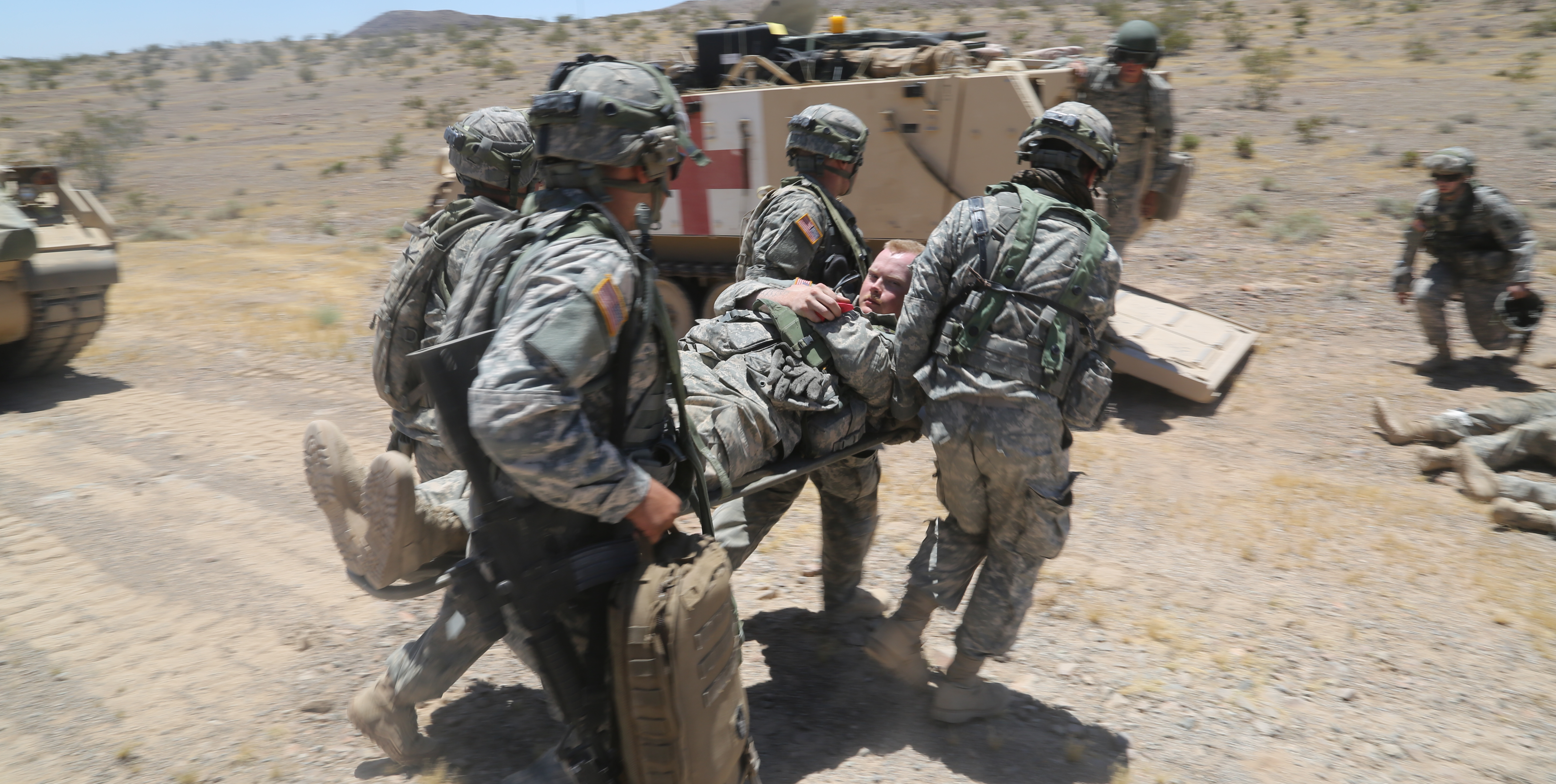 Neither do appointed or elected civil officials who accept positions of wartime responsibility. At the operational and strategic levels, both senior military and civil leaders are directly involved with the use and risk of lives.

The importance of moral agency at the strategic and operational levels emerges from a second direction: that of effectiveness. Albert O. Hirschman’s 1970 book, Exit, Voice, and Loyalty: Responses to Decline in Firms, Organizations, and States, is illuminating. Voice, according to Hirschman, is the feedback that customers, partners, employees and executives provide to help an organization understand what it is doing well and what it is doing poorly. Voice provides grist for an organization’s self-analysis, and for adapting to changes that affect the organization’s efficiency and effectiveness. In good military units, leaders at all levels seek out the voices of subordinate leaders and soldiers in planning, during rehearsals, and in after-action reviews.

Voice is especially important in the civil-military dialogue. After all, the purpose of a wartime dialogue is to identify the most prudent decisions and actions relative to one’s strategic aims, and the realities within which those aims must be achieved. The purpose is not merely to establish who is in control of whom. Voice helps ensure that the final decision authority hears what he or she needs to hear to exercise that authority responsibly.

Eliot A. Cohen, in Supreme Command: Soldiers, Statesmen, and Leadership in Wartime, says voice—he calls it “the unequal dialogue”—is sometimes difficult to deliver and disturbing to hear. Every participant in the dialogue leading to a final decision, however, must exhaust all voice options and avenues. Only by doing so is the final decision authority served well and assured that every relevant aspect of a problem and all the important dimensions of risk are fully vetted before a decision is made. This is the nature of a rough-and-tumble, unequal dialogue.

Hirschman reminds us that some organizations—or people within them—can be deaf to criticism. Other organizations avoid important but uncomfortable realities and discussions, or co-opt those who dissent or present alternative views so as to discount what they say. Still others are blind to facts that don’t fit biases, or simply deny that they have any deficient policies or ineffective strategies. Some organizations display more than one of these pathologies.

Hirschman describes exit as always a last resort. However, in these types of organizations, exit may be the only way to get an organization’s attention, help it understand that something serious is awry, or help it focus on what it prefers to ignore, even to its own detriment, he says. And exit may be the only alternative to salvage one’s integrity and keep from simply going along with a serious wrong.

According to Hirschman, an organization that limits voice or exit, whether overtly through formal policy or more subtly through culture or innuendo, may make it easier on itself in the short run, but not better in the long run. Certainly there are personal and institutional risks associated with both voice and exit—especially exit. But there are also risks associated with remaining silent, providing weak input, or staying in position in the face of serious organizational failure or substantial and avoidable ineffectiveness.