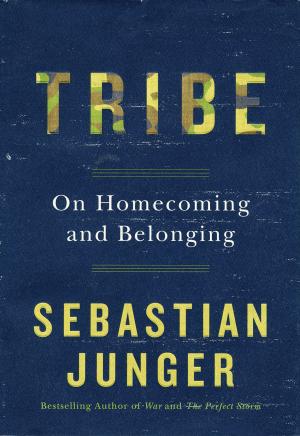 An increasingly affluent and urban American society has led to emotional disconnection and isolation among individuals, making it more difficult for men and women in uniform to reintegrate. That’s the premise of Sebastian Junger’s Tribe: On Homecoming and Belonging, a slim volume on post-traumatic stress disorder.

Junger is the best-selling author of several books including 2010’s War, which recounts the 15 months he spent with an infantry platoon in Afghanistan’s Korengal Valley in 2007 and 2008. He based Tribe on a article he wrote for the June 2015 issue of Vanity Fair magazine, “How PTSD Became a Problem Far Beyond the Battlefield.” The book is a fleshed-out version of the magazine article, but not by much. Tribe has only 168 pages, 30 of which are source notes.

Junger writes that anthropologists have identified three factors affecting a service member’s transition back into civilian life: returning to a “cohesive and egalitarian” society, not being perceived as a victim, and feeling as productive in civilian society as he or she did on the battlefield. Junger notes that the U.S. ranks low on all three.

In contrast, he offers examples from Iroquois warriors to modern-day Israeli citizens to bolster his point that “recovery from war—from any trauma—is heavily influenced by the society one belongs to, and there are societies that make that process relatively easy.”

With the Iroquois, for example, “the entire society was undergoing wartime trauma, so it was a collective experience—and therefore an easier one.” And Junger says the low rates of PTSD among members of the Israel Defense Forces can be attributed not only to the proximity of war itself but also to the shared national military commitment.

“Those who come back from combat are reintegrated into a society where those experiences are very well understood,” Junger writes, describing it as the “shared public meaning of war.”

American society “is alienating, technical, cold, and mystifying,” he says. “Our fundamental desire, as human beings, is to be close to others, and our society does not allow for that.”

Soldiers who talk about missing combat, Junger writes, are not missing war and violence but rather, the strong emotional bonds they develop with their unit that are difficult to replicate after they return home. Even so, the highest PTSD rates are not among service members who have experienced combat.

“Lack of social support has been found to be twice as reliable at predicting PTSD as the severity of the trauma itself,” he writes.

In an author’s note at the beginning of the book, Junger says he didn’t include footnotes because Tribe is not an academic tome. However, he included his sources because some of the information he presents “had the potential to greatly surprise or even upset some readers.”

Still, there’s value in Tribe, particularly as the drawdown results in even more soldiers returning to civilian life. Junger has offered a breadth of information worthy of a deeper dive.

WWI View From the Trenches 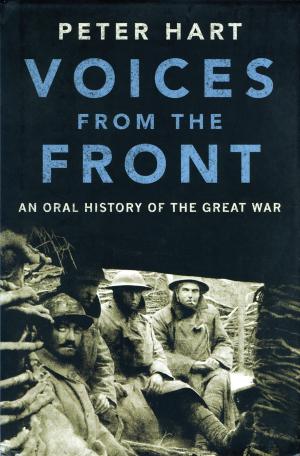 The volumes written on World War I could fill entire libraries. From the causes of the outbreak of the war to criticisms of its leaders, readers will have no trouble finding a book that suits their particular interest. But many of these histories fail to grasp the experience that impacted the lives of millions of young men and their families. What is missing is the voice of those who experienced the Great War firsthand.

British military historian Peter Hart has written more than a dozen books, several of which focus on World War I. In his latest, Voices from the Front: An Oral History of the Great War, he brings to life the horrors, triumphs and realities of his countrymen who fought in that war. The book is a compilation of about 200 interviews that Hart conducted with veterans during the 1980s and 1990s, when he was working for the Imperial War Museum London.

Voices from the Front takes readers from the early days of the war, when young men rushed to recruiting stations to sign up to fight for their country, to the reflections of veterans years after the final shots were fired. Each chapter covers a different period and aspect of the war, with Hart providing an introduction that supplies context to the interviewees’ words.

While Hart devotes most of the book to the Western Front, he also covers events that took place in the Middle East and at sea. Because of when he collected these oral histories, most of the men above the rank of field grade officer were dead. So the viewpoints range from private to lieutenant colonel, giving readers a view of war from the ground up. Hart’s work is of critical importance because it provides intellectual depth to those who wish to better understand the Great War and its impact on the world following 1918.

In his classic 1961 lecture, “The Use and Abuse of Military History,” Sir Michael Howard recommended that in addition to studying war in width and context, we study it in depth. According to Howard, this will dissolve the tidy outlines of history, allowing the confusion and horrors of the actual experience to rise to the surface. That is exactly what Hart does in sharing the unedited accounts of the veterans who spent years living in the trenches of Western Europe.

One of the many themes that shines through is the role that chance and luck play in war. Several of the veterans Hart interviewed described experiences that bring this point home time and time again.

In combat, no one really knows when the bullet that is fired will have their name on it. For example, Pvt. Frank Brent recounted his memory of Cpl. Robbie Robinson during the Battle of Gallipoli:

He was laughing at the remark and I can see him now grinning all over his face—the next thing his head fell on my shoulder and a sniper had got him through the jugular vein. I really think that was my baptism of fire, because Robbie’s blood spent all over my tunic.

Pvt. Basil Farrer summed up the outlook on life that many in uniform adopt while they are in the midst of combat:

I was apprehensive—I wondered if I’d be alive that night, I wondered whether I was going to be killed. I accepted the fact as a soldier; the thing was, you had to be a fatalist. We often said, ‘If it’s got your name and address on it; it will find you—so what’s the use of worrying!’ So you’ve just got to go and you hope for the best.

Overall, Voices From the Front is an emotional but enjoyable read that paints the Great War in vivid colors. Hart weaves the veterans’ stories through his own exceptional writing, providing readers with macro and micro views of many of the great battles.

This book is perfect for World War I history buffs seeking to gain greater depth in their understanding of the war. Additionally, this book is valuable for soldiers serving today who seek a connection with the warriors who came before them. 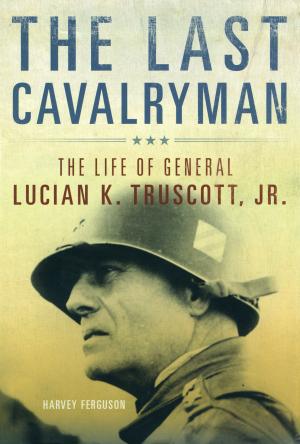 Seventy years after World War II, there remains much to learn about the war and from it. Three biographies of Gen. Lucian K. Truscott Jr. have been published in the last decade. Harvey Ferguson’s The Last Cavalryman is the latest—and a happy surprise.

Ferguson, a draftee who served in the 3rd Infantry Division in 1965, used the GI Bill to earn degrees in public administration and English literature. Leavened by a lifetime of experience with the Seattle Police Department as an officer, chief of operations and chief of investigations and as a friend of Truscott’s granddaughter, Ferguson took up the task of writing the general’s biography both to satisfy his own curiosity about the man and to learn whether he could write a book.

The Last Cavalryman proves that Ferguson can, indeed, write and will satisfy more than his own curiosity. This is a good book that illuminates Truscott from the vantage of time and from the perspective of an author unencumbered by assumption. He judges Truscott fairly and in context.

What is surprising is that there is so much yet to learn despite Truscott’s demonstrated excellence as a writer in his own right. Truscott’s memoir, Command Missions, is an honest and well-written account of his fears, mistakes and choices. Historian Edward M. Coffman believes it is one of the best World War II memoirs. The general’s son, Lucian K. Truscott III, completed his second memoir, Twilight of the U.S. Cavalry. It is an evocative narrative of the passing of the horse cavalry that demonstrates Truscott’s talent as an acutely observant raconteur.

Sensitive, courageous and mercurial, Truscott is no easy subject, yet Ferguson’s grasp is sure. Truscott served in the 3rd Cavalry at Fort Myer, Va., when that unit maintained the ceremonial standards in Washington, D.C., and in Arlington, Va.

Some of Truscott’s soldiers in E Troop, 3rd Cavalry Regiment plied the flat of their sabers to World War I veterans when the government ordered the bonus marchers dispersed and their camp destroyed. It was not a great moment in the history of the Army. Nevertheless, the general took pride in the restraint his troopers showed.

Ferguson’s assessment of Truscott’s handling of the mostly African-American 92nd Infantry Division is fair, if not flattering. As Fifth Army commander in Italy, Truscott found the 92nd’s black infantrymen wanting without questioning the leadership of their decidedly bigoted division commander, Maj. Gen. Edward M. Almond. Almond claimed African-Americans simply were not up to the tasks expected of combat infantrymen. Truscott typically looked to leadership when units failed. In this instance, he did not.

Ferguson is not as pointed in his criticism as he might have been, given Truscott’s positive experience working alongside the Buffalo Soldiers of the 9th and 10th Cavalry. Truscott got it wrong, but he understood the root of the problem. African-American soldiers, he said, were the product of “environment, education, economic and social ills beyond their control.”

Despite his mishandling of the 92nd, Truscott demonstrated character and vision. That vision served him and the Army well. Assigned to develop a special operations unit, he selected Col. William O. Darby to form the first Ranger battalion. Truscott followed their training carefully and applied the same approach when he commanded the 3rd Infantry Division and produced one of the great fighting units of World War II. He learned amphibious operations from the bottom up, beginning with command of a task force during Operation Torch. Later, he commanded at the division, corps and Army levels, demonstrating growth at each echelon.

Ferguson is effective when illustrating Truscott’s evolution and growth in North Africa, Sicily, Italy and during the invasion of southern France, where he commanded VI Corps during his fourth invasion. Later, Truscott returned to Italy to command Fifth Army. Finally, he succeeded Patton in command of Third Army during the early part of the occupation of Germany.

Ferguson’s narrative of Truscott’s postwar service with the CIA is first-rate. Truscott’s first job at the agency was to oversee covert operations in Berlin with an eye toward quashing any that might embarrass the U.S. He took the job seriously and stopped several misbegotten operations before they got underway. Later, President Dwight D. Eisenhower expanded his portfolio. Truscott remained with the CIA until failing health compelled him to leave in 1959.

Ferguson’s biography is a useful companion to Truscott’s excellent Command Missions. Truscott would likely approve of Ferguson’s assessment of him as a genuine hero but, like us all, flawed.

Col. Gregory Fontenot, USA Ret., commanded the 2nd Battalion, 34th Armor Regiment in Operation Desert Storm and the 1st Brigade, 1st Armored Division in Bosnia. He also served in the U.S. Army Training and Doctrine Command’s Command Planning Group; as director of the School of Advanced Military Studies; as commander of the then-Battle Command Training Program; and as director of the University of Foreign Military and Cultural Studies. An Army historian, he is co-author of On Point: The United States Army in Operation Iraqi Freedom.