If you happen to be a professional academic, a stoic or just generally cantankerous, please promise you won’t stop reading after the next sentence.

This article is about humor as an element of Army leadership.

That’s right, humor. It’s a uniquely human quality that increases resilience, creativity and trust while decreasing stress, fear and power distance—attributes that are arguably the very antithesis of toxic leadership. Despite these well-documented benefits coupled with the seemingly ubiquitous senior leader guidance that having fun or a sense of humor ranks among the most important aspects of leading and serving in the Army, isn’t it curious that humor doesn’t get even an honorable mention in the more than 300 pages of current Army leadership doctrine?

Some dismiss any serious consideration of humor as a leadership or management tool as incompatible with organizational culture, a distraction from organizational purpose and productivity, and even blatantly irresponsible. Others dismiss its value on the grounds that good leaders have an innate understanding of the value of positive humor and intuitively incorporate it into their leadership style and day-to-day activities.

Humor isn’t something that can or should be taught. And I am certainly not suggesting that the artful use of humor will usher in a revolution in leadership affairs. However, we should consider whether the Army is missing a small but powerful tool in leader development.

That gets us to the primary purpose of this article: the value of a leader’s deliberate use of positive forms of humor, also known as adaptive humor. (Yes, that’s really a thing—and how could the Army not embrace that moniker?) Adaptive humor provides tangible social, emotional and cognitive benefits that positively impact individuals and organizations and the overall performance of both.

Finding the Funny Bone
Because of the enigmatic nature of humor, there is little agreement on an academic definition of it. However, leading humor researcher John Morreall offers a useful perspective. He contends that humor is not merely something that makes us laugh; rather, it “is liking the mental jolt we get when something surprises us.” He further characterizes the sensation as simply “enjoying incongruity.”

We should also consider the four different styles of humor, which are based largely on the research of Rod Martin, author of one of the few collegiate-level texts on the subject, The Psychology of Humor: An Integrative Approach. They are:

A growing body of research suggests that instead of dismissing the value of humor, leaders may benefit from taking a more constructive and practical approach to the topic. First, given the paradoxical nature of humor coupled with its inevitable presence in the workplace, leaders should establish an organizational climate that encourages adaptive styles of humor—self-enhancing and affiliative—and discourages maladaptive—self-defeating and aggressive—styles.

Martin says with humor typically ubiquitous in the workplace, “the task for managers seems to be not so much to increase the level of fun and laughter, but to understand the meaning of the humor that already exists and to attempt to channel it in productive directions.”

For example, in the article “Growing Strategic Leaders for Future Conflict,” which was published in the Spring 2010 issue of the U.S. Army War College’s Parameters, “Interviewees noted humor as a defining characteristic of their successful seniors, with one combatant commander seeing humor as helping leaders to embrace an ‘output orientation … through a spirit of collaboration’ driven by ‘social energy.’” 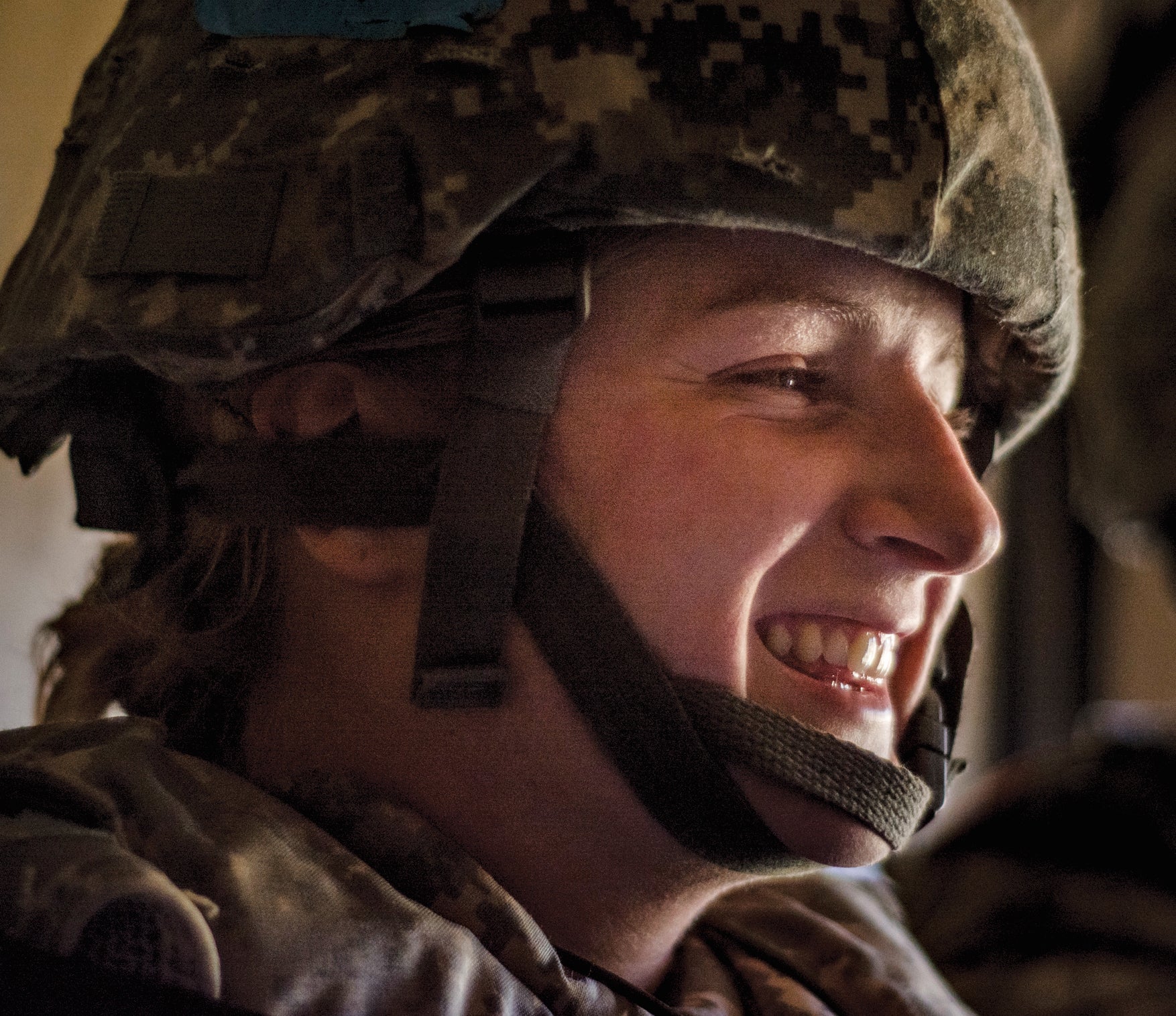 Humor in Uniform
Humor and the Army have a long-standing and complex relationship. American popular culture reveals many examples across several mediums, including books such as Catch-22; cartoons such as Willie and Joe and Beetle Bailey; TV shows such as M*A*S*H* and Hogan’s Heroes; and movies such as 1941 and—of course—the quintessential military comedy Stripes. But beyond these romanticized fictional examples, the historical record of humor in the Army is worthy of a deeper look.

While not without critics of his research methods, it is indisputable that over the course of five decades and four wars, S.L.A. Marshall observed many noteworthy Army leaders firsthand, both as a soldier and later as an official Army historian. A prolific writer, he published more than 30 books on warfare and leadership.

In the Military Tradition
Consider these observations from The Armed Forces Officer: “To speak of the importance of a sense of humor would be unavailing, if it were not that what cramps so many men isn’t that they are by nature humorless but that they are hesitant to exercise what humor they possess,” Marshall wrote. “Within the military profession, it is as unwise as to let the muscles go soft and to spare the mind the strain of original thinking. Great humor has always been in the military tradition.”

While current Army doctrine doesn’t even mention humor, it is interesting to note that this has not always been the case. Department of the Army Pamphlet 22-1: Leadership, published in December 1948 under then-Chief of Staff of the Army Gen. Omar Bradley’s signature block, explicitly addressed both the negative and positive aspects of humor in leadership. While it cautioned heavily against the use of sarcasm, irony, profanity—providing an exception, however, for “men whose use of profanity is so habitual that it is recognized as entirely impersonal”—and excessive “wisecracking”—ostensibly, maladaptive humor—the manual encouraged the use of adaptive humor:

When there is discouragement in the air, when exhausted troops must be called upon for another effort, a flash of humor helps greatly. It tends to give confidence in times of stress, even in the midst of the most confused and strenuous combat. Indeed, it is often the American way of implying sympathy and understanding and even cooperation in the midst of difficulty.

The endorsement of humor as an element of leadership also found its way into Field Manual 22-100: Army Leadership: Be, Know, Do, which was published in 1999. Humor’s importance is addressed in two separate areas dealing with direct leadership actions. Army leaders are reminded “that optimism, a positive outlook, and a sense of humor are infectious” and invaluable in dealing with adversity and unpopular decisions. The manual goes on to assert that “despite the pressure of too much to do in too little time,” effective leaders “keep their sense of humor and help those around them do the same.”

The potential benefits of using humor as a leadership tool should also be conveyed, linking it to other important Army concepts such as the development and maintenance of trust and cohesive teams, resiliency, and critical and creative thinking. Further, the enduring and demonstrated importance of Army leaders maintaining a good sense of humor should be enforced through relevant examples.

These ideas can be easily and clearly communicated through a relatively modest investment of two or three pages in the Army’s leadership doctrine publications. While this addition is not likely to usher in a revolution, it would certainly increase awareness, spark discussion and foster a deeper understanding of humor as an effective and accessible leadership tool. Clearly, the value of humor is no joking matter.