The Stars and Strikes Bowling Tournament really put the “fun” into fundraising—in fact, the benefits of the tournament turned out to be far more than just the dollars it raised for the Greater Los Angeles Chapter of the Association of the U.S. Army.

Stars and Strikes became an event that brought together the constituents of the chapter—groups that know of each other but don’t really know each other. 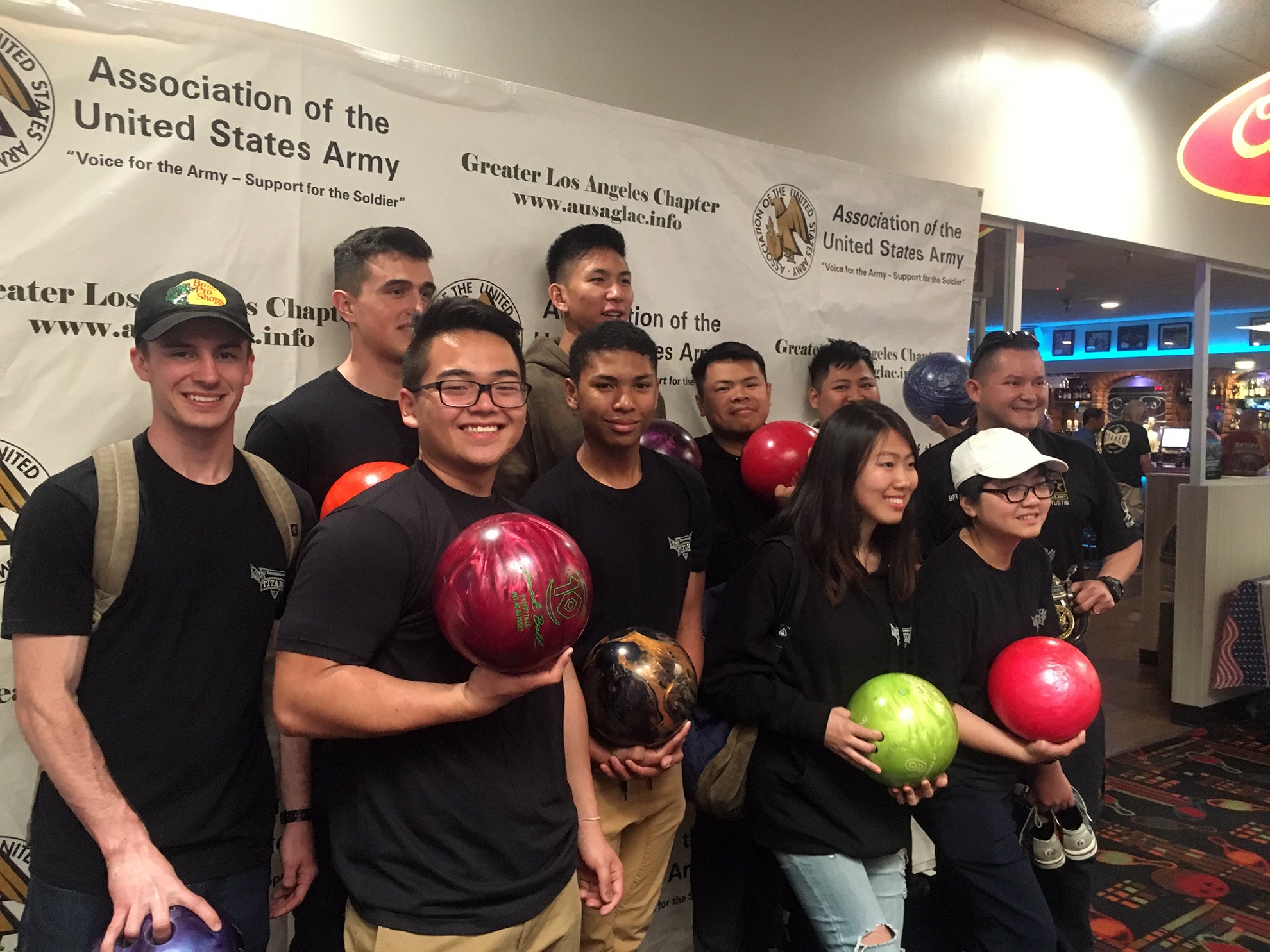 adets from the Fullerton ‘Titan’ ROTC Battalion took first place in the ‘Battle of the Battalions’ at the GLAC AUSA Stars and Strikes Bowling Tournament. (AUSA photo)

“Our ‘Battle of the Battalions,’ which pitted the four ROTC battalions in our area was great fun,” said retired Lt. Col. Pete Seitz, GLAC chapter president. “Seeing the cadets interacting, throwing some shade and getting to know the other battalions was priceless.”

The GLAC members had fun meeting the cadets and soldiers.

In fact, other bowlers at the alley came by to meet everyone once they heard about the tournament.

“It was an afternoon of great fun and great connections,” said Patti Mente, GLAC vice president and Stars and Strikes chairperson.

“The comment I heard most was ‘when are you doing this again?’ ”

The next Stars and Strikes Bowling Tournament is set for Nov. 9.