The Military Basketball Association held its annual basketball tournament April 12-14 at the U.S. Air Force Academy in Colorado with support from the Association of the U.S. Army’s Pikes Peak chapter.

“What better venue for these games than one of our nation’s most military supportive regions,” Sgt. Maj. of the Army Daniel A. Dailey said in a statement.

“To all of those leaders, the soldiers, sailors, airmen and Marines on the military varsity basketball individual men’s and women’s teams across our country, and in all military services—thank you for representing our armed forces so well, and for fostering a culture of physical fitness, competitive sportsmanship, and warrior ethos so vital to our military values,” Dailey added.

The 2019 MBA Championship men’s team is from Naval Air Station in Jacksonville, Florida, which edged out the team from Camp Lejeune, North Carolina, by just one point.

The 2019 MBA Championship women’s team hails from Joint Base Langley-Eustis, Virginia. This is the first year the MBA has featured a women’s tournament, and four teams competed. 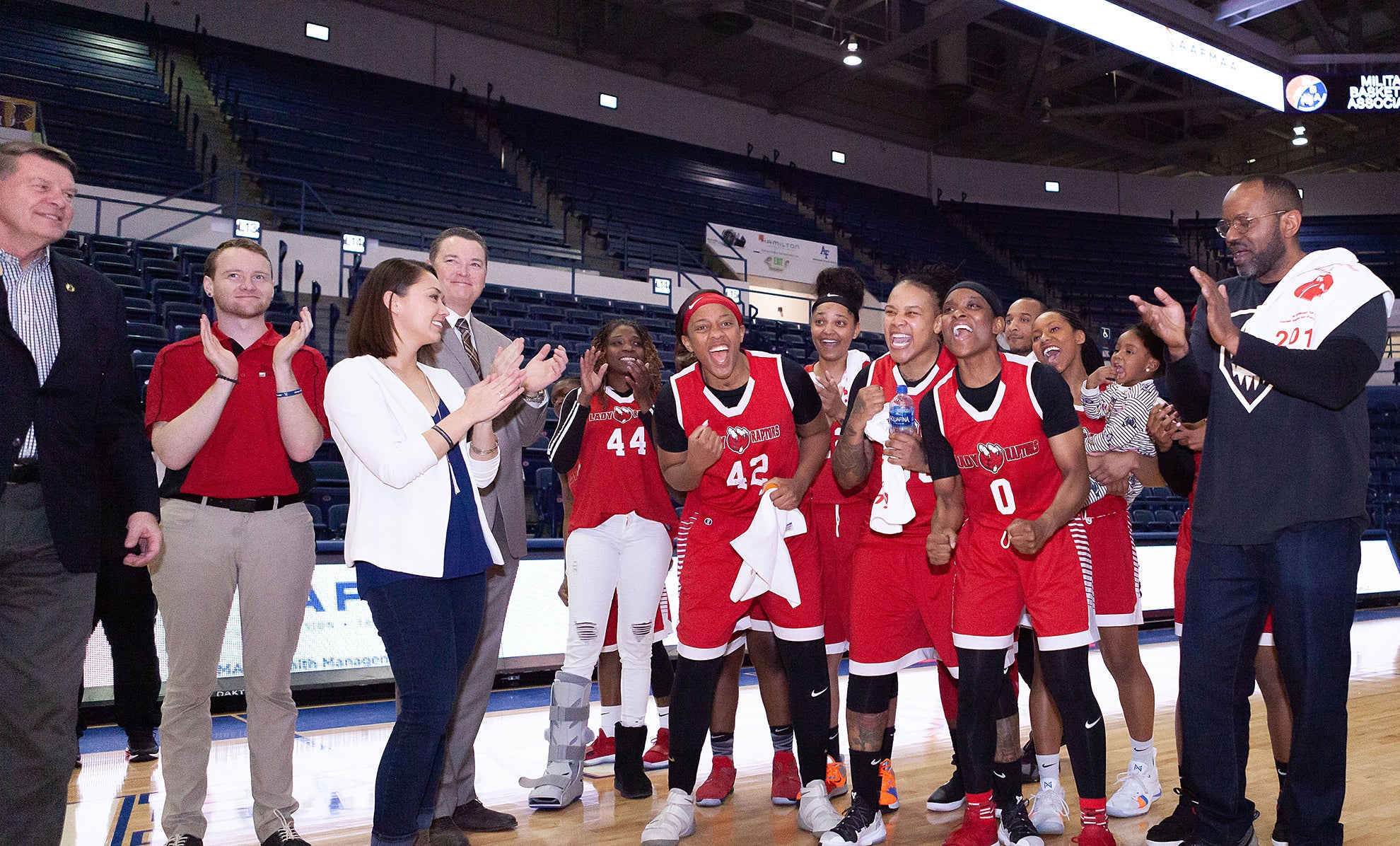 “Teamwork is the heart and soul of our armed forces,” said retired Lt. Gen. Guy Swan, AUSA’s vice president of education, in an interview. “There is no better sport to demonstrate teamwork than basketball.”

The MBA and the Pikes Peak chapter recently formed a strategic alliance to help tie together the missions and strengths of both organizations.

This partnership allows the chapter (https://ausappc.org) to manage many of the sponsorship, fundraising and promotional aspects of the tournaments, so that the MBA can focus primarily on tournament planning and execution.

The Military Basketball Association provides volunteer basketball coaches and players and seeks to promote the military athlete. The nonprofit association is governed by its commissioner and 10 board members.