The AUSA Book Program will release its second digital graphic novel in May, titled Medal of Honor: Roy Benavidez.

Master Sgt. (then-Staff Sgt.) Raul “Roy” P. Benavidez is a legend in the Special Forces community. Even before he earned his Green Beret, Benavidez showed uncommon courage and determination.

In 1965, while serving as a military adviser in Vietnam, a land mine explosion left him paralyzed, and doctors told him he would never regain use of his legs. Against doctors’ orders, he would crawl out of bed every night to strengthen his limbs. It took over a year, but he eventually was able to walk out of the hospital on his own power.

Benavidez went back on active duty and qualified for Special Forces. He returned for another tour of duty in Vietnam as part of the 5th Special Forces Group, Studies and Observation Group.

On the morning of May 2, 1968, he was at an airbase outside of Loc Ninh when some badly shot-up helicopters returned after an attempt to extract a 12-man Special Forces team in the field.

Benavidez jumped aboard to help with one more rescue attempt.

His actions over the next “six hours in hell,” as he later described them, were recognized years later when President Ronald Reagan presented Benavidez with the Medal of Honor—and they are recounted in full-color detail in the new graphic novel. 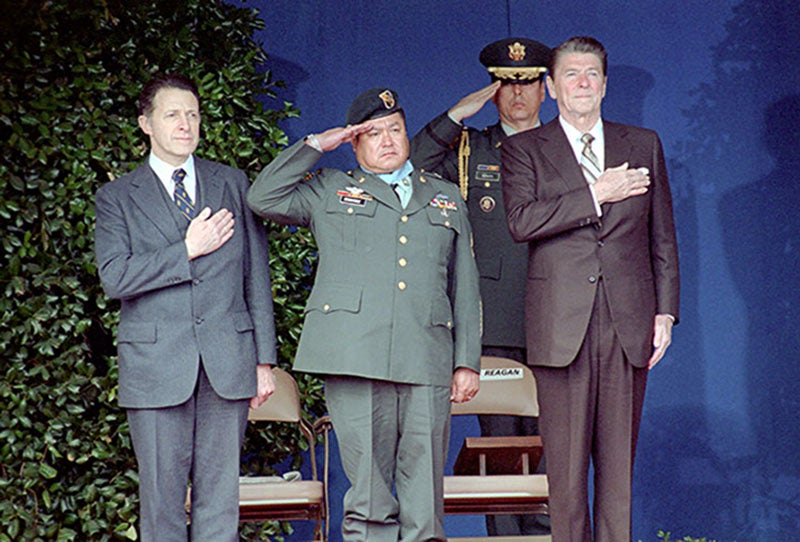 Medal of Honor: Roy Benavidez features the same creative team that put together Medal of Honor: Alvin York, which was released in October as AUSA’s first issue of the series.

These talented figures have worked on some of America’s most popular comics.

The script was written by Chuck Dixon, who is known for his work on books such as The Punisher, Batman, G.I. Joe, and The ‘Nam. Rick Magyar (Avengers, Captain America, Guardians of the Galaxy) provided pencils, inks and the cover.

The AUSA Book Program also had help from several advisers to make sure the details were correct.

And Eric Blehm, author of Legend: The Incredible Story of Green Beret Sergeant Roy Benavidez’s Heroic Mission to Rescue a Special Forces Team Caught Behind Enemy Lines, knew all the figures involved and helped clear up many questions.

To get your copy of Medal of Honor: Roy Benavidez, please visit www.ausa.org/books.