Greetings from the Association of the U.S. Army, our Army’s association for education and professional development and a major supporter of the Army’s Soldier for Life efforts.

The 36th annual David E. Grange Jr. Best Ranger Competition started in the dark of the morning on April 12 with 53 two-man buddy teams competing to be the best of the best at Fort Benning, Georgia.

The first event set the stage for the 60-hour challenge as all the teams sprinted from the starting line on a buddy-team run of unknown destination and distance. 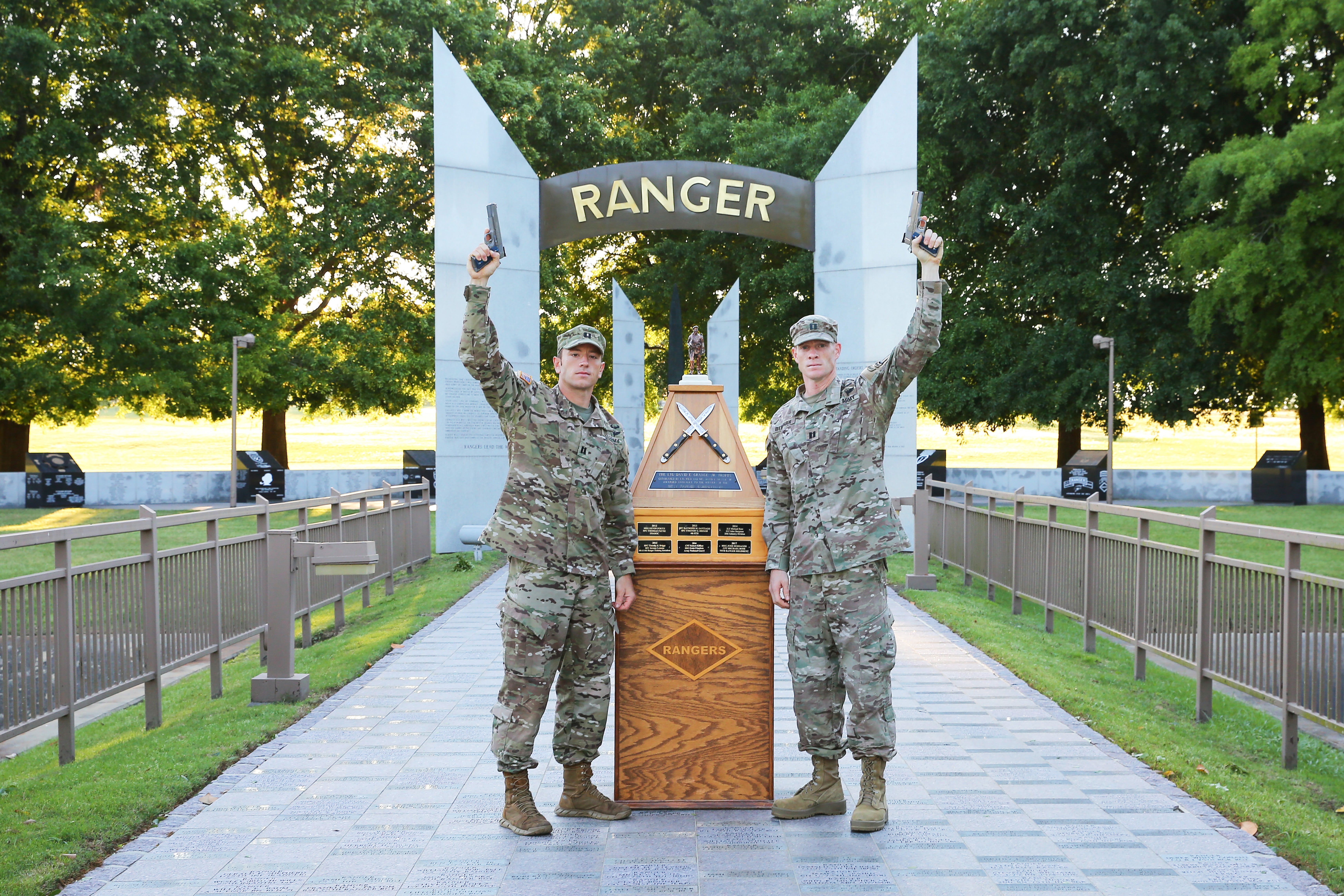 Both competed together as second lieutenants in the 2014, finishing in first place, while assigned to the 25th Infantry Division in Hawaii.

Additionally, Rose was part of the winning team in 2017 while assigned to the 75th Ranger Regiment.

Their persistent, dedicated and committed focus on physical strength and endurance led to their successful quest to be recognized once again as the best of the best.

Each year the competition evolves and changes from the previous year.

This year, over the three days and two nights of competition, the competitor field was cut to 24 teams after the first 24 hours, and then cut again to 16 teams for the final phase of the competition on Sunday.

The first event on the final day of the competition was the Darby Queen Obstacle Course. The teams must individually move over, around and through 24 challenging obstacles across Camp Darby.

Grange was a combat veteran of 20 campaigns from World War II, the Korean War, and the Vietnam War.

During his 42 years of service to America’s Army, Grange served as a Ranger instructor and director of the Ranger Department, and commanded Fort Benning, the 2nd Infantry Division and the U.S. Sixth Army.

The competition began in 1981 to identify the best two-man Ranger buddy team in the Ranger Department at Fort Benning.

The competition grew and expanded over the years to include all Ranger-qualified soldiers serving in all three components of the Army, sister services and partner nations around the world.

For those considering competing in a future competition, competitors must be Ranger qualified, have no adverse personnel actions pending, complete a Ranger Physical within the last 12 months, and submit a competitor packet with a letter of intent from their chain of command.

All competitors arrive three days early and are billeted on Camp Rogers for an orientation and training itinerary on the course.

All three teams had outstanding performances throughout the competition, consistently maintaining some of the highest scores in each event.

The competition would not be challenging enough without some Georgia thunderstorms, and this year was no different, with heavy rains arriving on the final day of the competition.

The competing teams were tested on their day and night land navigation skills, extended road marches, weapons firing on seven different ranges to include small arms and machine guns and establishing an 81 mm mortar firing point.

The competition included a host of obstacle course challenges to include the famous Darby Queen Obstacle Course, rappelling, multiple technical and tactical tasks, and, to keep the Rangers focused on the unknown, a variety of mystery tasks.

This competition represents, in many ways, what is expected of our very best soldiers in uniform who wear the Ranger tab.

Gen. Stephen J. Townsend, commander of U.S. Army Training and Doctrine Command, recognized the Best Ranger Competition winners along with all Rangers past and present.

Membership is the volume knob to ensure your voice is amplified many times over and heard throughout the halls of Congress, from sea to shining sea across this country, and throughout every small town and community in between.

Sgt. Maj. of the Army Kenneth O. Preston, USA retired, is AUSA’s Vice President for NCO and Soldier Programs and was the 13th Sergeant Major of the Army.