Radical Change Is Coming: Gen. Mark A. Milley Not Talking About Just Tinkering Around the Edges

The 39th Army chief of staff is plainspoken as he describes the Army’s dilemma when the service looks to the future.

“Every assumption we hold, every claim, every assertion, every single one of them must be challenged,” said Gen. Mark A. Milley, a graduate of Princeton University, Columbia University and the Center for International Studies at the Massachusetts Institute of Technology—only the second Army chief of staff to have an Ivy League education.

He is not talking about tinkering around the edges, as “change” often means for a 241-year-old institution that is older than the nation it protects. “The structure and organization of our Army, both operational and institutional, may change drastically,” he warned in a far-reaching speech at October’s Annual Meeting and Exposition of the Association of the U.S. Army. “We must be open-minded to that change. We may not have divisions or corps, tanks or Bradleys. We don’t know.”

Sitting at the edge of the unknown isn’t an easy place, but Milley said soldiers need to embrace change without necessarily knowing where it leads. The Army, he said, must “recognize that the future is not really knowable in any kind of detail. And frankly, we are not going to get it right.”

On Cusp of Fundamental Change

But Milley is convinced that war, especially ground war, is “on the cusp of fundamental change.” The character of war—how and where it is fought and with what weapons and tactics—is undergoing “fundamental, profound and significant change.”

Wars of the future will be “very highly lethal, unlike anything our Army has experienced since World War II,” Milley said. It will be hard for formations to hide on battlefields flooded with sensors, meaning survival could depend on having fast-moving, smaller forces. “If you stay in one place for longer than two or three hours, you will be dead,” Milley said. “That obviously places demands on human endurance and on equipment.”

Wars are more likely to be fought in dense urban areas with more robotic weapons and with a large civilian population in the middle of the fighting, a situation that makes the enemy elusive and combines conventional warfare with terrorism and guerilla activities. This requires “significant change in our current methods of thinking, training and fighting,” Milley said. “Army operations in complex and densely populated urban terrain are the toughest and bloodiest form of combat, and it will become the norm, not the exception, in the future,” he warned. 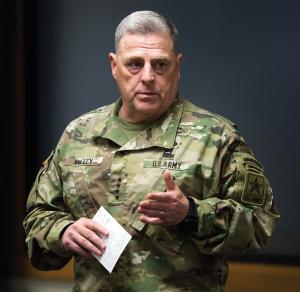 Life Will Be ‘Extremely Austere’

Wars in the future are unlikely to include the comfort and stability of operating out of well-equipped bases, Milley said. “Life will almost certainly be extremely austere,” he said. “Learning to be comfortable without being seriously miserable every single minute of every day will have to become a way of life for an Army on the battlefield that I see coming.”

Milley was talking about fairly rapid change for a 241-year-old institution he describes as adapting through evolution rather than revolution. Land armies will undergo fundamental changes between 2025 and 2050, he predicted.

Adjusting to the future envisioned by Milley is complicated by ongoing missions and constrained resources. “We find ourselves in a difficult place. Our readiness to fight a war against a high-end, near-peer adversary has eroded in the last 15 years as we have fought, and continue to fight, terrorists and guerillas in Afghanistan, Iraq and elsewhere,” Milley said. “We mortgaged our future. We mortgaged our future readiness and our modernization in order to adapt and sustain the fights in Afghanistan and Iraq.”

The Army, he said, is “facing tough strategic choices, and we are being increasingly challenged with very capable potential adversaries clearly acting in opposition of our interests.”

However, those potential adversaries should not believe the U.S. Army is weak. “Despite everything we’ve been doing, we will stop you. We will beat you harder than you have ever been beaten before. Make no mistake about that,” Milley said. “Many enemies have grossly underestimated the United States and its people in the past.”

Army Secretary Eric Fanning has had a similar message. “I would never say broken, I would never say hollow because it is a very strong, lethal Army,” he said at an October appearance at the Center for a New American Security in Washington, D.C.

“It is tired. We’re running it hard,” Fanning said. “We’ve been running it hard for a long time now, and there’s no end in sight to that [operational] tempo that has been tough on the Army, and it’s been at the expense, in some ways, of the future.”

Part of the challenge is that while the U.S. has concentrated on counterterrorism and counterinsurgency, other nations “went to school on us,” Milley said. “They closely watched how we fought in ’91 and ’03. They studied our doctrine, our tactics, our equipment, our organization, our training and our leadership. In turn, they revised their own doctrines, and they are rapidly modernizing their militaries today to avoid our strengths in hopes of defeating us at some point in the future.”

Fanning said the U.S. military faces a tougher challenge than adversaries. “We want victory in a decisive way,” he said. “Our adversaries just have to jam us or prevent something from happening.”

Progress is being made on readiness, which remains Milley’s top priority. “Our readiness is steadily improving across the entire formation of the United States Army, but our progress is slow,” he said. “It is going to take consistent, predictable funding and much more time and effort to reach the levels we need.”

Fanning also defended Army spending in a speech at the October AUSA meeting. “Do we need to spend as much as the next nine nations combined? The answer is yes,” Fanning said.

Overhauling the weapons-buying process is a way of improving readiness, Milley said. “We can do better,” he said. “We cannot afford acquisition failures. We cannot afford systems that are late to need, and we must not send tomorrow’s soldiers into harm’s way with yesterday’s equipment.

In the short term, the Army needs to focus on incremental improvements in critical existing systems that have a “high operational return,” Milley said. New systems will be built “only by exception.”

Critical capabilities include lethality, protection, integrated air and missile defense, ground and rotary-wing mobility, and improvement to the Mission Command network, he said. Cyber capabilities, both offensive and defense, also will receive focus. 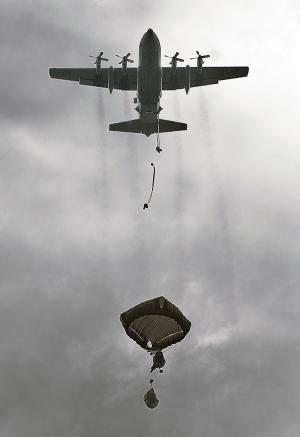 Fanning agreed with the scope of the problem. “We have cut the procurement budget pretty dramatically over the last 10, 15 years,” something that helps now but hurts down the road. “I worry about making sure that the future Army has what it needs to get done whatever it’s asked to do,” Fanning said.

There are capabilities the Army will need so it can operate in urban battles. Improvements in intelligence and reconnaissance systems are important to identify targets in a confusing urban setting, and forces will need to be able to operate independently for long periods and will need long-range precision weapons, he said. The Army will have to harden its electronic systems to defend against cyber and electronic warfare attacks, and be prepared to do without them. “We might actually have to read a paper map again,” Milley said.

“The ability of units to produce or purify their own water and locally manufacture their own spare parts with 3-D printing may become a necessity,” he said. Supply lines may need to largely consist of autonomous systems, such as robots and remotely controlled convoys, to reduce the risk to soldiers.

Soldiers also will need to be more independent and imaginative, he said. That means being able to selectively disobey orders under circumstances when they are not in communication with superiors. Milley is confident soldiers can do it.

“We come from a society of improvisers, a society of tinkerers, innovators, problem-solvers, techno-savvy at an early age,” he said. “Independence of action comes naturally to all Americans.”