Patton’s Hawaiian Ordeal: Even a Legend Can Learn From His Mistakes

Long before Gen. George S. Patton Jr. achieved international recognition as one of World War II’s most celebrated heroes, he had compiled an enviable military record. A recipient of the Distinguished Service Cross for gallantry in action and the Distinguished Service Medal for distinction in a post of high responsibility during World War I, Patton emerged as one of the U.S. Army’s most vocal proponents of armored warfare. Less well-known was Patton’s tour of duty with the Hawaiian Division, where his promising career was nearly sidetracked when he was relieved from duty as the division’s operations officer.

Then-Maj. Patton arrived in Hawaii in March 1925. Detailed to Schofield Barracks, he was appointed acting G-1 (personnel officer) and G-2 (intelligence officer) of the Hawaiian Division. Patton’s transfer to Hawaii was fortunate for an officer interested in training regiments, brigades and a division for war. In the continental U.S., the Army was dispersed in small detachments. As in the Philippines and Panama, however, Schofield Barracks could accommodate a sizable number of troops.

Patton arrived in time to view the Grand Joint Army and Navy Exercises in April 1925. He found much that he disliked in the annual maneuvers, but he earned the commendation of Lt. Col. J.B. Murphy, who served as an official observer of the annual exercises. Stated Murphy, “His tactical judgment is superior, he is well balanced, and he is a quick and enthusiastic worker.” Murphy continued, stating that in his opinion, Patton “would be an excellent commander of combat troops during war.” 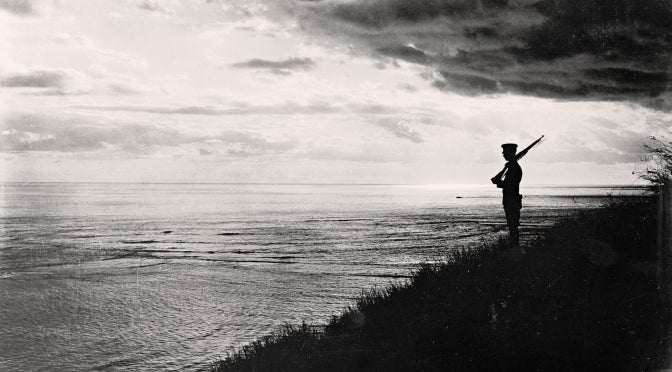 A sentry at Diamond Head, Oahu, Hawaii, in 1925 (Credit: Library of Congress)

A Troubling Period
In November 1926, Patton was reassigned to G-3 (operations officer), a post he had long sought because its functions were more akin to his peacetime interests of training and preparing troops for combat. As G-3, he served as the division commander’s advisor on tactical matters and often spoke in the name of the commander to subordinate commanders. As was his custom, the outspoken Patton made his presence felt immediately.

The 22nd Brigade of the Hawaiian Division held an exercise on how to conduct the advance guard, but Patton felt the demonstration was substandard and minced no words in his written critique to the brigade commander. He informed the brigade commander that the purpose of an advance guard “is the infliction of death wounds and destruction on the enemy troops with a view to establish both physical and moral ascendency over them. The gaining of ground in such a combat is simply an incident; not an object. … All exercises should be conducted with this idea in view.” Patton compounded his error and instructed all brigade, regimental and separate unit commanders to correct certain derelictions in military bearing among officers and men.

Rather than submitting his report to the division commander for his signature, Patton signed the report himself. It was an example of his lapses of military protocol. The brigade commander found Patton’s remarks utterly tactless, and he complained to the division commander. For a staff officer to “correct” a brigade commander was not only ill-conceived but also violated military protocol. Within months of assuming the G-3 post, Patton found himself the object of scorn from several senior tactical commanders. 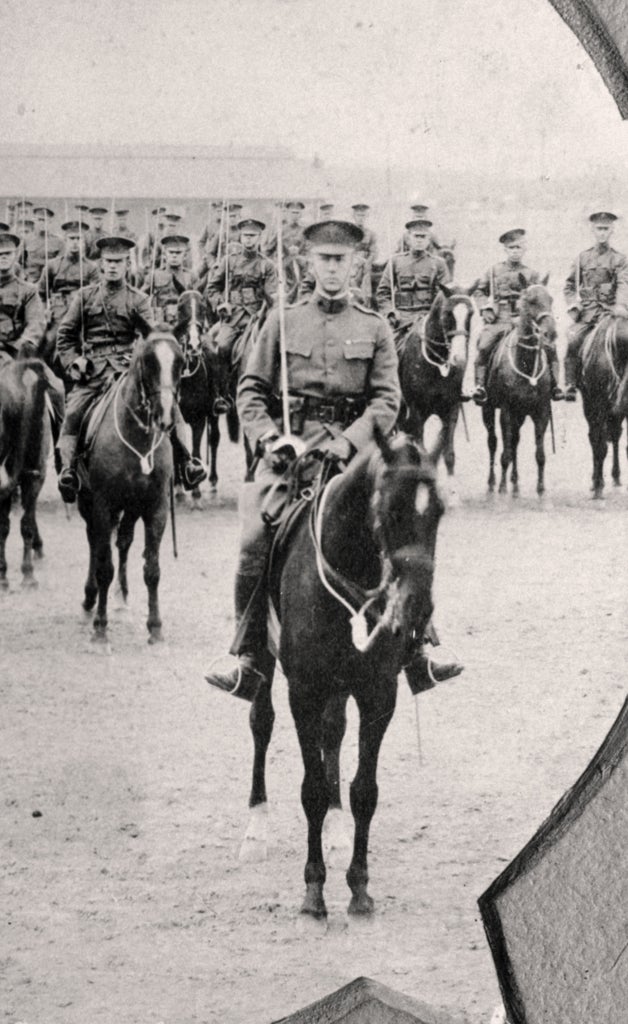 Relieved of Duty
Patton also offered his views on reducing the number of troops engaged in supply and administrative details in order to retain the maximum number of soldiers involved with military training. He then suggested an innovative training program to study how a division could gain protection against low-flying airplanes. Patton’s plan contradicted a War Department board that mandated that ground troops disperse once they were spotted by planes.

Patton opined that passive defense was no solution. To determine the efficacy of his own theory that a more proactive defense was more suitable, he proposed an exercise to determine whether his idea was indeed practical. Maj. Gen. William R. Smith, the Hawaiian Division commander, issued a letter prepared by Patton on the subject and ordered a demonstration.

In May 1927, the effectiveness of Patton’s notion was tested. Observing the exercise by the direction of the division commander, Patton wrote a scathing critique of the results. Having learned his lesson, he submitted his comments to Smith, who directed his adjutant to sign the paper and sent it to the brigade commander. In his critique, Patton noted that the officers in the battalion that had taken part in the exercise had failed on a number of critical points, not the least of which was that they had failed to use every available weapon to engage the enemy and had failed to coordinate fires. “As a result of these defects,” Patton wrote, “the impression was inescapable that the officers and men had not grasped the spirit of the proposed regulations.” 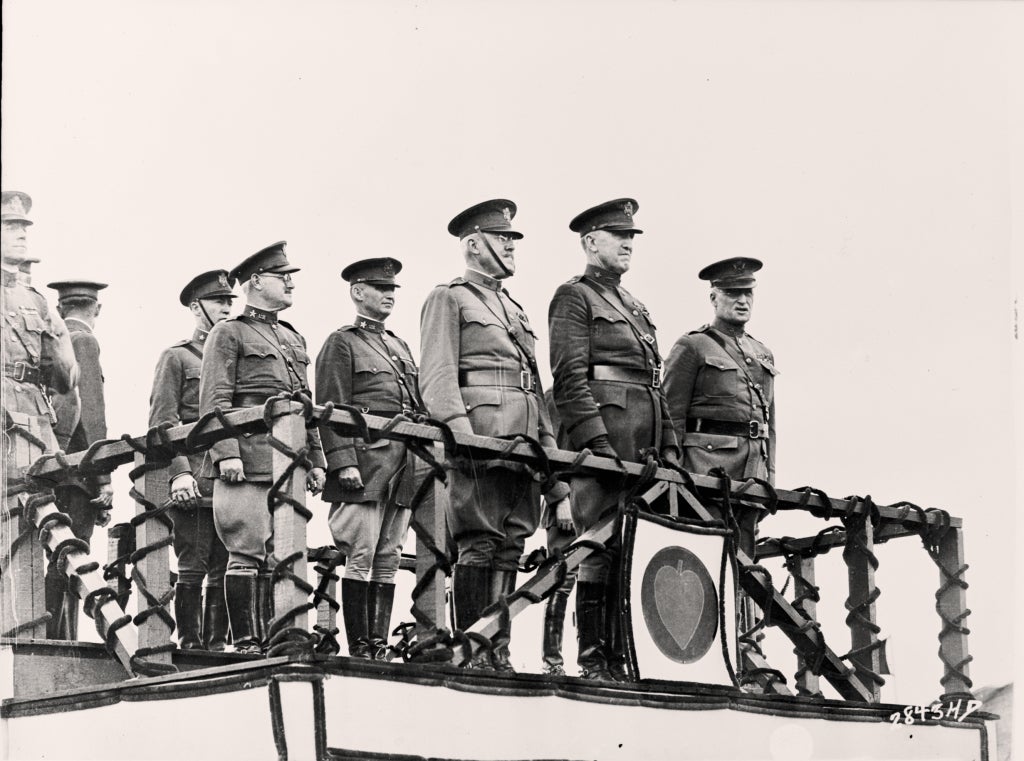 ‘Too Outspoken’
For tactical commanders who prided themselves on their leadership and their units’ war readiness, these were strong words from a relatively young staff officer. Though Smith signed Patton’s report, it was common knowledge that the author of the critique was not Smith, but Patton. As muttering among senior officers against Patton escalated, Smith removed Patton from the G-3 position and appointed him G-2. Smith stated his reason for transferring Patton to his intelligence officer was that he “was too positive in his thinking and too outspoken.”

Patton confided his resentment in a letter to his wife, Beatrice: “Gen S. [Smith] must think he was wrong as he had had both Floyd and Capt. Coffey tell me that it was only dire necessity which made him relieve me as G-3. Of course he is either a fool or a liar, probably both.” His demotion reminded him of his reduction from second to sixth corporal at West Point for being “too d— military.”

Though his reassignment to the G-2 post was disguised as routine, Patton remained embittered. In the judgment of Carlo D’Este, Patton’s foremost biographer, Patton “had been thinking and acting more like the World War I colonel he had once been than a relatively junior major. Patton’s yen for a war was inconsistent with the politics of peacetime soldiering.” What was clearly evident was simply that Patton’s abrasive nature and his denunciation of errors committed by superior officers had earned him one antagonist too many. Fifteen years later, these traits would reappear on the battlefields of Europe, but during the campaign in Western Europe, Patton seemed content to confine his impatience with senior officers to his personal diary.

Stung by his relief, Patton rededicated his efforts on the study of amphibious warfare and leadership in combat. In his 1927 lecture, “Why Men Fight,” Patton posited that superiority in leadership was hereditary and argued that the U.S. was hindered in finding leaders because of its “mono-class system.” “In this country,” he said, “we start our search handicapped by the absence of potential leaders consequent upon our lack of civilian class distinction.” As another example, his paper “Drills for Fighting” presented the outlook of a mature and thoughtful professional officer.

In another lecture, “Tanks Past and Future,” he told his audience he had “devised an American system of tank employment, which, though far from perfect, had worked satisfactorily. It was an error to have tanks precede the infantry against weak trenches. In future,” Patton opined, “it will be better to have the tanks follow the infantry over the front … and then deploy ahead for the passage through the delaying area.” 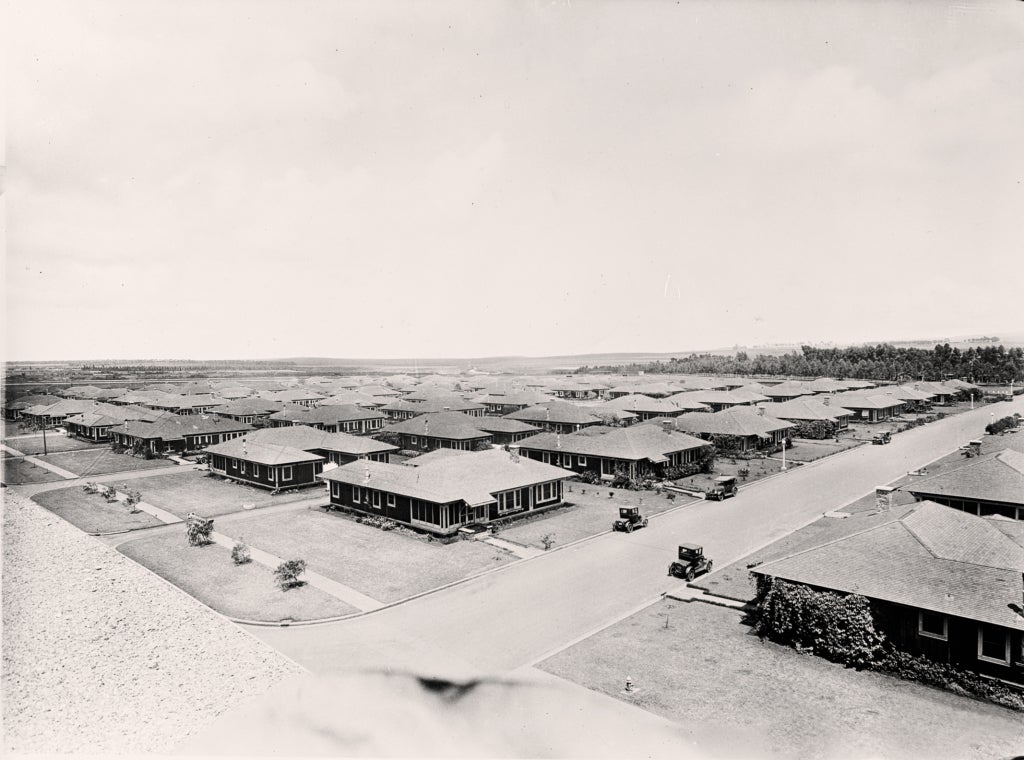 Schofield Barracks, Hawaii, here in 1925, was established in 1908 as a base for the defense of Pearl Harbor and Oahu. (Credit: Library of Congress)

Aftermath
Despite his chagrin over being relieved of duty, Patton applied for an extension of his tour with the Hawaiian Division. His motives requesting an extension to stay at Schofield Barracks are unclear. The War Department promptly denied his request and ordered him to be transferred to the Office of the Chief of Cavalry in Washington, D.C., in May 1928. The Chief of Cavalry implied that Patton had been selected to serve in his office because “mechanization looms very large in the War Department today, and your past experiences will serve you in this.”

Reflecting on Patton’s tour with the Hawaiian Division, Martin Blumenson wrote, “Patton’s three years in Hawaii were a pleasant social interlude and a sobering professional experience.” D’Este concurs, stating that while in Hawaii, Patton wrote about the war he knew, understood and discerned as few others did. Patton’s social life had never been better, his writing was prolific, and eventually his bitterness at being relieved was partially mitigated by the glowing endorsement of Maj. Gen. Fox Conner, the new commander of the Hawaiian Division. Conner wrote, “I have known him for fifteen years, in both peace and war. I know of no one whom I would prefer to have as a subordinate officer.”

About a decade later, Patton returned to Hawaii for a second tour of duty, once again drawing a reprimand from Maj. Gen. Hugh A. Drum, the Hawaiian Department commander, this time for unsportsmanlike conduct during the Inter-Island Polo Championship of 1936. Again, Patton survived the encounter with his commanding general. Drum and Patton put aside their differences and, as with Conner, Patton earned high marks from his commanding officer. Drum wrote, “Heretofore I have noted on this officer’s Efficiency Report a weakness in ‘Tact.’ In the last year he has overcome this weakness in a satisfactory manner.”

Perhaps lost on Patton was the realization that he had matured tremendously but without losing the ruthless drive that characterized his leadership in World War II.