On Sept. 8, 2009, in Kunar Province, Afghanistan, Capt. William D. Swenson earned the Medal of Honor by displaying conspicuous gallantry. That heroic event revealed Swenson’s true character. As he placed a mortally wounded comrade on a helicopter, a video camera captured the scene as he bent over and kissed him briefly on the forehead before returning to evacuate at least four additional comrades.

That kiss tells us more about Swenson and, more broadly, about the essence of heroism than anything found in his Medal of Honor citation. Swenson’s teammates report that this behavior was typical. That day and throughout his deployment, Swenson’s respect and care for his subordinates and his humble leadership created a cohesive team that was built on mutual trust, so heroism came naturally.

As they reflect on their actions that earned them the nation’s highest military award, most Medal of Honor recipients share the same story of courage through self-sacrifice. Nevertheless, there is more we can learn from this character trait than selfless courage, particularly its application in executing Mission Command.

Today’s complex and uncertain environment highlights the need for leaders who can effectively exercise Mission Command in such a manner that they confidently delegate authority and responsibility. It is in this environment that humility emerges as an essential attribute for Army leaders. Humility serves as the catalyst for reducing the risk and friction inherent in command, and it can preserve perspective and self-control, potentially preventing the blind spots and trappings sometimes found in positions of power. Leaders are not born with humility; rather, it is learned and developed over time. Leaders who learn to be more humble will gain a decisive edge when practicing Mission Command. 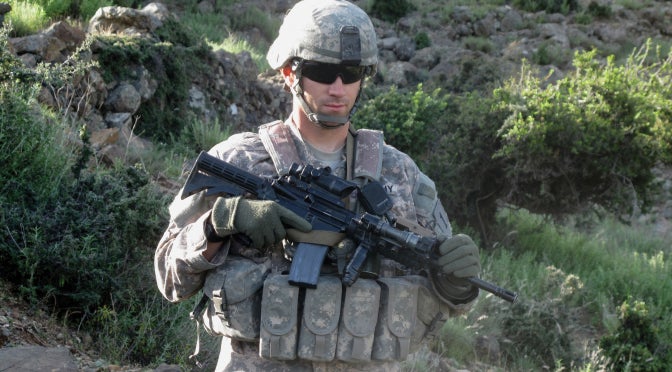 In his book, The Speed of Trust: The One Thing That Changes Everything, Stephen M.R. Covey wrote, “A humble person is more concerned about what is right than about being right, about acting on good ideas than having the ideas, about embracing new truth than defending outdated position, about building the team than exalting self, about recognizing contribution than being recognized for making it.” In other words, leaders with humility have a better appreciation of self, are more considerate of others, and are comfortable displaying emotions like empathy without losing their ability to take risk, impart discipline and lead with confidence.

Mutual Trust
Leaders must be simultaneously confident, charismatic and decisive while placing others before themselves. Humble leaders also exercise self-awareness and discipline while faced with the responsibility and accountability inherent to rank and position. An insecure leader might fear being overshadowed by people of tremendous ability and talent, but humble self-awareness of personal weaknesses is essential to building the mutual trust that binds cohesive teams.

Including the talents of all members of the team takes more than just asking for input. If the members of the team don’t trust that the leader considers their input valuable or if they feel belittled, dismissed or ignored, the entire team will be less likely to contribute. It really comes down to the adage that there is no I in team. Humble leaders who are committed to the members of the team and the goals of the organization are more likely to accomplish the mission and establish a positive command climate.

The best leaders often are not the ones who always provide the game-winning solution or the most visible contribution; they are often behind-the-scenes players who shun the limelight but always seem to make the organization work better when they are in charge. Consider basketball player Shane Battier. Despite a tremendous amount of playing time, his ball-possession and shots-on-goal statistics were some of the lowest in the National Basketball Association. In fact, he was barely noticeable on the court. Yet when Battier was in the game, the team invariably played better because of his teamwork and the subtle supporting elements of his game. Sportswriters refer to Battier as the “no stats all-star” because his contribution on the court was not reflected in his personal achievements. 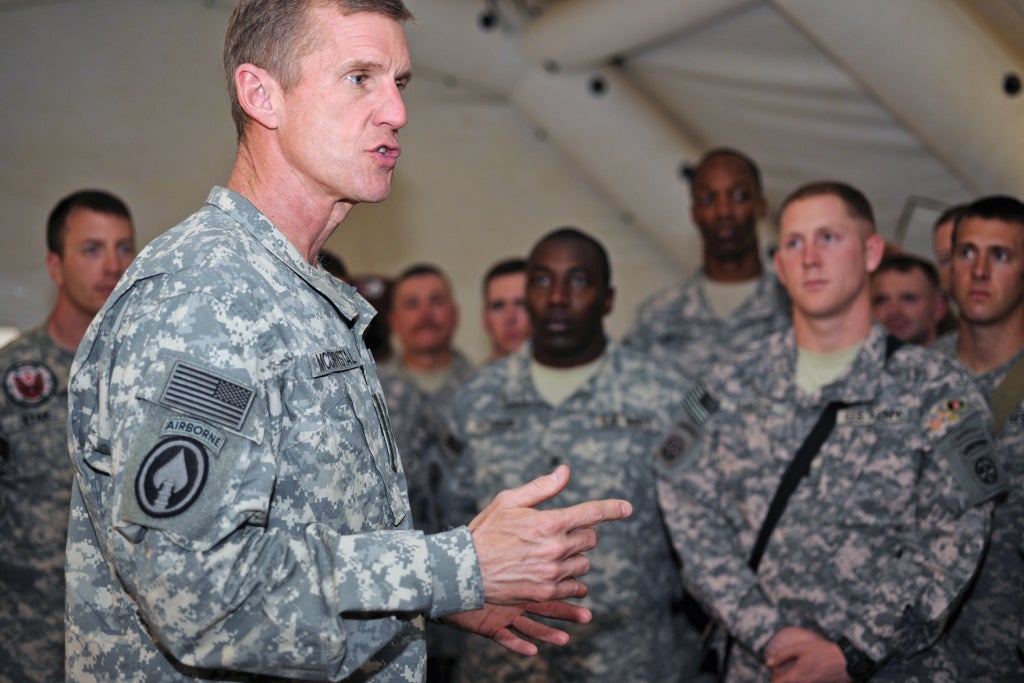 Shared Understanding
The second principle of Mission Command addresses the issue of common vision. Humble leaders create shared understanding through open and effective two-way dialogue between the leaders and the led. A humble leader effectively communicates intent and guidance, listens to feedback, and dialogues with subordinates and staffs. This interaction between commander, staff and subordinate commanders deepens bonds of trust and fosters a climate of collaboration. A positive, trusting environment allows subordinates to provide input without fear of being ignored or belittled, where a leader is open to discussion and conflicting views. That trust and climate are the foundation of Mission Command.

…exudes self-confidence and recognizes that the best ideas come from those closest to the problem.

…puts the organization first recognizing that he/she is merely a temporary steward of our profession.

… shows that he/she cares by investing in the people they serve.

…assumes blame for failure and focuses praise on subordinates.

…creates a culture of disciplined initiative by underwriting risk and supporting bold action.

…seeks to flatten organizations and break down stovepipes creating a free flow of information and ideas.

… creates a learning environment where people are not afraid to fail.

Humble leaders seek to break down organizational stove-pipes, empowering greater collaboration across and within the organization. Retired Gen. Stanley A. McChrystal is one of the finest examples of this attribute. A DEFENSETECH article described how “during his five years at [Joint Special Operations Command] and his truncated command of [International Security Assistance Force], McChrystal flattened hierarchies, empowered subordinates and everywhere pushed a freer flow of information between operators and analysts, between commanders and their units and even between oftentimes distrustful allies.” This example shows how humility can enhance shared understanding.

Disciplined Initiative
Army doctrine defines disciplined initiative as “action in the absence of orders, when existing orders no longer fit the situation, or when unforeseen opportunities or threats arise.” Fostering disciplined initiative requires an environment of mutual trust and a shared understanding within the organization that empowers subordinate leaders, like Swenson in Afghanistan, with authority to take action and accept risks with the full support of their supervisor or commander.

Humble leaders value the judgment of their subordinates and encourage them to take advantage of fleeting opportunities without waiting for approval. This quality is essential in a complex operating environment, in which the subtle nuances in cultural context can have tremendous impact on decisions.

The beach landings at Normandy provide an ideal case study demonstrating the power of disciplined initiative based on trust. On the Allied side, airborne forces missed drop zones, and amphibious forces landed on the wrong beaches. Yet amidst the chaos, leaders emerged who were able to keep sight of and operationalize Gen. Dwight D. Eisenhower’s vision. On the other side, Adolf Hitler’s forces, arguably better equipped and better organized, were paralyzed to respond to the invasion in the early hours of June 6, 1944, because no one dared wake Hitler to authorize the commitment of much needed armored reserves in Normandy.

In his book, Leaders Eat Last: Why Some Teams Pull Together and Others Don’t, Simon Sinek wrote, “The more energy is transferred from the top of the organization to those who are actually doing the job, those who know more about what is going on on a daily basis, the more powerful the organization and the more powerful the leader.” This transfer of energy requires, above all, a humble leader who sees himself within the proper context in his organization. Delegating authority and responsibility without giving it away creates initiative in organizations. It also requires trust and understanding, built on a leader’s humility.

Learning Humility
While some people are more naturally inclined to a humble disposition, experience suggests that with time, effort and wisdom, a leader can learn humility. George Washington serves as one such example. A young lieutenant colonel, Washington served as the commander of the Virginia militia and, by all accounts, was a highly ambitious and impetuous leader. His reckless actions in 1754 led to the capture of his entire unit at Fort Necessity. Compare this to his fateful decision nearly 30 years later, when he rejected thoughts of a military overthrow of the young government and humbly appeared before Congress to request nothing more than a quiet retirement to Mount Vernon, Va. 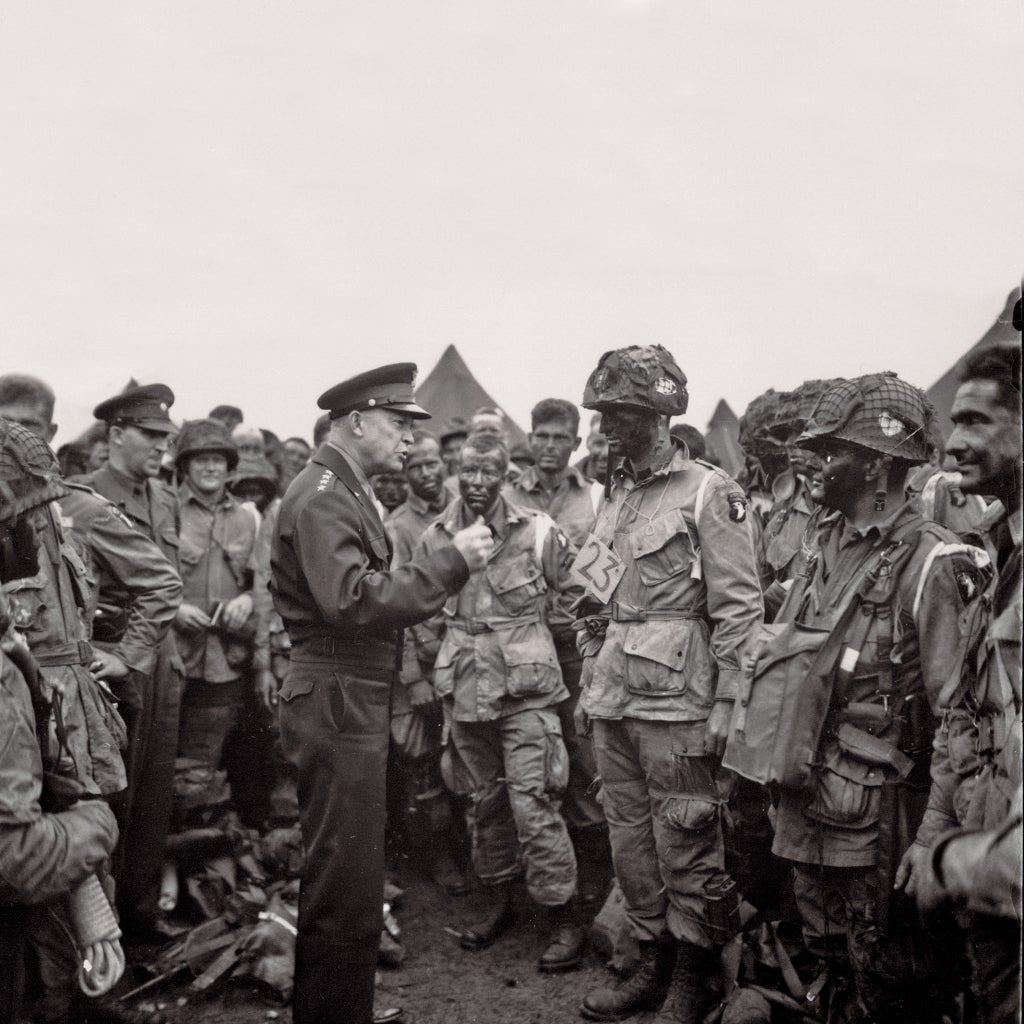 The ability to lead soldiers requires leaders to be confident, charismatic, decisive and able to build teams, while placing others before themselves. Trust within the organization grows from the realization that the leader appreciates the talents of each member of the team, creates shared understanding with buy-in from all with “skin in the game” and displays a level of selflessness. Humble leaders enhance command climate, leader development and, ultimately, Mission Command.

Humility acts as a catalyst in building cohesive teams based on mutual trust, creating shared understanding and developing disciplined initiative. Leaders with humility strengthen these principles, which enable a climate in which Mission Command can flourish. Leroy McCarty stated it best in an article on the website The Emerging Leader: “In the act of being humble, you make others feel important and valued. That is the gift of the humble leader. Focus on your humility and you will find it can lift a weight from your shoulders. It takes a lot of effort to pretend you know it all. Besides, it is more refreshing being around people with some humility. Arrogance gets old fast.”

Col. Robert M. Taradash is the Army advisor to the senior advisor to the Secretary of Defense for military professionalism at the Pentagon. He is a career military police officer and has served in leadership positions from the platoon to brigade level in Saudi Arabia, Iraq and Afghanistan, including three combat tours. He holds a bachelor’s degree from The Citadel and master’s degrees in administration from Central Michigan University and national security and strategic studies from the National Defense University.