After almost a decade and a half of continuous war, the Army has an opportunity to rethink the relationship between traditional schoolhouse learning and the variety of its continuous learning practices. Now is a good time to start that discussion with the help of the officers and sergeants who have experienced both while at war. These leaders may hold the answer to what the Army should do next. If you are one of those leaders, we want to hear from you.

The Army’s officer and NCO professional education programs are modeled after episodic learning with the aim to create understanding of doctrinal principles and patterns. Periodically, leaders must be educated, especially in doctrine and leadership as well as the theoretical and historical roots of each. This education explains what the institution expects of its leaders, given their rank and experience, and it transmits the basics of how the institution expects them to meet those expectations.

This education takes place away from units at one of the Army’s schoolhouses. Continuous learning, on the other hand, aims at practical wisdom and helps leaders apply schoolhouse learning to real life. It takes several forms: personal learning, peer-to-peer learning, leader-team learning, and learning that takes place during routine garrison operations as well as during individual, leader and collective training. The two forms of learning are designed to reinforce one another. Doctrine and leadership theory provide the principles that should guide practice, and practice informs doctrine and leadership theory so that they can adapt to changing realities.

We Want Your Comments on Army Learning Methods

We are looking for feedback about learning methods in the Army, comparing traditional classroom training with continuous learning in your units.

– What method of learning has worked the best for you?

– What method has been the least effective?

– How should the Army balance the two methods?

– Would you recommend any “best practices” in learning?

– Do you have suggestions for improvements?

Please send your comments by letter or email to ARMY magazine. The email address is [email protected]. The mailing address is 2425 Wilson Blvd., Arlington, VA 22201. 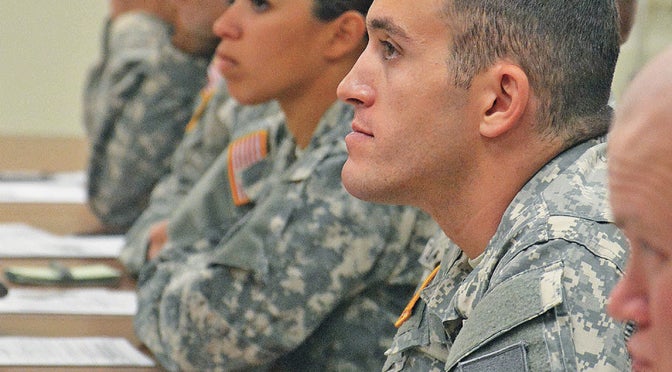 What’s the Point?
The relationship between episodic and continuous learning in the Army started changing in 2000 with the creation of CompanyCommand.com (now CompanyCommand.army.mil). This online forum started off with a key observation: Whenever they met, company commanders were always talking to each other about their commands. They shared what was working and what did not; they asked each other questions about how to approach common problems. These conversations happened on porches, in backyards, on beaches, in clubs—wherever company commanders met—but their conversations were limited by geography and time.

The online professional forum changed that, allowing commanders to “meet” and “talk” regardless of where they were in time or space. The forums allowed commanders to receive and give direct and practical leadership advice from an Armywide community. Online professional forums multiplied in the last 25 years, partly because of their utility and partly from necessity. The war and the slowdown of leader attendance at episodic schools increased the value and necessity of what could be learned through these forums.

At first, the online forums addressed only scope and scale. Conversations on forums mirrored their backyard predecessors, but as time passed and more leaders participated, that changed. The company commanders of 2000 are now colonels; for officers who came on active duty after 2000, communicating through an online professional forum “is the way it’s always been.” Several generations of leaders have learned using methods and means different from their predecessors. This multi-generational experience, one would expect, has had an effect on both continuous and episodic learning in the Army.

For example, consider Stephanie, whose unit took its first casualty in Iraq. She knew the doctrinal approach to dealing appropriately with a casualty, but she also needed to hear voices of peers who had lost soldiers as well, along with practical advice. She needed to know how to run a meaningful memorial service, and she wanted insights about how to communicate with family members of a lost soldier. Through the forums’ network she was rapidly in contact with three other leaders who had that experience and were willing to share it. 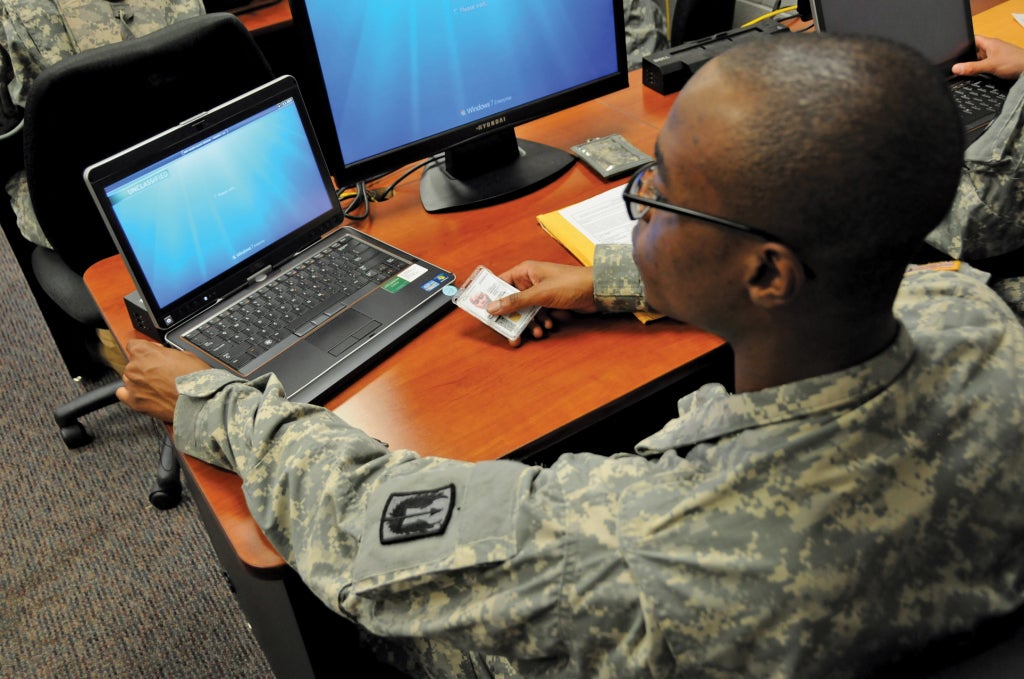 Consider the staff officer who went to combat thinking he was going to be on staff the entire tour. A company commander in his unit was killed in action, though, and his battalion commander told him to prepare to take command almost immediately. What he needed in that moment was the ability to connect with other leaders who had also taken command after the unit’s previous commander was killed in action. He needed practical advice as to how to help the unit grieve their loss and then get back up in the saddle and complete their mission, all while taking command, conducting inventories and continuing combat operations. Through the forum, he was able to connect with three other leaders who had this same experience but were no longer in theater. This type of capability is historically unprecedented and fills what was previously a critical gap in our approach to generating professional knowledge.

How Can This Learning Help?
Combat—as well as preparation for it—is a learning race. Even as we make adaptations, our enemy is already responding. In an environment that is constantly changing, chaotic and complex, expertise increasingly shifts to the edges at the interface between the organization and the environment.

The simple reality is that the solutions to address our greatest challenges or capitalize upon our greatest opportunities are already being developed by leaders at the edges of the organization—at the interface with the environment. Thus, institutional leaders and those responsible as proponents of institutional knowledge must not see themselves as experts and must refrain from telling the field what to do. They should function as explorers and learners in order to understand what they are being taught and then look for ways to scale that out across the organization. Professional forums allow for practitioners in the field to generate professional knowledge as challenges arise in the environment and then share that across the organization, while at the same time being informed by doctrine and episodic education.

These forums have been—and continue to be—hugely beneficial to the Army and its leaders. They have changed the ways in which the Army learns both continuously and episodically. They have accelerated learning. Commanders and others have had the opportunity to learn and pass along lessons learned virtually in real time. In this way, they have contributed to building combat-ready leaders and teams. They have also fostered a greater sense of professionalism by expanding the number of junior officers who created useful content instead of waiting for the Army to send them to school to learn what they needed to know.

Furthermore, the forums were often brought into the classrooms of various episodic courses, increasing relevance and demonstrating the applicability of what was being taught in the schoolhouse. The forums also demonstrated the trustworthiness of junior officers in taking their profession seriously, thus elevating the discussions taking place in unit-led officer professional development programs, NCO development programs and leader-team training.

Forums, along with other online learning tools, created a body of experience that was used at some posts to set the right conditions for home-station live, virtual and constructed training as well as the training taking place at combat training centers. These examples are illustrative of other benefits the Army has received from online professional forums.

What’s So Different About It?
At the same time, the forums have challenged the institution. The pace at which new knowledge can be generated online is much faster than the institution can—or should—make changes to doctrine. This time difference, however, can create conditions where the Army risks becoming a de facto practice-based institution and not a doctrine-based one. There has always been a healthy tension between these two aspects of professional learning; the institution needs both. Keeping them in relative balance is always difficult, more so in times of rapid change like those war creates. The online professional forums have challenged the institution in a positive way to accelerate the ways it updates doctrine.

Finally, some of the online forums are closing down—even as others continue to flourish. This is just one example of the kind of hard, budget-related decisions that the Army and its sister services are forced to deal with. Reductions in online forums will require the Army to rethink how its leaders learn.

For over 15 years and multiple combat tours, the Army has created an expectation that online forums are an important part of the way leaders learn and prepare themselves for the challenges of combat leadership. They are also extremely useful in distributing best practices and lessons learned. Closing forums may create learning vacuums, slow learning in some sectors, and a greater lag between the institution and the field. At the very least, closing will require figuring out how to address leaders’ expectations about the capacity to conduct—and benefits from—peer learning.

Now What?
We expect that there are multiple perspectives concerning the issues that this essay presents. In our own thinking, we’ve made some assumptions: that doctrine and practice are, and should be, related; that there is a relationship between the two modes of learning; that the content of—or methods of—presentation within the institution’s professional military education programs has been modified to take account of the content now available on online continuous learning forums; and that training—whether live, virtual, or constructed at home station or a combat training center—has benefited from the content of both episodic and continuous learning.

We don’t know the answers to the questions we pose, and we can’t assess whether any of the assumptions are valid. The answers and assessments are important, though, for they affect whether the Army becomes a full-spectrum force, neither stuck in the Iraq and Afghanistan mode nor forgetting all that it learned at war by resetting to the institution’s conventional war bias. The Army is lucky to be led by a set of senior leaders—generals and command sergeants major—who take the learning, adapting, education, professional development and training necessary to create and sustain a full-spectrum Army very seriously.

We’re wondering what advice the Army’s officer and NCO corps would give these leaders as they think through the Army’s next steps in evolving continuous and episodic learning. We’d like to hear your thoughts, too.

Lt. Gen. James Dubik, U.S. Army retired, a former commander of Multi-National Security Transition Command-Iraq, is a senior fellow of the Association of the U.S. Army. He holds a doctorate from Johns Hopkins University, Baltimore, and is the author of Just War Reconsidered: Strategy, Ethics, and Theory.

Nate Allen, USA Ret., Ph.D., served 24 years in the Army and co-founded CompanyCommand.army.mil and PlatoonLeader.army.mil. He taught leadership at the U.S. Military Academy, from which he graduated in 1990, and the National Defense University, where he earned a master’s degree in national security strategy. He holds another master’s degree in industrial/organizational psychology and an MBA from the University of Colorado.