Every winter after the first snow, backs everywhere are sore, just as they were the year before. Those snow-shoveling muscles get a workout in a way they just don’t get in the gym or on a run. In much the same way, the publication of Multi-Domain Battle in October 2017 challenged the Army modeling and simulation community in a way that it hasn’t been since the publication of Field Manual 100-5: Operations in 1982.

Multi-Domain Operations is the new lens through which the Army will assess gaps, develop requirements and compare alternative solutions. No longer will unified land operations suffice to address the problems facing the Army. The Army can’t simply leverage supremacy from the air to gain a combined-arms advantage in the land domain, because now all domains are contested. Integration of joint capabilities isn’t the answer, because our processes, systems and organizations are too slow and adversaries have found ways to disrupt our joint integration.

Multi-Domain Operations is the framework the Army will use to solve the problem stated in Multi-Domain Battle of how to “deter and defeat increasingly capable peer adversaries intent on fracturing allied and Joint Force cohesion in competition and armed conflict.” Army senior leaders require multidomain operations to be represented in the combat models and simulations that support decisions.

There are some broadly applicable insights from an examination of Multi-Domain Operations and lessons learned from an effort to represent a multidomain operation in a combat model that merit disseminating to the Army analytical community. It’s time to start shoveling snow.

There are three key attributes of Multi-Domain Operations that a combat modeler needs to know to ensure the correct threads are pulled during war games to facilitate the representation of multidomain operations in a combat model: difficult decisions, timely convergence and an operational framework designed for convergence.

Difficult decisions. Commanders will have to make difficult decisions since they will not enjoy dominance in any domain persistently. These decisions will take the form of when, where and under what conditions to converge capabilities to create windows of advantage to enable maneuver, achieve objectives, exploit opportunities or create dilemmas for the enemy. If this sounds familiar, good, because it should sound like combined arms. Field Manual 100-5: Operations stated: “Combined arms refers to two or more arms in mutual support to produce complementary and reinforcing effects that neither can obtain separately,” and further that “complementary combined arms should pose a dilemma for the enemy.”

Timely convergence. When a commander makes the decision to converge capabilities across domains, that synchronization needs to occur on a timeline that allows the force to exploit the opportunity. Joint integration is the current construct that most closely resembles convergence, but there are two important differences emerging from studies into Multi-Domain Operations.

The first difference is the future operating environment demands convergence occur on a timeline shorter by orders of magnitude (minutes, not days). The second difference is the division and brigade require access to multidomain capabilities. Authority and ability to converge multidomain capabilities cannot reside with the joint task force commander.

Gone are the days when the division shaped the deep area while the brigade operated in the close area. In a multidomain operation, the corps, division and brigade may all contribute to the convergence of capabilities at one place on the battlefield; war games reveal that this will be a necessity in the close area and deep-maneuver area as forces seek to penetrate highly contested areas.

The process for developing a multidomain operation is not unique. Point of fact, the process is the military decision-making process with a greater emphasis on the importance of facts and assumptions, the decision support matrix, the decision support template and the synchronization matrix. These tools are indispensable to the combat modeler.

Identifying facts and assumptions about the performance and concept of employment for emerging Army systems is foundational to representing convergence, because these facts and assumptions place an impetus on the friendly commander to make difficult decisions during the development of a multidomain operation. 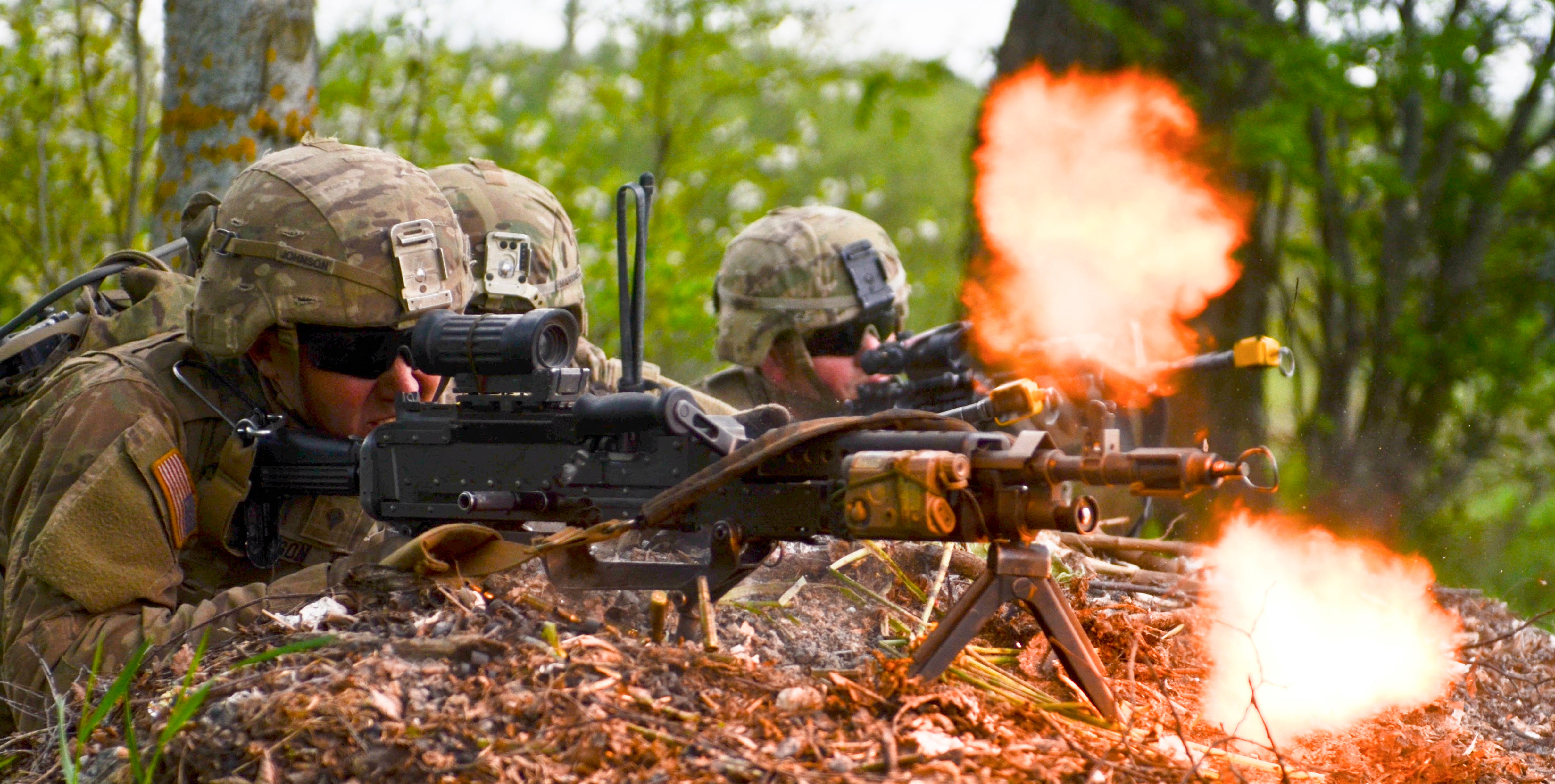 The critical component to representing convergence is defining when, where or under what conditions a commander will converge capabilities to deliver a desired combined effect on the enemy, because this information provides the logic that drives the multidomain operation. This may sound familiar, because the critical component to representing convergence is essentially a decision-support matrix/template. The decision support matrix provides the logic that drives a multidomain operation, and that logic is driven by intelligence. These decision support tools provide the analyst places and times to represent intelligence, surveillance and reconnaissance assets to answer a commander’s critical information requirements and make decisions as to when and where to converge capabilities.

Kinetic effects are unlikely to present an issue in the representation of Multi-Domain Operations. Suitable assumptions will likely be agreed upon. Performance data for emerging technologies can be estimated or surrogated from existing systems. If the behavior of an emerging technology requires a new representation, model developers may be challenged to design new methodologies. As an observation, kinetic effects are unlikely to cause an analyst difficulty in representing Multi-Domain Operations.

One reason why Army combat models are a powerful contribution to the decision-making process of Army senior leaders is that they are enabled by objective data. Representing Multi-Domain Operations, as proposed, requires assumptions about the capabilities and limitations of future technological solutions, and requires subjective external adjudication by subject-matter experts of nonkinetic effects. This should not dissuade decision-makers or analysts from using combat models. The proper way to use combat models has been, and always will be, to clearly state the assumptions and test sensitivity to those assumptions when the study demands it.

Army analysis requires representation of Multi-Domain Operations in combat models and simulations. Multi-Domain Operations possesses unique attributes, but the differences shouldn’t delay its representation in modeling and simulation. Developing a multidomain operation for representation requires a foundation of accepted facts and assumptions about the performance and concept of employment for future capabilities. These facts and assumptions force a commander to make difficult decisions. These decisions are critical to creating a multidomain operation driven by intelligence and should be documented using a decision support matrix and a decision support template.

The convergence of capabilities is guided by a synchronization matrix. The synchronization matrix allows the analyst to preview the available measurement space and identify points of convergence. Nonkinetic effects require adjudication from subject-matter experts, but this shouldn’t hold up the representation of Multi-Domain Operations either. Multi-Domain Operations represents a challenge to the modeling and simulation community, but it’s a challenge the Army analysis community has faced before.