The Army’s Military Decision Making Process has remained relatively unchanged, at least from the time that I first studied it in the early 1980s. Is it time for a major update?

At its heart, the Military Decision Making Process is a process that blends activity of the seven battle operating systems into a coherent plan that has a good probability of success. The systems, however, have shifted at least twice in the past 25 years. Perhaps more importantly, a third change, one likely to alter the MDMP dramatically, is happening.

The first shift occurred when the Army introduced, then gained proficiency at using, digital technologies in tactical operations centers. This shift was an organizational one, going from an industrial-age model to a network model. The industrial model, below, is primarily hierarchical. In this model, the battle operating systems are more like stovepipes integrated by the commander and staff through the steps of the MDMP. Making decisions, taking coherent action and adapting is predominately sequential in this model.

This is the model I learned, then used through battalion and most of brigade command. Even in the latest doctrine, Field Manual (FM) 5-0: The Operations Process, the MDMP reflects this model. Under this model, leaders within each battlefield operating system are encouraged to coordinate with each other and with other echelons within their functional area. Final coordination, integration and synchronization of the battle operating systems, however, remain a function of commanders and staffs.

This model started to change in the mid- to late 1990s as the Army introduced digital technologies into unit tactical operations centers during a series of Advanced Warfighting Experiments. The Army then used what it learned to make changes to the force structure called Force XXI. Slowly, a new network model, right, emerged.

While the commanders retain final decision authority, the process that feeds their decision is much less hierarchical and provides for more simultaneity. The way commanders and their staffs can make decisions, take coherent action and adapt as a battle unfolds—among echelons of command and within echelons of each battle operating system—shifted dramatically as digital tools and methods became routine. The tools allow much more integration and synchronization among the battle operating systems, breaking down stovepipes and reducing the requirement for directive leadership from commanders and staffs. This was the model I learned when my brigade in the 10th Mountain Division (Light Infantry) was selected to conduct one of the Army’s Advanced Warfighting Experiments.

In a 1996 Land Warfare Paper, “Creating Combat Power for the 21st Century,” I described a first cut at some of the effects that adopting a networked model may have. Some writers at the time talked about “self-synchronized” staffs. I still think that was a bit of a stretch, but without doubt the digital tools began to change the way staffs served their commanders and commanders made decisions, directed action and adapted.

Ultimately, the Army used the networked model for its Stryker brigade combat teams. It became the basis upon which teams were trained and its commanders and staffs were developed. The current U.S. Army Training and Doctrine Command (TRADOC) commanding general, Gen. Stephen J. Townsend, and the commanding general of U.S. Army Pacific, Gen. Robert B. Brown, for example, mastered the use of this model as Stryker brigade combat team commanders and then at higher levels of command. Retired Gen. Stanley McChrystal’s My Share of the Task is a description of how his special operations command shifted from a hierarchical to a networked organization. Leadership and corporate action change, as Townsend and Brown found and McChrystal describes, in a unit that adopts a network model. Organizations are a network of networks, or team of teams, in McChrystal’s parlance. 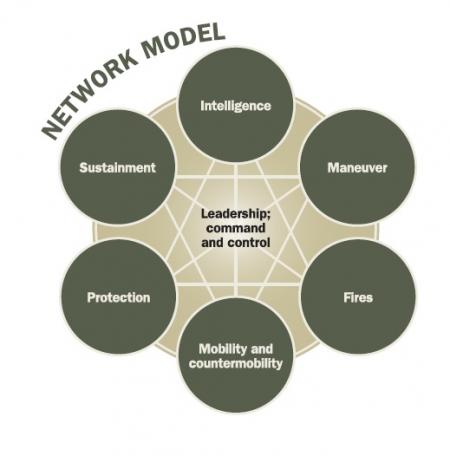 Some form of hierarchical leadership remains and always will, but much dissolves as the network of commanders and staffs do their work. Mission Command and intent predominates rather than directive command, staff work is more simultaneous and continuous than sequential and episodic, and overall the organization is more decentralized than centralized—all without loss of coherence in execution. The Army has captured this change in its leadership doctrine, but not yet in the doctrine that describes the MDMP process.

The second shift is one of substance. Parts of the seven battle operating systems themselves are changing. The maneuver system, for example, routinely includes consideration of military and nonmilitary “forces.” The intelligence system has expanded beyond its original enemy, terrain and weather considerations.

Additionally, it now includes more open source material than it had. The fires system has expanded as well, including not only kinetic fires but also nonkinetic fires associated with the information sphere. The protection system, initially primarily the arena of air defense and military police, includes protection against electronic warfare and cyberattack. 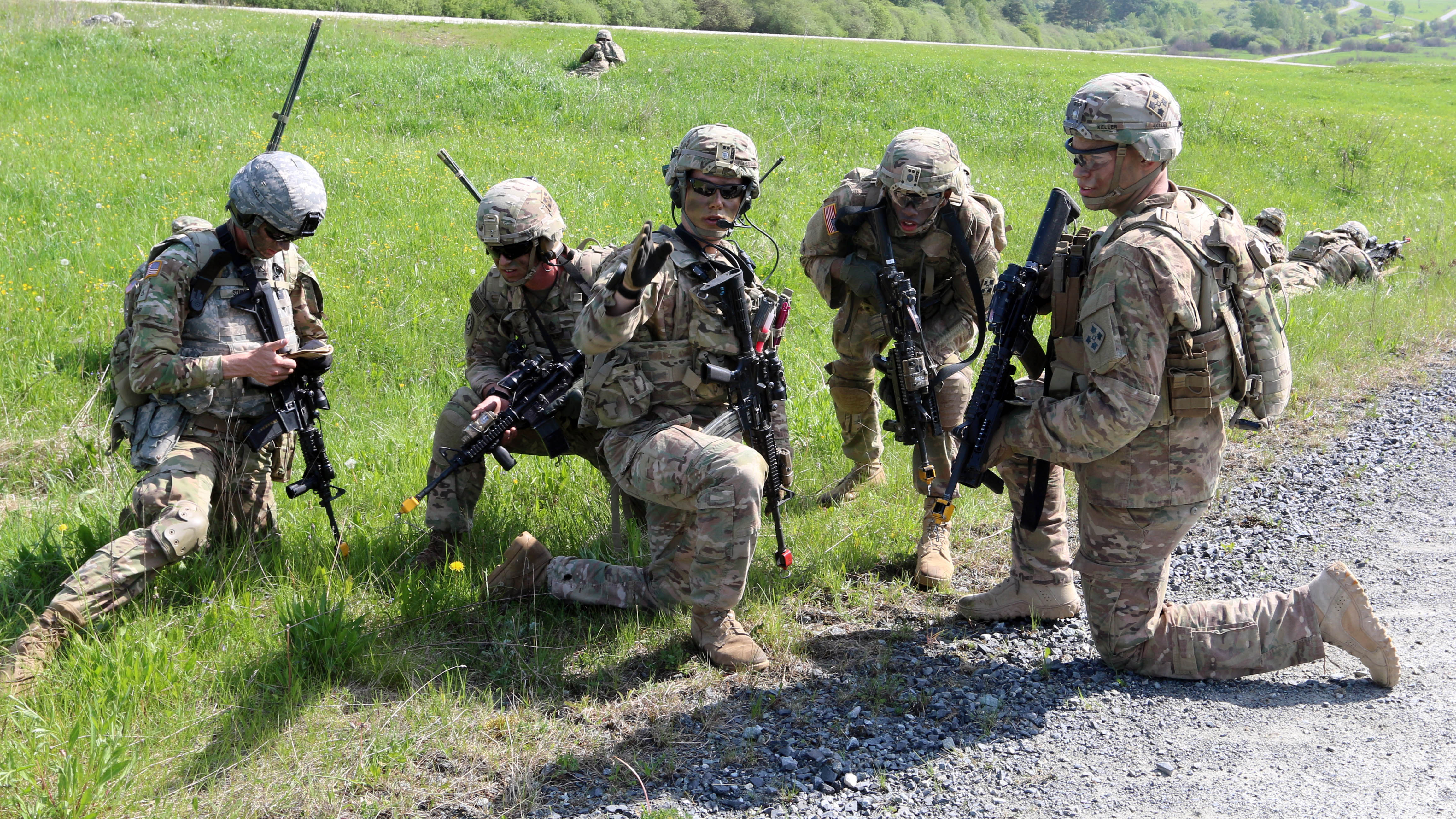 Further, units find they must protect themselves against false news stories—a phenomenon I first experienced in Bosnia in 1998 is a common occurrence. The mobility and countermobility system had been the realm of ensuring freedom of action through combat engineering: putting in obstacles that impeded the mobility of the enemy while taking action that ensured the mobility of the friendly force. Now, commanders and staffs must also think in terms of ensuring their freedom of action in the cyber and public information domains as well as in the physical domain.

Perhaps the biggest change is the emergence of an eighth battle operating system: cyber—which is emerging as a separate system and an aspect of each of the other systems.

These changes have been gradual, and the Army has adapted in practice. That adaptation would be apparent if one could compare how my infantry battalions used the battle operating systems and the MDMP in 1988 to an infantry battalion today. Practice has changed, but less so doctrine. The stability of doctrine is understandable, even desirable to a certain extent. Institutionally, the Army doesn’t want to radically alter one of its core processes—the MDMP—without significant reason. But that reason may be upon us: the ongoing shift to incorporate artificial intelligence.

These search engines could even conduct an initial assessment of time allocation, provide the initial draft of commander’s guidance and produce a first cut at the list of stated and implied tasks as well as essential tasks and a restated mission. Artificial intelligence tools could provide the common grist for the multiple boards and synchronization meetings necessary in the orders production process.

Properly designed artificial intelligence tools might even be able to sound an alarm when changes in one battle operating system within the unit, at higher headquarters or with adjacent and supporting units affect the courses of action being considered—an especially important function between course of action approval and orders production, or between orders production and execution, Steps 6 and 7.

Finally, in Step 7, artificial intelligence tools could increase the speed of production and distribution of warning orders and the final operations order.

None of the above would change the essential roles of the commander and staffs, but would change how those roles are executed. Much of the “nug work” of the MDMP would be allocated to artificial intelligence tools, while the “thought work” was left to the commander and staff. Doctrine will be key to describing the proper use of artificial intelligence and the rightful domain of commanders and staff.

Such dramatic change, however, needs time. While one may be able to posit leap-ahead technologies, there are few leap-ahead people and even fewer leap-ahead corporate processes. Rather, new mindsets and processes of human beings and the organizations through which they act emerge over time, usually through experience, trial and error, and painful as well as insightful learning.