Greetings from the Association of the United States Army (AUSA), our Army’s and our soldier’s professional organization.

The feedback from all the noncommissioned officers and soldiers who attended this year’s Association of the United States Army Annual Meeting and Exposition was overwhelmingly positive and enthusiastic.

This feedback covered the full spectrum of events from the Army Ten-Miler, to participating in the Warrior Challenge with Sgt. Maj. of the Army Daniel Dailey, to the professional development forums and recognition events centered on noncommissioned officers and soldiers, and to the amazing displays throughout the five exhibit halls.

The attendance at the meeting topped 31,000 and our soldiers, the Department of Defense and Department of the Army civilians, family members and many friends of the Army were present and participated in an action-packed, three-day event.

The planning for next year’s AUSA Annual Meeting has already begun and is scheduled for Oct. 14-16.

While the 2018 Army’s Best Warrior Competition awards came to a close at the Annual Meeting, the best sniper teams from around the world were converging on Fort Benning, Ga., for the 2018 United States Army International Sniper Competition. 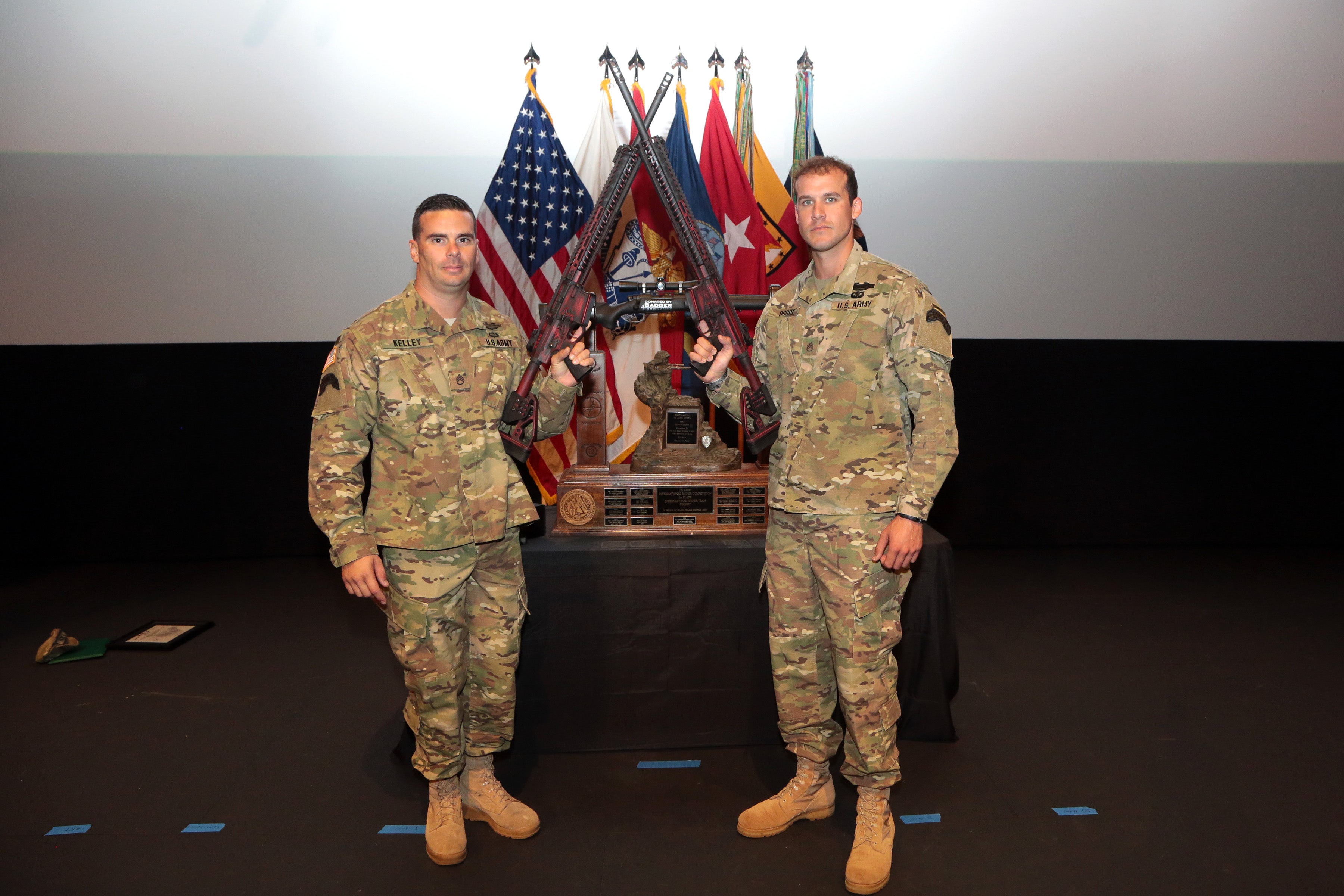 This year’s top sniper team for the second consecutive year was the team from the 75th Ranger Regiment, Fort Benning. Ga., that performed consistently throughout the competition in all the physically and mentally challenging events executed during the three days.

Staff Sgt. Jonathan Roque and Staff Sgt. Brandon Kelley demonstrated for the second year in a row that they are the best two-person sniper team in the world.

Roque and Kelley scored the most points in the multi-day competition that involved two-person teams from across the Army, from other services in the Department of Defense, from the FBI and from 10 international countries.

All the teams were tested in long-range marksmanship, observation, target detection, stalking, reconnaissance and reporting, and the ability to move with stealth while concealed.

“Working together in this venue is a great way for us to share ideas, build rapport, and train our forces,” Brig. Gen. David M. Hodne, the U.S. Army Infantry School commandant, said at the closing ceremony,

Adding, “After all, the purpose of the International Sniper Competition is to improve our collective lethality.”

Like the Best Warrior Competition, the Best Sniper Competition represents the ultimate competitive event where each competitor was able to demonstrate both their physical and mental competencies.

“Some teams, this is their Super Bowl; this is what they train for,” said Kelley. “For us, this is an additional evaluation [to see] where we are before we go overseas and do our job. And it’s treated as such.”

“We take it as an additional training opportunity,” said Roque. “We take full advantage of it.”

This team had only been together for three months since graduating their sniper training.

Additionally, the Swedish team did not bring their issued rifle or scope they used in the European competition.

“We will borrow all the equipment and weapons from the Americans which is one of the biggest challenges. We have never practiced before with this equipment and we are not familiar with the weapon other than its basic functions and operation.”

“It proves our education is good back home in Sweden,” said Jacobsson.

Many of the team members talked about the camaraderie and competitiveness of the competition, but they also spoke highly about the best practices they learned from each other.

“Being a sniper is not a job, it is a lifestyle,” said Gifford, adding, “Snipers have to retain a large amount of technical information, which is why many constantly go back through their notes and fundamentals.”

“I really looked forward to learning what I could from the other U.S. military and foreign teams,” said Grogan, adding, “It is interesting to see the different TTPs [tactics, techniques, and procedures] and training points.”

“One of the best parts of being a sniper is teaching other soldiers the basics, everything from aiming techniques to firing positions,” said Gifford.

“And everybody is going to take away a new tactic, a new technique that they didn’t know from somebody else,” Elgort added.