The Association of the United States Army was honored to collaborate with the Military Family Research Institute at Purdue University (MFRI) on an all-day event titled “Building Your Battle Plan to Support Military and Veteran Families.”

This publication, the fourth in MFRI’s “Risk and Resilience in Military Families” series, was a result of a 2015 convening of high-level experts and thought leaders in the fields of government, higher education, corporate, philanthropy, behavioral health, higher education and research on military families.

The event aimed to leverage the synergy from the 2015 gathering and build on the 2018 book release.

Participants heard presentations from chapter authors who summarized their topics and also provided insights on “how to develop their own battle plans to support military families before, during and after future conflicts.”

The audience then set to work during tabletop activities building their own plans of support by answering questions such as: “What would I do differently to support military and veteran families when the next conflict breaks out? or “What lessons have I learned that I can implement immediately during the next conflict?”

“These important groups are coming together to actively engage and collaborate to find solutions for military and veteran families,” said Shelley MacDermid Wadsworth, MFRI director.

Adding, “History has shown us that major conflicts can arise without warning. These changes affect military and veteran families in a variety of ways. With this in mind, the attendees collectively built viable solutions that can be strategically implemented during a future major conflict.”

The highlight of the day was the presentation of the 2017 and 2018 MFRI Excellence in Research on Military and Veteran Families Award. 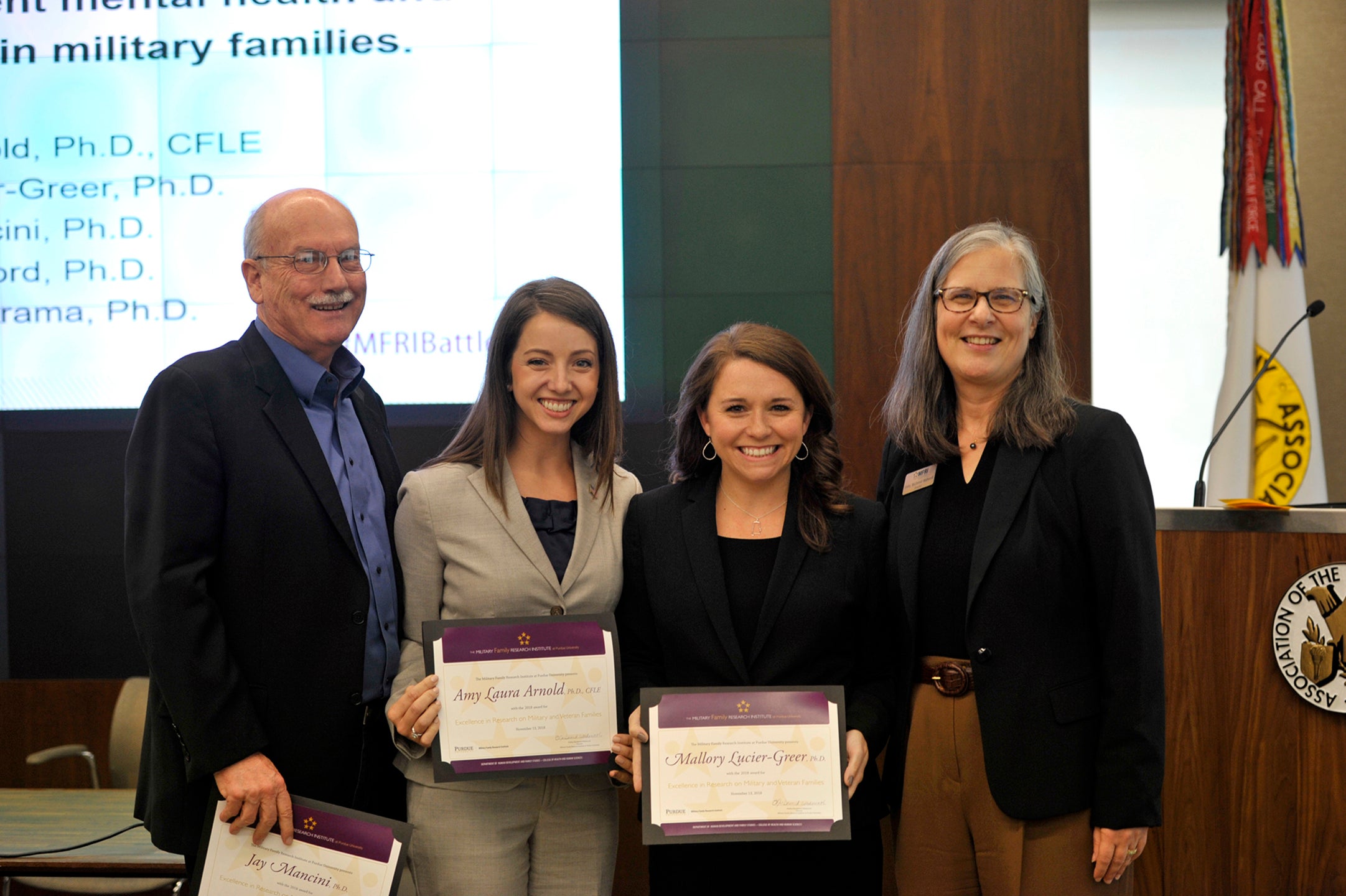 This study featured Mission Reconnect, an online wellness training program for veterans and their partners to use individually and together at home. https://www.missionreconnect.com/#login

Research analysis indicate family forms (specifically being a part of a stepfamily or single-parent family) were associated with increased depressive symptoms and decreased academic performance.

However, when accounting for family support, parent-adolescent connection, and personal initiative, no differences were found across family structures. Military youth can thrive in the presence of healthy family processes.

The Military Family Research Institute (MFRI) at Purdue University conducts research on issues that affect military and veteran families and works to shape policies, programs, and practices that improve their wellbeing.