Community members and guests from the local area gathered for the annual Commemoration of the 50th Anniversary of the Vietnam War and POW/MIA National Recognition Day Luncheon at the Lee Club.

The Robert E. Lee Chapter of the Association of the U.S. Army sponsored the observance in conjunction with the U.S. Army Garrison, Fort Lee. 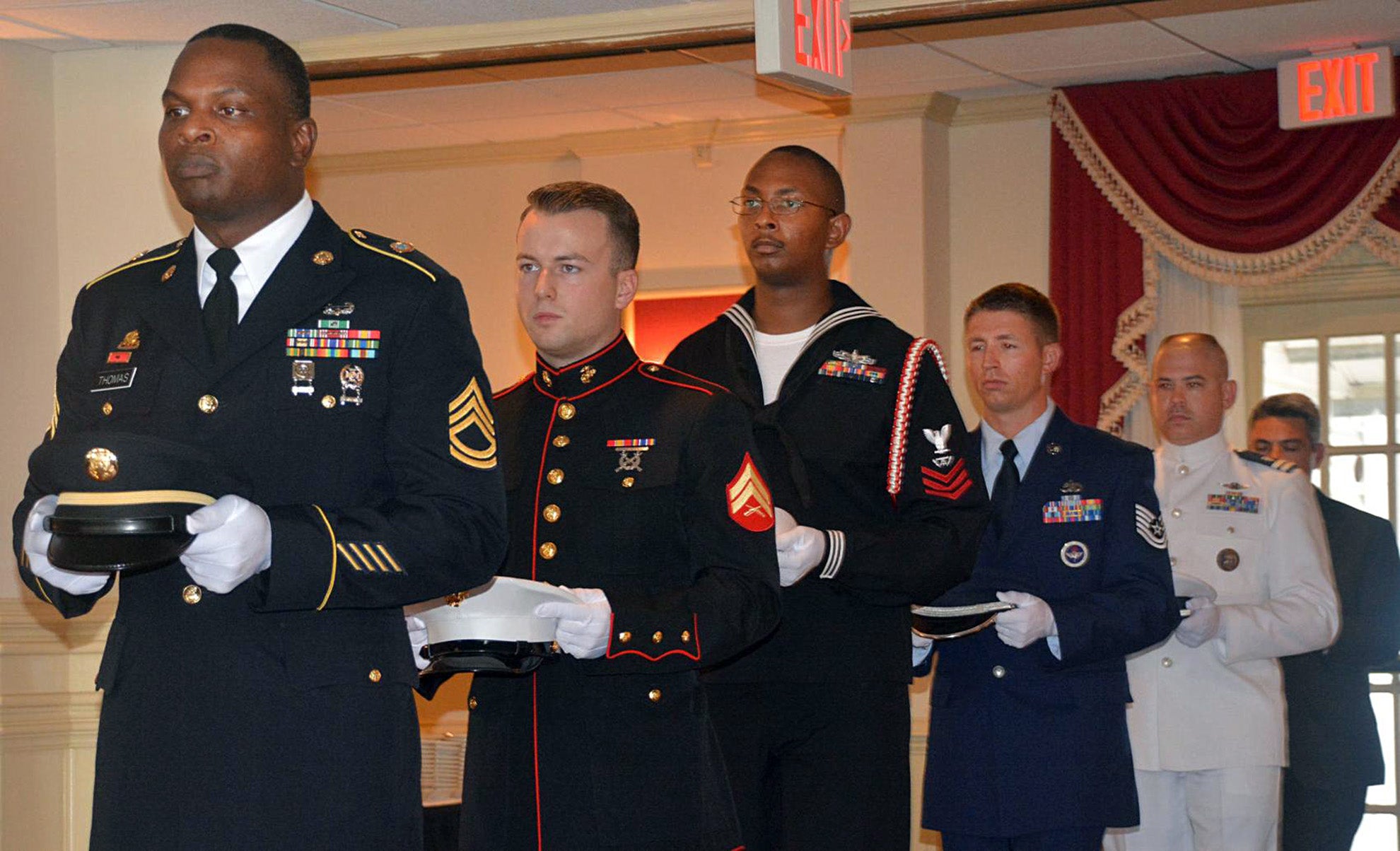 Members of the Joint Service Honor Guard march forward as they prepare to place headgear at the Missing Man Table during the Commemoration of the 50th Anniversary of the Vietnam War and POW/MIA National Recognition Day Luncheon. (Photo by Amy Perry)

He shared his thoughts about the long-practiced military occupation that he now oversees, and how those experience have affected his life.

The annual POW-MIA observance, he noted, is emblematic of America’s duty to not forget and bring those still missing home.

“I am constantly reminded of 82,232 service members listed as missing in action from past conflicts,” he said.

Adding, “[We have a] responsibility to Vietnam War veterans, prisoners of war and those missing in action. We continue to recognize their sacrifice and [ensure] our accountability of U.S. service members until the number of missing in action is at zero.”

He also noted, “It is never too late to pay tribute to the men and women who answered the call of duty with courage and valor. They reflected the pride of our nation in the faces of our enemy as they endured the rigors of combat and hardships as prisoners of war.”

The Garrison Commander, Col. Hollie Martin, said that next year marks the 50th anniversary of the first news story about prisoners of war and those missing in action in Vietnam.

“The story inspired families of missing service members to seek the answers and raise awareness of our responsibility to look for those who were not able to make it home on their own,” she said.

National POW/MIA Recognition Day was established by an act of Congress in 1998.

The 2008 National Defense Authorization Act allowed a commemoration program for the 50th anniversary of the Vietnam War. Its objectives are to honor veterans and their families for their sacrifices, highlight the contributions of the armed forces, and recognize those who made contributions on the domestic front, among others.

Memorial Day 2012 was the official start of the commemoration. It is scheduled to conclude on Veterans Day 2025.