The Time Is Now: Army Delivers in Unprecedented Year

The Time Is Now: Army Delivers in Unprecedented Year

This isn’t the article I thought I would be writing for the 2020–2021 Green Book. But given how this year has unfolded, I guess it’s not all that surprising.

I feel a sense of urgency in our Army. Throughout my years in uniform and now in my position at the Association of the U.S. Army, there’s always been a well-established list of issues requiring immediate action or close attention. Somehow, 2020 feels different—less certain, more unsettled, very urgent.

Perhaps this is because 2020 has been so unusual in so many ways, but I sense that it’s more profound. The coronavirus pandemic certainly has altered our lives in many ways and affected essentially every aspect of Army life. The simple fact that we’re not all gathering in Washington, D.C., this year for the AUSA Annual Meeting and Exposition is evidence enough that these are bewildering times.

This summer, several tragic events across our nation thrust long-suppressed matters of race, inclusiveness and social justice to the forefront of the national dialogue. The Army, rightfully one of America’s most trusted institutions and often a leader in issues of equality, has not been immune from this sometimes uncomfortable conversation. It has been most rewarding to see senior leaders in the Army tackle this issue head-on and foster necessary policy changes, practices and small-unit conversations.

On top of these two issues of tremendous impact, the debate over defense budgets remains. How much should Americans spend for the security provided by the Army and the other services, particularly in what many describe as a new era of global competition? How should America compete in a world filled with near-peer competitors, dangerous regional actors with malign intent and the enduring risk of transnational terrorist and extremist organizations?

Competing demands for resources complicate the Army’s mission of sustaining readiness today while modernizing for an increasingly complex future.

In a more normal year, any one of these issues would cause robust debate, dominating the important decision-making discussions expected of elected leaders and those charged with leading the Army. But 2020 is not a normal year by any stretch of the imagination.

This year has wrought an unprecedented series of events—the novel coronavirus and resulting economic impacts at home and abroad, both peaceful and violent protests and demonstrations, and epic weather, fires and storms.

Combined with budgetary pressures, these challenges have most prognosticators predicting flat or declining Army budgets for the foreseeable future. Let us hope 2020 remains an outlier.

Retired Gen. Gordon Sullivan, our Army’s 32nd chief of staff and longtime AUSA president, would often remind us that “hope is not a method.”

A plan. Action. Leadership. That’s what our nation expects of its Army—and the Army has delivered.

I confess immense pride in how the Total Army responded following the COVID-19 outbreak. The Army took essential yet unprecedented steps to halt troop movements to reduce the spread of the virus, mobilized its health care and medical research organizations to work on treatments and vaccines, and took extraordinary actions to isolate organizations by sheltering in place where possible. When civilian communities, both big and small, needed help, the Army responded by building hospitals, deploying medical teams and providing waves of soldiers to help provide essential services.

These efforts were appreciated by a grateful nation. “I’ve just been struck by the profound gratitude of all the civilian medical professionals at these hospital and care facilities that I have had the chance to meet,” said Lt. Gen. Laura Richardson, the U.S. Army North commander. The soldiers’ work was “truly making a difference in people’s lives.”

The Army adapted in just about every way because of the coronavirus. Recruiters went virtual, joining young women and men on social media platforms rather than at recruiting stations. After a short pause, the Army resumed shipping new enlistees to Initial Entry Training posts equipped with health and safety measures to protect the new soldiers as well as their drill sergeants.

Army National Guard soldiers manned emergency food distribution centers and state-run testing sites. U.S. Army Reserve soldiers left their homes and families to support those most in need. When the Army asked retirees with certain skills to voluntarily return to service, the response from the Soldiers for Life was overwhelming.

Amid all of this, soldiers soldiered on, because that is what they do.

In Afghanistan, Iraq, Syria and across the vastness of Africa, soldiers kept pressure on the enemy while building the capacity of friends and allies. 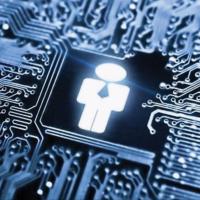 As they have for more than 70 years, soldiers in South Korea stood ready to “Fight Tonight” while simultaneously partnering with America’s South Korean allies to effectively combat the pandemic.

U.S. Army Pacific led the way in that critical region through Pacific Pathways and by further developing the Multi-Domain Task Force.

Although the virus forced a significant reduction in the Defender-Europe 2020 exercise, the Army made new inroads with the reestablishment of V Corps, unveiled in Poland.

Army cyber warriors stood watch 24/7, often unnoticed yet absolutely vital to our defense. Paraphrasing my favorite Army recruiting slogan from years ago, “The Army is Needed, and the Army is Here.”

At home in the U.S., as matters of race and social justice engulfed many communities across the land, the Army responded. Army National Guard soldiers answered the call to duty to protect and aid in the restoration of order. While we can debate this matter, those soldiers don’t have that luxury. When called, they answered. They did their duty. They are worthy of our support for we are a better nation because they chose to serve.

As the Army’s most senior leaders looked inward, they saw the need for change. The Army has tried before, but efforts to push social, racial and gender equality have often seemed less important to some, who dismissively reject training and education as social engineering efforts that would weaken the force.

That hasn’t happened this time. Army leaders embraced and unwaveringly endorsed big changes that should result in consequential improvement. One of them is Project Inclusion, a holistic program that promotes and advocates for diversity, equity and inclusion across the force. AUSA has worked to do its part in support by hosting a series of discussions about race in the Army.

Despite this year’s formidable challenges, America’s Army cannot rest. The fast-emerging demands of a changing, more lethal global security environment require the Army to adapt and modernize and do so quickly. Time is not on our side.

Hence, my urgency. The nation expects—demands—the Army to be ready to meet any and all emerging threats to our security and way of life. Current and foreseeable circumstances require a Total Army—Regular Army, Army National Guard, Army Reserve and Army civilians—that is properly sized, stationed, manned, trained, equipped and modernized to win. Period.

As Army Chief of Staff Gen. James McConville reminds us, trying our best doesn’t cut it. Not for our Army. Winning matters.

So, for me, the time is now. It is time to ensure America’s Army has the talent, the resources and, importantly, the support of the nation that it requires to win. To win in any environment, in any place, at any time, against any foe. That’s the unbreakable contract between the Army and the nation.

AUSA was described a few years ago by Navy Adm. Harry Harris, then the commander of the U.S. Indo-Pacific Command, as “the Army-est of Army organizations.”

The time is now.