Threats to Posts: Army Must Rethink Base Security

Threats to Posts: Army Must Rethink Base Security

The accelerating rate of technological advancement will drive a fundamental change in how the Army organizes, resources and conducts operations on its installations. For over two centuries, the Army has relied principally on geography to protect its bases from foreign powers. Unpredictable global politics and the diffused application of abundant technology are shrinking our natural defenses with unprecedented velocity. America’s military culture, forged from a history that confronts threats abroad, should recognize that distance no longer offers safety and that new concepts and doctrine are needed to prepare installations for the future that is, in many ways, already here.

In multidomain battle, the Army maneuvers simultaneously in five domains. Installations serve as the initial maneuver platforms projecting power and conducting operations across these domains. For most of the past 150 years, installations were designed and operated with the underpinning philosophy that they were geographically protected by friendly neighbors and big oceans, and combat operations would be commanded and conducted somewhere “over there.” The assumption that installations were essentially sanctuaries safe from foreign attack and distant from the battlefield is no longer a safe assumption. In the information era, cyberweapons, information warfare and unconventional operations can be used by adversaries to disrupt and damage key activities and facilities on our installations.

In the 19th century, with an expanding country, the Army built often-isolated camps and forts to station a small Regular Army to secure westward expansion. In some cases, walls and gates were added, but not always, and many Army “forts” remained open towns.

The mass mobilization of World War I led to an expansion of Army installations, in number and size, with the sole purpose of training soldiers to fight in Europe. In response to Pearl Harbor and a Japanese submarine attack on Fort Stevens, Ore., some coastal installations added fortifications during World War II. During the Cold War, the Army maintained an extensive overseas presence for forward-deployed forces, often postured for combat. But this was not the case domestically and the “open posts” of the 19th century remained the norm for most Army installations until the 9/11 attacks. After the terrorist attack on the Pentagon, extensive new force-protection measures were put in place including restricted access, more security guards, physical barriers and new construction standards.

The 21st-century installations may in many ways look like their previous-century predecessors, but they do different things. The austere frontier camps have evolved into complex ecosystems that provide training, mobilization, modern housing, education, recreation and family services. More significantly, they are part of the battlespace, serving as command posts for missions thousands of miles away and hosting critical supercomputing, intelligence fusion and cyber assets used by a global force.

As the initial maneuver platforms for warfighting, installations are where the key functions of mobilization and deployment happen. Historically, these functions have occurred in an uncontested environment. In the information era, the Army should expect to “fight” to perform even these basic activities, with garrison teams, operational units and civilian authorities cooperating across the physical, cyber and informational arenas to protect and project combat power.

A recent example illustrates a sophisticated and low-cost approach with a high-impact result. On July 27, Popular Mechanics published an article about a suspected Russian drone carrying a thermite grenade that in March destroyed a huge Ukrainian ammunition depot, killing one, injuring five others, forcing the evacuation of 20,000 and causing over $1 billion in damages. Combined technology made this attack possible; overhead imagery, additive manufacturing, drone operations and minimal logistics came together with disastrous results. 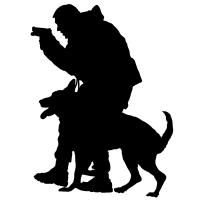 This event went fairly unnoticed on the world stage, but certainly caught the attention of U.S. Army installation planners who have been exploring exactly how this type of attack could happen. For comparison, during the same week of the attack on Ukraine, five drones were spotted flying within restricted airspace less than 1 kilometer from the center of a major Army installation.

Cities surrounding installations provide much for Army soldiers’ and their families’ quality of life and are not immune to potential attack. In addition to the exploitation and disruption of critical civilian power, water and transportation systems, a savvy adversary could manipulate social media to target service members and degrade base operations. A would-be detractor, using just enough truth to be believable, could post false news stories, suggesting, for example, that service members from a particular installation were exposed to deadly biological agents during a training mishap.

This “news” would then be the basis for online petitions and a robocall onslaught appealing for an immediate quarantine of all service members. Correcting this false narrative would take

Technology will continue to advance with increasing speed. The Army’s likely adversaries have easy access to technologies and techniques that will allow them to delay mobilization, disrupt deployments, interfere with command operations, undermine unit morale and create friction between our installations and surrounding communities. Army doctrine, policies and resourcing decisions should prepare to meet these challenges.

Warfighter readiness begins on Army installations, and, like it or not, Army installations are now part of the fight. Army doctrine, policies and resourcing decisions will need to prepare to meet these challenges.