“Inflection point” is one of the newest buzzwords in the Army, an organization that loves to embrace phrases like Mission Command, Multi-Domain Battle and interoperability.

Inflection point is a mathematical and business term describing a major course change. In math, this is when a curve shifts from being concave to convex. In business, it is when something big—positive or negative—affects a company’s progress, and maybe its bottom line. As used by Army leaders, it means there is an opportunity to seize the day, to alter the future, to improve readiness, to make formations and weapons more lethal, and to regain battlefield superiority over any foe in any domain.

In his Dwight David Eisenhower Luncheon address at the 2017 Association of the U.S. Army Annual Meeting and Exposition in October, Army Chief of Staff Gen. Mark A. Milley made clear what he’s thinking: “We are at an inflection point in our history where we must reform how we modernize our Army—the role, responsibilities, structure and organization.”

While reporting that the Army has made progress by improving readiness and making incremental improvements in capabilities, Milley issued a call to action for more in his speech before a standing-room-only crowd in the Walter E. Washington Convention Center in Washington, D.C. “We are more prepared today and a better Army for our efforts, but we are not there yet,” he said.

Milley had a message for commanders: “Quite simply, I want you to get ready for what may come and to not do any tasks that do not directly contribute to increasing readiness of your unit.”

‘You Know What to Do’

“Do not wait. Do not wait on orders and printed new regulations and new manuals. Do not wait on force structure changes. You and you alone are responsible for the readiness of your unit,” Milley said. “You know what to do. Your mission is to focus solely on what is essential for increasing the lethality of your unit for the unforgiving crucible of ground combat.”

Undersecretary of the Army Ryan D. McCarthy, who was acting secretary at the time of the annual meeting, also believes the time is right for a decisive move.

“The Army is at an inflection point,” McCarthy said during an October news conference at which he and Milley unveiled plans to transform the organizational structure responsible for modernization. “To prevail in the future, we now must reform how we modernize the Army. The roles, responsibilities, structures and organizations we have to address this challenge are disparate and, in many respects, born of a bygone era.”

Name to Be Decided

The planned organization’s name hasn’t been decided, but Milley referred to it as the Army Futures Command or Army Modernization Command. “Our current system, our institutional organization and our processes, are no longer adequate to the task of modernizing our Army of the future, so while commanders will prepare our force for today, our institution must prepare our force for tomorrow,” Milley said.

“There is a limit to the incremental improvements that can be made [in existing equipment and gear] before they no longer offer the degree of overmatch the Army requires,” McCarthy said.

“We will move quickly because time is not on our side,” Milley said, expressing hope the new command will be up and running by summer. “The new command will be formed from existing structure and will combine elements of Army futures, concept development, requirements and acquisition to ensure we remain the pre-eminent ground fighting force well into the future.”

McCarthy said the aim of creating a new command is to be able to move faster, not to create a new and cumbersome bureaucracy. “We are not looking at creating a new organization that will simply compete against the others,” he said. “We’ve done that before and it further exacerbated challenges.”

This overhaul is the biggest organizational change since creation in 1973 of the U.S. Army Training and Doctrine Command and the U.S. Army Forces Command. This doesn’t mean it would take the Army into uncharted waters. The faster idea-to-fielding model comes from looking at how the U.S. Special Operations Command and the Army’s own Rapid Capabilities Office have expedited critical equipment and capabilities.

“Faster results will be obtained through significant streamlining of processes as we shift to a SOCOM-like model of ‘buy, try, decide, acquire’ rather than the current industrial linear model where it can take years for requirements, decades to test and it can take a long, long time to go from idea to delivery,” Milley said.

The new command’s size, location and mix of military and civilian staffers are among the details to be worked out through a process led by Lt. Gen. Edward C. Cardon, director of the Army’s Office of Business Transformation. The Army has appointed eight teams, each led by senior officers or civilians, to study the process and make recommendations on how to transition to a new structure.

Unity and speed are the goals with a process that would incorporate warfighter requirements from the beginning to reduce the time it takes to deliver weapons and equipment to the field. To make this happen, the cross-functional teams working out the details have been told to concentrate on operational outcomes, timelines and cost. The teams are also expected to show their own agility by cutting through staff-centric processes to find a faster path. 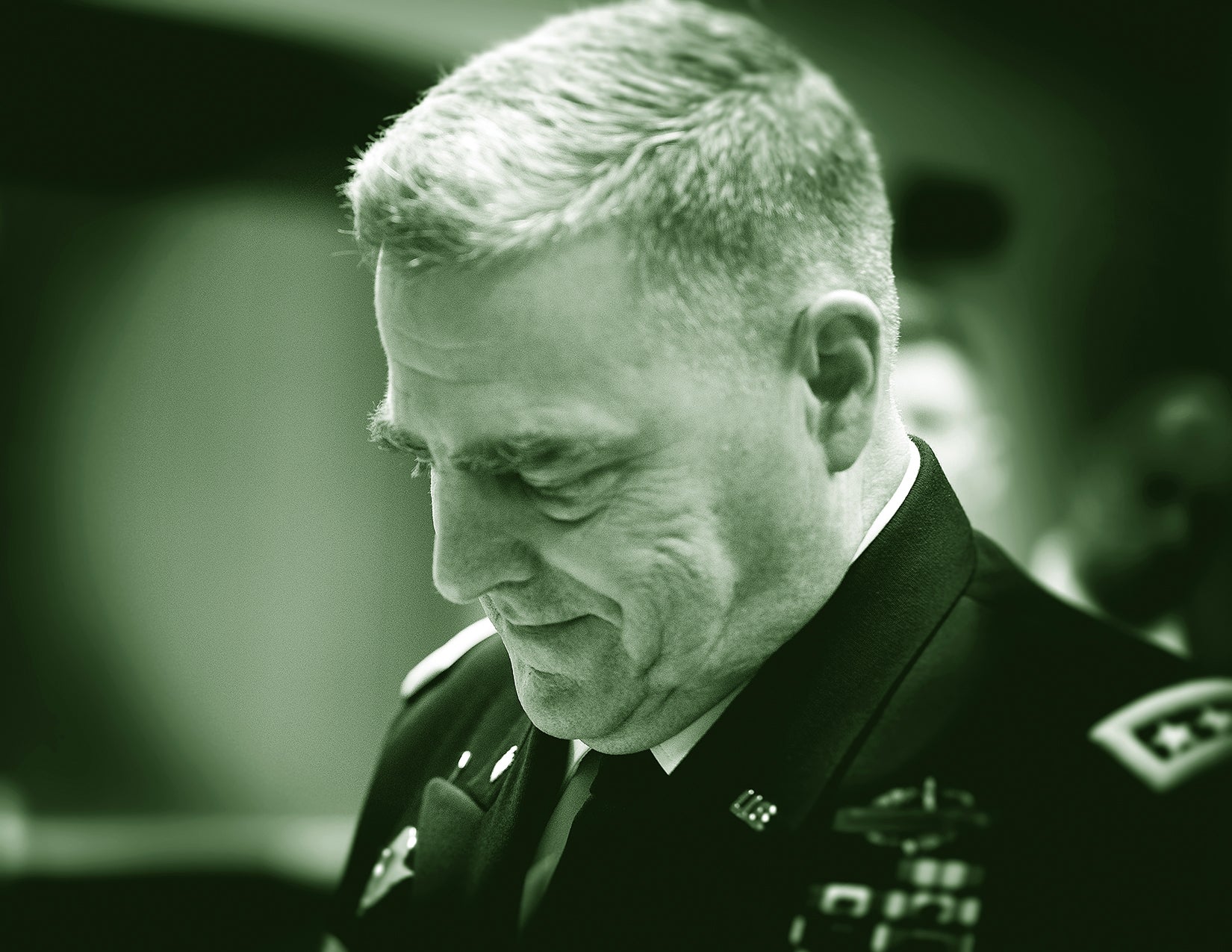 In 2015, when Milley became the 39th Army chief of staff, he declared, “Readiness is the Army’s number one priority, and there is no other number one.” That view hasn’t changed.

“In the last 12 months, the need for readiness, in my view, has become more apparent and more urgent,” Milley said in the Eisenhower Luncheon speech. “Our number one task, bar none, remains readiness.”

“We must continue to lean into readiness with a laser-focused sense of urgency like we have never had before,” Milley said. “Readiness for what? Readiness for war. Readiness for the intense combat of ground operations of any type, anywhere in the world. That is our task, and I can tell you it has never been more important than it is today.”

Beating the readiness drum might sound monotonous, but Milley said he is trying to prevent the Army from repeating unfortunate history.

“Unreadiness means paying the butcher’s bill with the blood of American soldiers. Being combat ready, on the other hand, deters the enemies, keeps the peace and, in the event of conflict, combat readiness provides the capability to end the war quickly on our terms in the shortest amount of time and with the least amount of friendly casualties.”

This is not to say there have not been improvements, he said. “The Army has arrested the readiness decline we were experiencing because of the great work done by FORSCOM, AMC, TRADOC, our overseas component commands and tremendous support from Congress,” he said, referring to Forces Command, the U.S. Army Materiel Command and Training and Doctrine Command, the very units that are likely to be raided to create the new modernization-focused command.

Readiness has improved because of cultural change, Milley said. “We have shifted mindsets.”

Steps taken to improve readiness include canceling unnecessary training and cutting tasks to “give time back to commanders to focus on the preparation for combat,” he said, also citing increases in the quality and quantity of combat center rotations and growing the Total Army by 28,000 soldiers in 2017 “to strengthen our formations.”

Force structure changes are also underway, such as establishing six security force assistance brigades “which will increase the readiness of our conventional brigades by relieving them of the advisory duties that happen so often, provide the basis to rapidly expand the Army, if needed, and most importantly, they will provide a highly trained, handpicked group of advisers for that critical mission of training foreign forces in conventional light infantry operations.”

The Army is strengthening alliances with other nations. “We will work by, with and through allies and partner forces on a variety of missions.”

This provides “a higher degree of operational and strategic flexibility, and tactical skills to our combatant commanders,” he said.