Step By Step: NCO Training Has Evolved Since Army’s Creation

Instruction for enlisted soldiers had been the responsibility of unit leaders since before the Army was created, and the idea of specialized training or education for NCOs outside their unit was considered a nontraditional method for most of U.S. history. The roots of unit instruction were focused on the basic drills that an infantryman had to master in battle, and centered on reloading, target practice and marching. Often, there were additional drills before battle.

After the Revolutionary War, leaders of the fledgling Army did not often discuss NCO skills development. It would not be until after the great wars, when faced with post-World War II occupation duties that required a different skill set, that Army leadership would seriously consider the concepts of training and educating NCOs outside their regiments.

For much of the Army’s nearly 243-year history, NCOs and enlisted soldiers were trained in the unit, by unit-level leaders. Early on, tactics first developed by a Prussian officer named Baron Friedrich Wilhelm von Steuben were used after he inspected the Continental line. He recognized the root of some of the problems George Washington’s troops faced and offered to assist. Washington ordered 120 men from various state units to serve in the Commander-in-Chief’s Guard to participate in a “model company” to be led and trained by von Steuben himself.

In his three-volume series on tactics published during the Civil War, Maj. Gen. Silas Casey pushed for separate NCO training, insisting NCOs be formally taught to give battlefield commands. Calls like Casey’s often went unheeded because of prevailing beliefs that company commanders knew their men’s capabilities and limitations best and were in a better position to provide on-the-job training. Gen. John J. Pershing, commander of American Expeditionary Forces, entreated during World War I that “more stress be laid upon the responsibility in the training of sergeants. They will be imbibed with the habit of command and will be given schooling and prestige to enable them to replace officers once casualties.”

One of the earliest post-World War II examples of peacetime instruction for NCOs was established in November 1945 by the “Blue Devils” of the 88th Infantry Division, which later became the Trieste United States Troops Command in Venezia Giulia, Italy. Like von Steuben did, the division created a model battalion where student NCO candidates lived by the book for six weeks. Much like in today’s NCO schools, corporals and sergeants conducted much of the training. High on the agenda were instilling discipline and developing important skills in the candidates.

The following year, Maj. Gen. Ernest Harmon was tasked to organize a heavily armed, lightly armored and highly mobile U.S. Constabulary. He directed a school be established to “instill a Constabulary spirit” that would reflect the pride and importance of their duties. By March 4, 1946, the first class of 129 officers and 403 enlisted men reported to the Constabulary School in Sonthofen, Germany. As a subset course to the Constabulary School there were other, nonconstabulary courses. One program was conceived to train NCOs on basic subjects, like supply and administration. The first class began on June 30, 1947. The school trained students from around the theater, not only from the Constabulary, but also from the European Command and with select NCOs from the Trieste United States Troops Command. 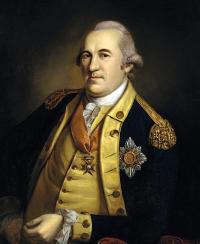 One early advocate for specialized NCO training was Gen. Bruce C. Clarke, having seen the power of NCO academies from his vantage point leading a redesigned Constabulary School. Clarke would go on to be a staunch proponent of NCO academies, and was instrumental in the creation of formal doctrine to standardize NCO education. At the time, NCO academies served at the pleasure of the local commander. No requirements or funding existed for those schools and there was little incentive for sergeants and corporals to attend.

Another pressing need for combat leaders at the squad and platoon levels led to creation of an NCO Candidate Course and infrastructure, process and procedure standardized NCO training and education. Based on classified studies by Army leadership and the deputy chief of staff for personnel, the Army underwent a massive reorganization of enlisted personnel management after the Vietnam War.

Though the content and course material have changed considerably over the 45 years since NCOES was conceived, its framework has stayed constant. As a line of effort from the recently approved NCO 2020 Strategy, NCOES established the NCO Professional Development System to absorb and expand NCOES across three focus areas: development, talent management and stewardship. Education is no longer an independent part of the Enlisted Personnel Management System, but a culmination of both the Career Map (Army Career Tracker) and a defining concept of Select-Train-Educate-Promote (STEP) that now requires NCOs to attend formal education to become certified.

Data was used from the 2011 Center for Army Leadership Annual Survey of Army Leadership, which explored professional military education (PME) attendance, quality, effectiveness and relevance along with the ability to transfer what was learned in the classroom to the field. The study revealed significant shortcomings in leader development; especially in the areas of critical thinking, ability to apply skills in the operational setting, and the skill sets of problem-solving, leadership, communication, management, interpersonal, technical and tactical. NCOs losing competency in those areas culminated with a reduced ability to exercise the art and science of leading.

A working group was formed comprising experts from the Institute for Noncommissioned Officer Professional Development and the U.S. Army Sergeants Major Academy who came together in spring 2015 to examine the survey data and determine what needed to be done to improve the NCO corps. The group identified that NCOES failed to provide progressive and sequential leader development, with gaps existing between the Basic Leader Course to the Sergeants Major Course.

The group discovered that the method of preparing NCOs through education was not aligned with contemporary doctrine and concepts. The legacy NCO Education System primarily focused on technical and tactical training, which caused a gap in NCO leader core competencies and attributes in leader development, had several hours of directed and mandatory training, and it was discovered the gap between the Senior Leader Course and the Sergeants Major Course was upwards of seven years without formal education. All this failed to achieve changes in behavior or affect long-term knowledge retention.

This was the cornerstone in the development of the NCO 2020 Strategy, which included 45 initiatives along three significant lines of effort. It described how the Army was going to develop NCOs differently, how we needed to manage their development and how we were to reinforce that they are the Army’s backbone.

Before NCOs could begin to be developed through education, they had to attend PME. At the time of the writing of the NCO 2020 Strategy, over 14,000 NCOs had not attended PME commensurate with the chevrons they were wearing. This led to development of the STEP policy.

STEP recognized that we wanted only the best soldiers to be selected to become NCOs based on their performance, potential to lead and character. The unit had the responsibility to take that soldier and invest time and energy in further developing them to lead in organizations throughout the Army that was validated by appearing in front of a board of senior NCOs. It then became the responsibility of the proponent schools to educate them in the duties they were about to assume through eventual promotion within the NCO ranks.

This policy would require NCOs to attend PME before being promoted, so curriculums needed to be addressed. Gap, topic and needs analysis were conducted that revealed significant underdevelopment in six focus areas: Leadership, communications, training management, operations, readiness and program management that also addressed critical thinking, problem-solving, rigor, agility, innovation, creativity and adaptability leader skills. It was also determined that structured self-development had not met its original intent, and how performance was recorded within the classroom.

With the July 2015 publishing of EXORD 236-15: Army-Wide Implementation of Noncommissioned Officer Professional Development System, the U.S. Army Training and Doctrine Command directed redesign of the Basic Leader Course, created Leader Core Competencies for proponent Advanced Leader and Senior Leader courses, created the Master Leader Course, accredited the Sergeants Major Course as a degree-granting program, and revised all levels of structured self-development that created a revolutionary change to all six levels of NCO PME.

As we develop NCOs through education, experience cannot be overlooked. Over time, we had moved away from soldiers using career maps to have some conversations with senior NCOs and the U.S. Army Human Resources Command about what they should do next to gain experience as NCOs. Working with each of the proponents, career maps were developed along five significant categories that supported soldiers’ time in service and current grade. They included what assignments were vital in their development, the role of PME and private education, what duties outside of the career field added experience and diversity to their career, the part of civilian credentials in their MOS certifications and how joint PME factored into their career. These are easily accessible on the Army Career Tracker, which contains hyperlinks with further details to stimulate counseling sessions or to call to Human Resources Command for their next assignments.

The goal for the NCO Professional Development System is to prepare the next generation of competent and committed NCOs of character, trusted Army professionals, capable of thriving in chaos, adapting and winning in a complex world. NCOs develop as leaders over time, through a deliberate progressive and sequential process that incorporates training, education and experience across all three learning domains of self, operational and institutional. The STEP framework is a critical component that assigns and balances training and education responsibilities across those learning domains for development and advancement within the corps of the professional NCO.

Command Sgt. Maj. Dan Elder, USA Ret., had numerous operational-, institutional- and industrial-level assignments, culminating as command sergeant major of the U.S. Army Materiel Command. A Bosnia-Herzegovina and Operation Iraqi Freedom veteran, he was inducted to the Sergeants Major Academy Hall of Honor. He is a senior fellow of the Association of the U.S Army’s Institute of Land Warfare.

Command Sgt. Maj. David S. Davenport Sr. assumed duties as command sergeant major of the U.S. Army Training and Doctrine Command in 2015 after serving as command sergeant major of U.S. Army Europe. He has held a variety of leadership positions in armor and cavalry organizations and commands. He was awarded the Association of the U.S. Army SGM Larry Strickland Educational Leadership Award in 2006.