The commanding general of U.S. Army Aviation and Missile Command is advocating what he calls “re-greening” of maintenance: to have soldiers replace civilian contractors. “This will be a gradual transition,” Maj. Gen. Lynn A. Collyar said in an interview. “We will continually work with the contractors we have to decrease them and increase the number of green-suiters.”

His immediate effort is aimed at retraining roughly 2,500 soldiers at the rank of sergeant and below who are involved in aviation maintenance, but it would also apply to other maintenance specialists whose skills may have eroded from a decade of deployments. Collyar said he sees this as a way to prepare for a future of tighter Army budgets: “With the fiscal situation that we have, we have to get everybody that we employ fully engaged and fully productive.”

The initiative could start this year, he said, acknowledging there is still turmoil from deployments. “There will remain a significant amount of aviation assets in the theater until the very end,” he said, referring to the Army’s Afghanistan mission. Collyar estimates it will take two years from the end of the mission to get all of the aviation assets back to the United States and processed through depots for major overhauls and minor repairs. That needs to be done, he said, “so we don’t give units more maintenance than they could normally handle because of the wear and tear” that has been put on helicopters. 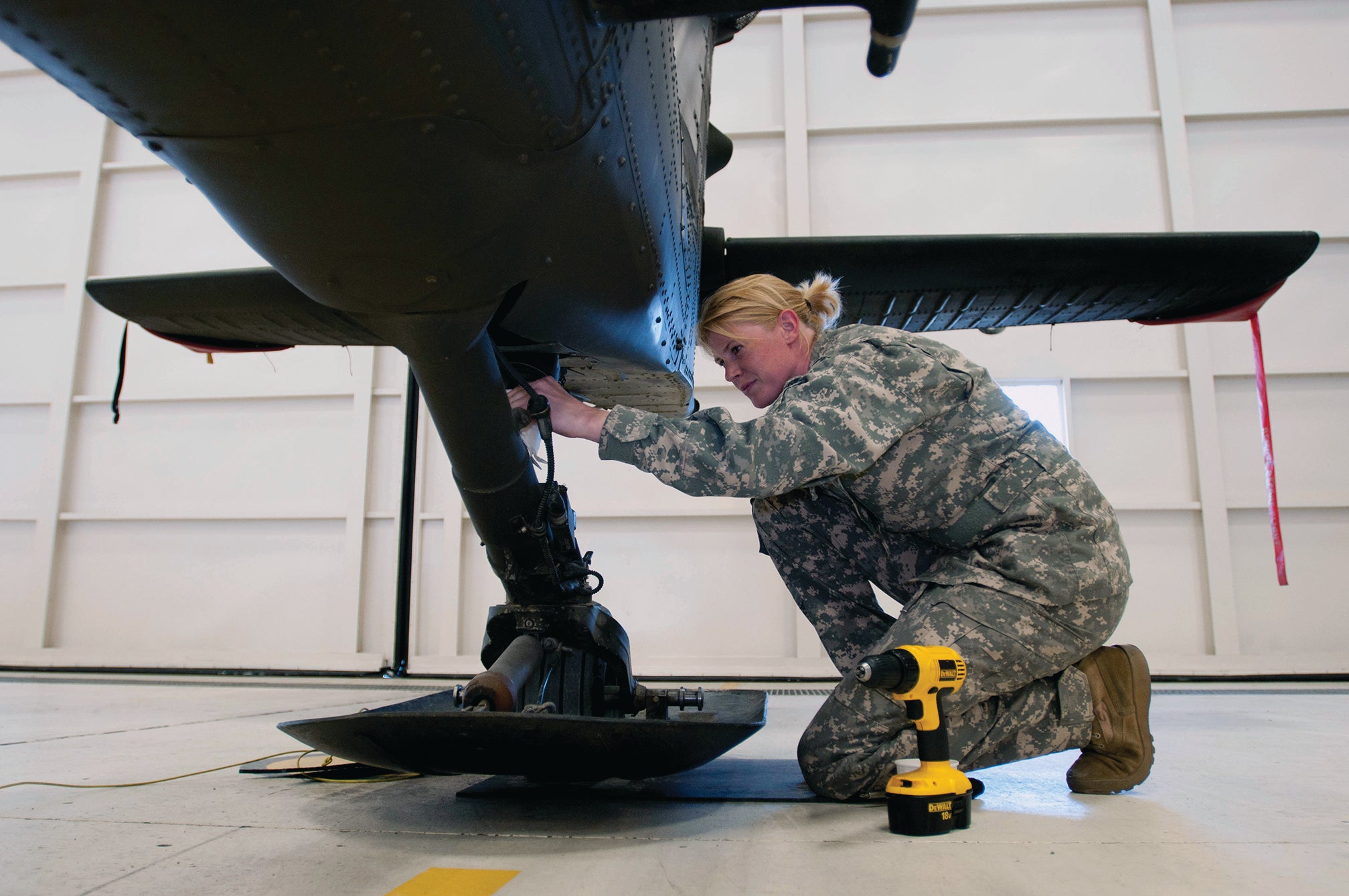 In 12 years of war, Collyar said, deploying units left behind helicopters and other equipment that needed maintenance at their home bases, while falling in on equipment in the war zone. This resulted in maintenance needs in the states and overseas, as deployed soldiers often faced a maintenance task bigger than they could handle. The operating tempo and heavy flying hours resulted in the need for more maintenance than Army units could do on their own, requiring increased reliance on contractors, Collyar said.

With deployments winding down and military budgets dropping, Collyar wants soldiers to replace some of the contractors. “We have to get the green-suiters back doing the things they have been trained in the schools to do. [They] have been doing a lot of other things in the last few years and haven’t gotten the growth and experience we would like.” 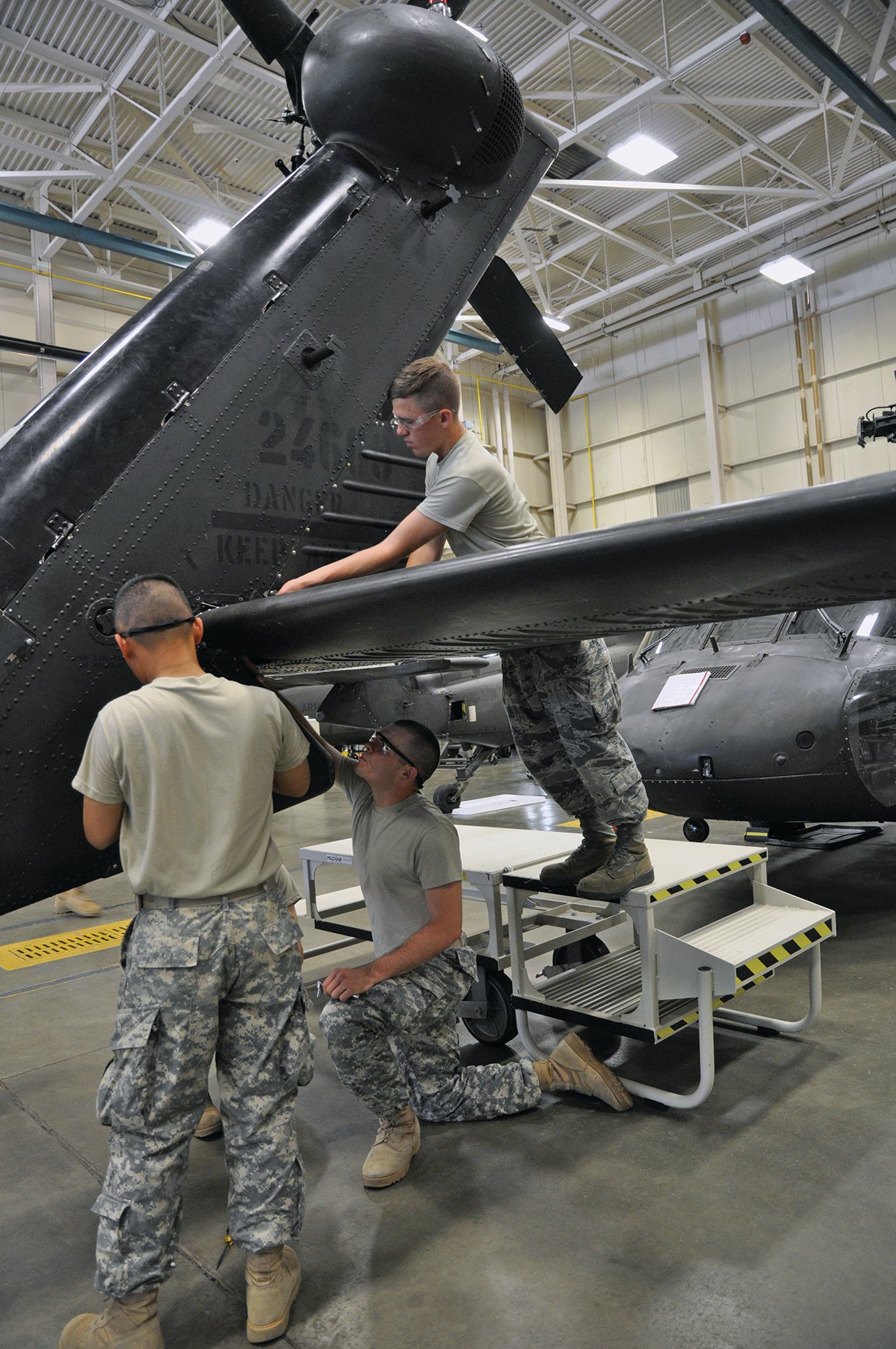 They have not been doing maintenance because they have been flying more hours and pulling security and convoy duties, he said. In some cases, he said, units were assigned to four different locations, each of which needed its own maintenance staff. The tables of organization and equipment for operational units did not provide enough people.

The result was that contractors were doing more maintenance while the skills of soldiers who had trained in maintenance eroded, he said. How much those skills eroded depended on their duties during deployment: “There are people who have deployed multiple times who have actually done maintenance jobs their entire time there. Their proficiency is better than the average person we have ever had before,” Collyar said. “There are other people, though, who didn’t get to do that, or who didn’t get to work on different models and design of aircraft. We have to get them back to the totality of what their military occupational specialty is supposed to cover,” he said. 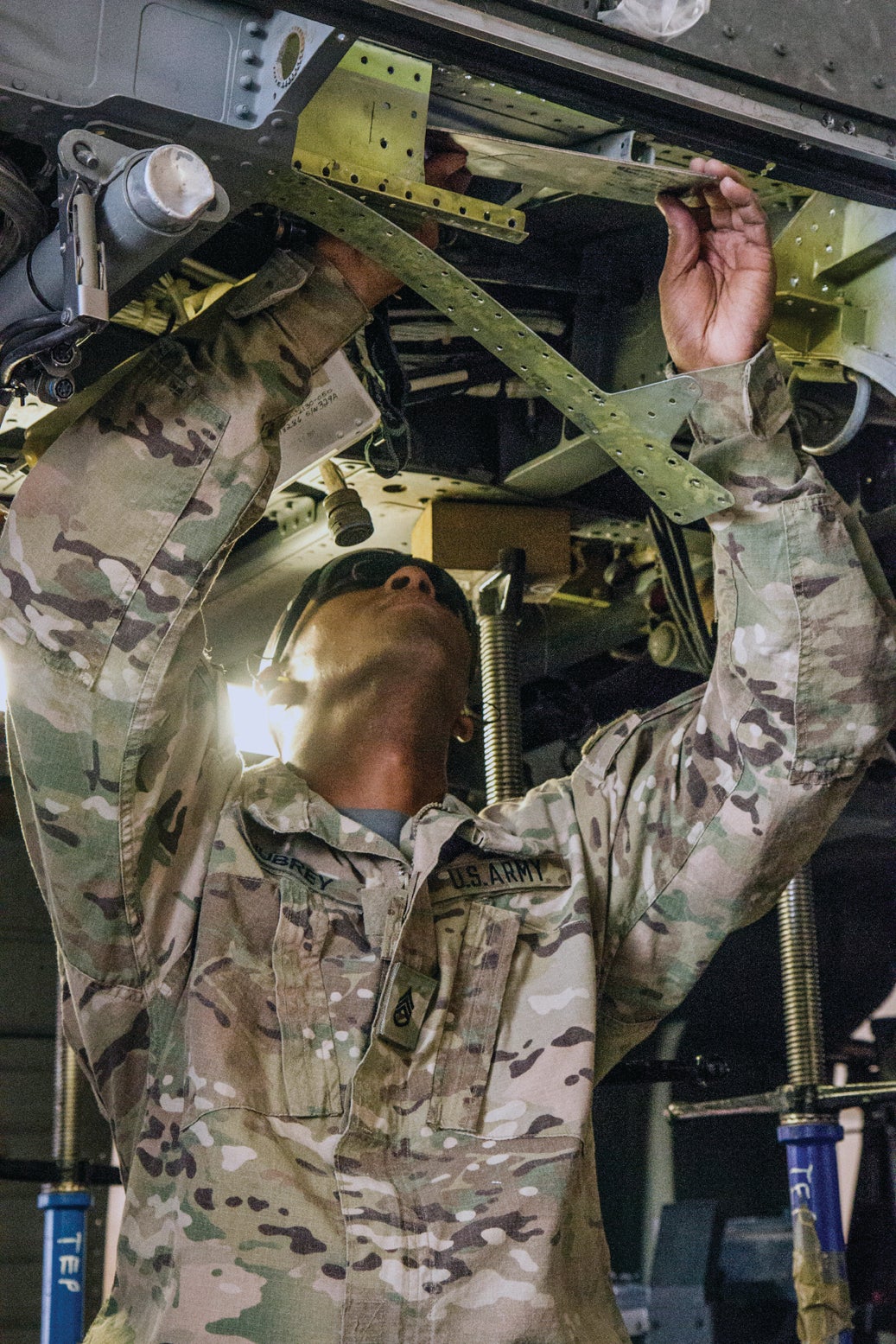 This does not mean contractors will be banished from hangars, he said. He has no plans to suddenly announce it is time for all contractors to leave. “We always had contractors in our motor pools,” he said, using the term motor pool to include hangars and other maintenance areas. “That is not the issue. When we get to an end state here, we will still have contractors in our motor pools to facilitate capability. They will continue to do what they are doing, but we will have some of our green-suiters work side by side with those people to relearn those skills and to get additional experience working side by side with the people who have been doing [the work]. Then, we gradually take over from there.”

Collyar believes that having soldiers and civilians working side by side will provide an opportunity to assess who needs refresher training and in what specific areas they need help. “You can see where their skills are and where they are not if you have other people working there with them.”

Noncommissioned officers also could receive some training in schools, Collyar said. He is also interested in reviving an abandoned program in which soldiers kept a log of which maintenance skills they had mastered and when they received retraining. This would provide an easily understood assessment of who needs what training, he said.

While he is responsible for aviation maintenance, Collyar said the same initiative would apply to other maintenance skills.