The Humvee of Today and Tomorrow

From ambulances to cargo/troop transports to tube-launched, optically tracked, wire-guided missile carriers, the Humvee family of vehicles has played myriad roles across the military. Nevertheless, it is often cast into the shadows by the spotlights shining on the Joint Light Tactical Vehicle (JLTV) program, the purpose of which is to provide greater protection to soldiers than that offered by the Humvee.

Although the JLTV is receiving greater emphasis, the Humvee’s critical mission roles will continue for decades, as evidenced by recently stated Army intentions to develop a plan for the Humvee fleet through the year 2048. Against that background of longevity and criticality, service planners are working to find a balance between prioritizing the platforms of tomorrow and maintaining and enhancing those of today. The most recent version of the Army’s Tactical Wheeled Vehicle Strategy outlines some of the issues surrounding the ubiquitous fleet.

The Humvee, also known by the acronym HMMWV, for High Mobility Multipurpose Wheeled Vehicle, “was initially fielded [in the mid-1980s] to serve as a light, highly mobile and unarmored vehicle at a procurement cost of roughly $70,000 when adjusted for inflation,” the strategy says. “In its efforts to adapt the HMMWV to modern requirements, the Army has increased the performance and protection of the HMMWV, increasing the cost of an up-armored variant to over $160,000 (over $220,000 with Fragmentation Kits). This modern Up-Armored HMMWV (UAH), however, still does not fully meet the evolving mobility or protection requirements of our Soldiers. The Army is therefore developing the Joint Light Tactical Vehicle (JLTV) to fill this capability gap.”

Characterizing the development and fielding of the JLTV as the highest priority for the Light Tactical Vehicle (LTV) fleet, the strategy adds that the Army will “research and be prepared to apply alternative solutions for the LTV mission sets not replaced with the JLTV or MRAP FOV [family of vehicles]. Expect to sustain these portions of the HMMWV fleet for up to an additional 20–30 years through the use of recapitalization and depot-level repair. The Army will solicit industry to see what options exist for competitive recapitalization of HMMWVs to improve protection while sustaining or improving automotive performance.”

Significantly, at the same time that the Army has been looking toward the future of the Humvee fleet—now likely to extend a half-decade beyond the 20- to 30-year window noted in the strategy—the dynamic nature of the fleet has been highlighted by a number of ongoing related and direct program milestones. Recent achievements range from the award of contracts for associated M200A1 and M1061A1 trailers to the start of production and deliveries for several hundred new M997A3 ambulance vehicles.

The M997A3 program, for example, provides a critical update to the Army National Guard tactical ambulance fleet, with the new vehicles augmenting and, in some cases, replacing older Humvee models. The new M997A3 vehicles will provide medical responders with an improved drivetrain and electrical components, interior equipment storage improvements, brighter lighting in the litter area, better temperature and ventilation control, and easier movement between the front cab and rear area.

The new vehicles are being integrated by the Rock Island Arsenal Joint Manufacturing and Technology Center, which produced five prototypes before going into full production this past January. The arsenal, located in Rock Island, Ill., is currently integrating 15 ambulances a month and will ramp up to 30 a month starting this month. The complete order for 500 new vehicles should conclude in June 2015. 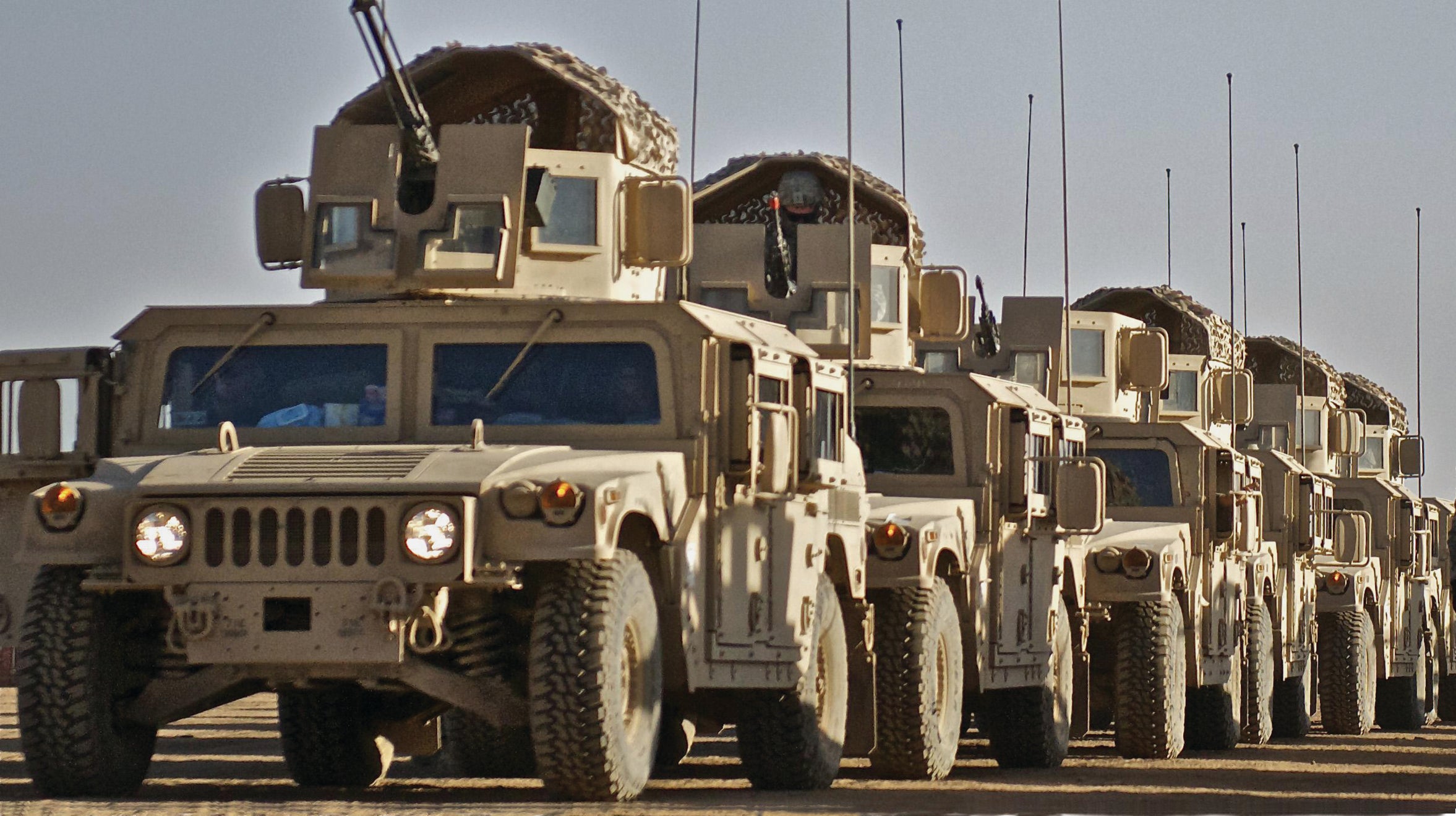 Other recent program activities include the award of contracts under two related programs called Modernized Expanded Capacity Vehicle-Automotive (MECV-A) and MECV-Survivability (MECV-S). The programs represent downsized approaches to what had been an earlier Army vision of a single encompassing MECV program, which reflected the primary effort toward the “competitive recapitalization of HMMWVs” identified in the Tactical Wheeled Vehicle Strategy.

The early foundation for MECV was built from two separate U.S. Army requests for information (RFIs). These RFIs recognized the need to recapitalize many of the overweight and overworked Humvees returning from theater. Based on industry responses to those RFIs, combined with additional theater lessons learned and related operational need statements, MECV emerged as a competitive program to recapitalize and integrate enhanced capabilities into the Humvee Expanded-Capacity Vehicle (ECV) chassis, improving crew survivability while restoring vehicle capacity and performance.

Reflective of industry interest in MECV, the Association of the U.S. Army Annual Meeting and Exposition in October 2011 featured several industry-funded MECV concept designs prepared in anticipation of the formal program effort. Following the release of fiscal year 2013 budget guidance, however, the Army distributed a program update stating, “In keeping with DoD and Army Budget Programming and Leadership decisions, the Administration’s recently released budget proposes to terminate the MECV program. No further action in support of the MECV program is planned.

“Industry should be applauded for the professional, prompt and detailed support given to the MECV program,” it added, although some involved with the industry-funded design developments were privately less than appreciative of the “applause.”

Referencing that dead MECV vision during a later briefing to industry, then-Col. (P) David Bassett, who was Deputy Program Executive Officer for Combat Support and Combat Service Support at the time, said, “We simply did not have the resources to pursue the competitive recap[italization] program that was previously envisioned, which we called MECV, and JLTV in the same time frames. So the services, specifically the Army, took the steps to shut down that competitive program as we originally envisioned it, because there weren’t procurement dollars to go buy those once we came up with a configuration.”

Reiterating that the main LTV thrust for both the Army and the Marine Corps is JLTV, Bassett highlighted positive feedback from the summer 2013 JLTV Engineering and Manufacturing Development vehicle demonstrations at Quantico, Va., adding that “at the same time, we realize that our large HMMWV fleets aren’t going anywhere. So we are continuing to evaluate sustainment options for [them].”

In the aftermath of the MECV effort, those sustainment options evolved into the two separate limited exploration pathways previously noted: MECV-S and MECV-A. MECV-S focused on new industry responses to vehicle protection issues. MECV-A, which the Army worked in conjunction with the Marine Corps, looked at potential automotive upgrades that could be applied to the Humvee platform to keep it relevant in the fleet and in the force for as long as necessary.

“MECV-Automotive is evaluating engines and suspensions and other things that may very well turn out to be less expensive over the long run to cut into those vehicles, either through ‘modernization through spares’ or through some future recap effort,” Bassett said, “but we don’t believe we have any near-term requirement for a competitive [MECV] recap program the way it was envisioned in the first case.” 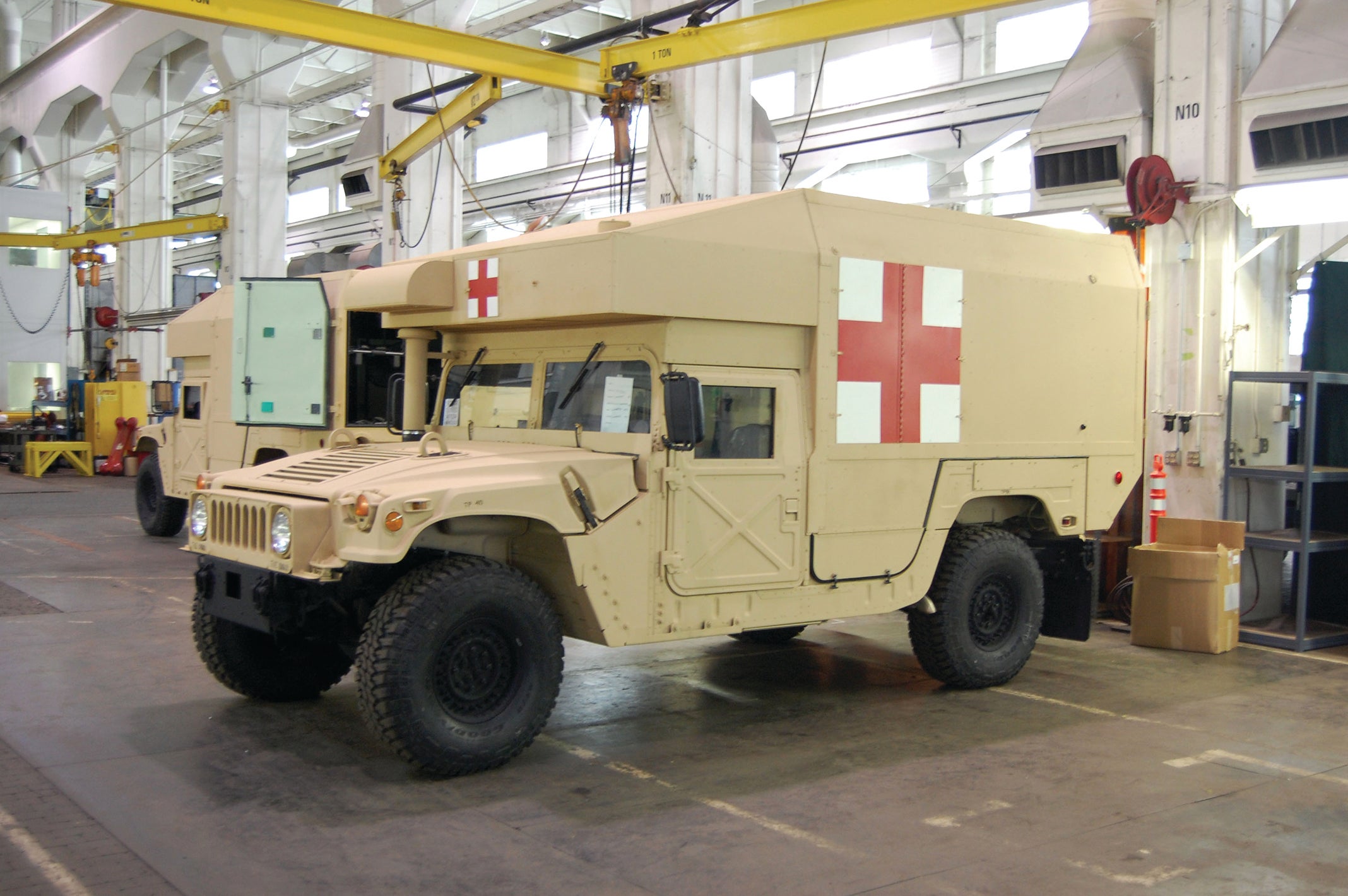 In a recent summarization of the current U.S. Army LTV vision and JLTV/Humvee balance, Kevin Fahey, U.S. Army Program Executive Officer for Combat Support and Combat Service Support, said, “Currently, we have prioritized light tactical vehicle modernization resources to support the successful JLTV program. … A significant portion of today’s HMMWV fleet will remain relevant for decades to come, and examining potential improvements that may enhance performance and survivability is prudent across all vehicle fleets. Sustaining the Army’s Light Tactical Vehicle fleet will include divestiture of the oldest, least capable assets to maintain the right fleet mix and a healthy fleet age.”

He concluded, “While the Army does not have a current HMMWV upgrade program, the Army and Marine Corps maintain a strong, collaborative relationship that includes exploring potential HMMWV improvements. … While budget limitations preclude modernizing any fleet to the highest possible level, examining ways to effectively target potential future investments that improve capabilities and reduce operating costs is important for our soldiers and will remain an important consideration going forward.”