The Army’s ability to continue to dominate its adversaries while executing an ever broadening range of missions hinges on its ability to maintain and advance its current capabilities in space and missile defense. U.S. Army Space and Missile Defense Command/Army Forces Strategic Command (USASMDC/ARSTRAT) provides the ability for the Army to leverage space capabilities while simultaneously protecting deployed forces and the homeland from ballistic missile threats. The Army has played crucial roles in the development of these space and missile defense systems from the early concept years through the successful deployment and operation of our current systems.

Throughout recent history, the Army has been a vital component of our national space and missile defense. Under the direction of Redstone Arsenal’s Wernher von Braun, it was the Army that conducted the nation’s first successful space launch in 1958. In 1961, Alan Shepard became the first American in space, propelled to orbit via a modified Army Redstone rocket. The next year, the Army pioneered ballistic missile defense when the Nike-Zeus became the first missile to hit a missile, which was compared to “a bullet hitting a bullet.” This Army technology continued to contribute to NASA’s and DoD’s operations throughout the Space Race and the Cold War. Operation Desert Storm introduced the world to the power of space-based combat support, enabling the joint fight with enhanced satellite communications (SATCOM) and Global Positioning System-assisted operations. Today, all facets of military operations depend on space capabilities.

Going forward, it is important to highlight the Army’s current role in space, its contributions to the nation’s missile defense and its ongoing efforts to enhance the effectiveness of these critically important capabilities. 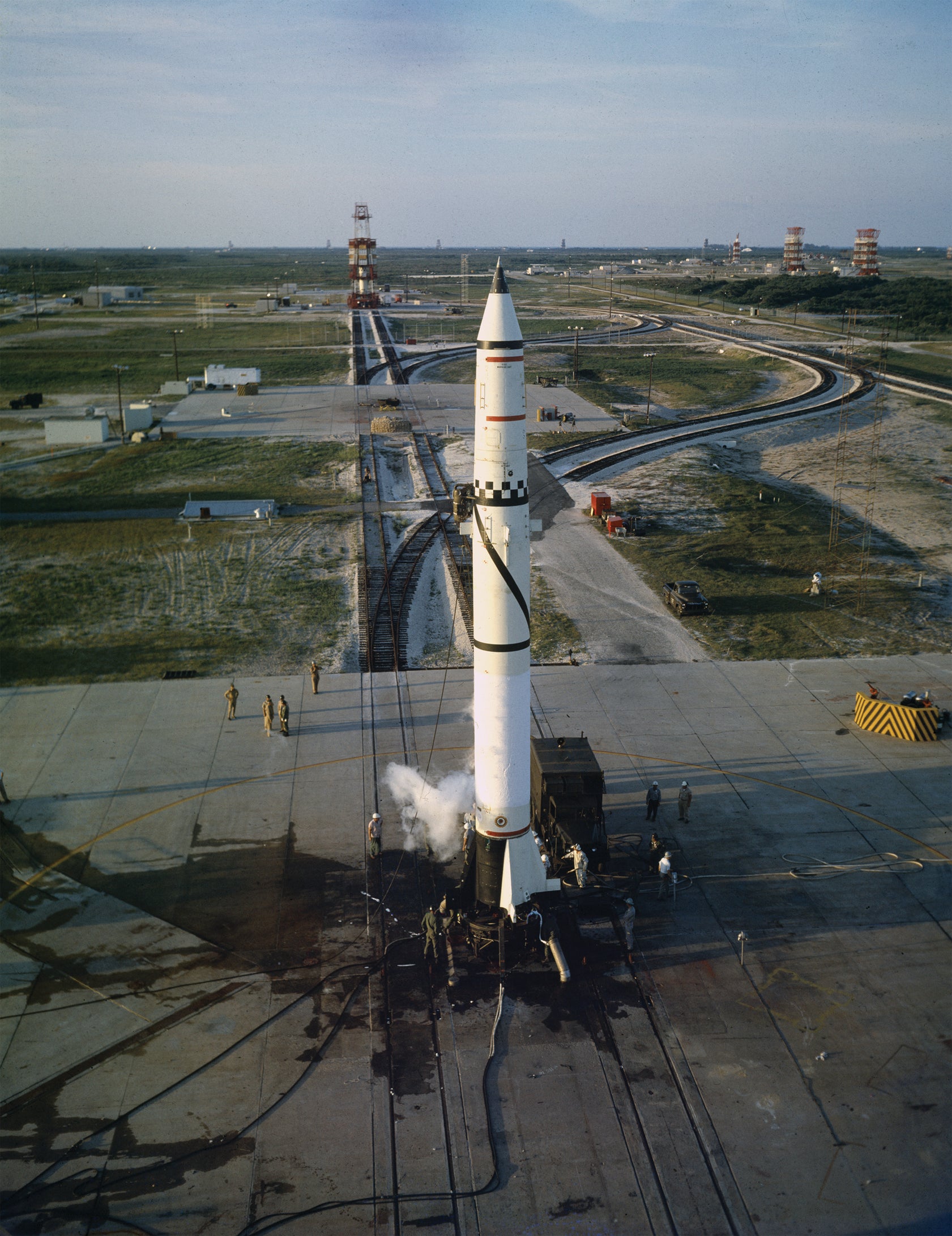 Workers study a Redstone missile on the launch pad at Cape Canaveral, Fla., in 1958. (NASA) 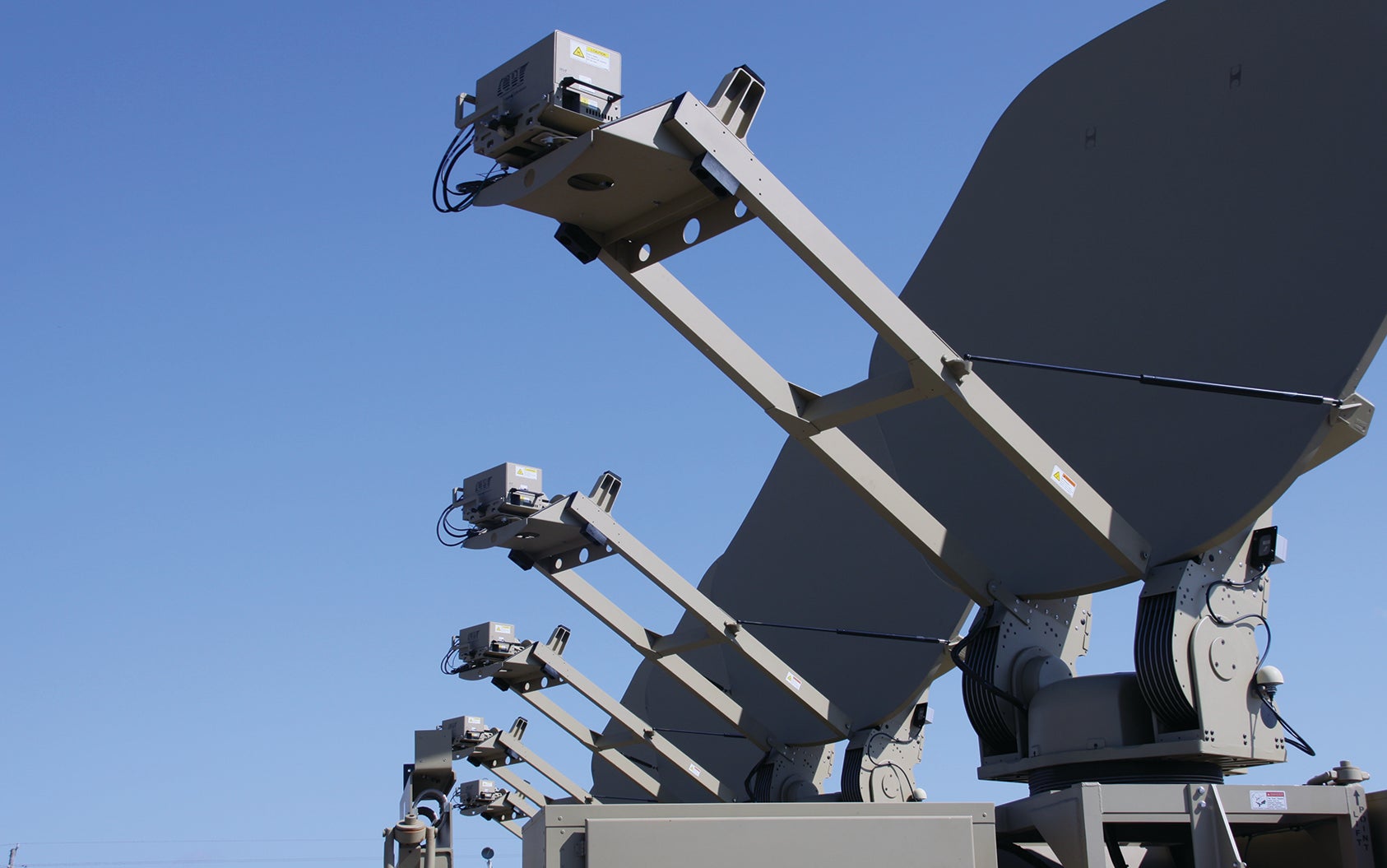 America faces exceedingly determined, capable and adaptive adversaries (both traditional near-peer threats and rogue actors) who use advances in, and proliferation of, ballistic-missile technology to threaten the homeland and contest our freedom of action abroad. Army Integrated Air and Missile Defense (IAMD) forces are critical to countering enemy anti-access area-denial operations, and they provide the joint force a protected location from which to project and sustain combat power. As a result, IAMD is one of the Army’s top priorities.

USASMDC/ARSTRAT serves as the proponent for IAMD requirements within the Department of the Army, and in this role it advocates for the development of capabilities, capacity and readiness across strategic, operational and tactical levels. The command is also responsible for organizing, training and equipping soldiers assigned to manage ballistic missile defense (BMD) units. The Army oversees the Missile Defense Agency and U.S. Air Force missile testing at the Ronald Reagan Ballistic Missile Defense Test Site located on Kwajalein Atoll in the Republic of the Marshall Islands. In addition, USASMDC/ARSTRAT is the force provider for BMD forces at Fort Greely, Alaska, and Vandenberg Air Force Base, Calif., where soldiers from the Army’s 100th Missile Defense Brigade operate the Ground-Based Midcourse Defense system. Currently the nation’s only defense against limited intercontinental ballistic missile attacks, this system provides constant vigilance under the operational control of U.S. Northern Command. The Army does not fight alone, especially in regard to missile defense. The Army works in close coordination with U.S. Strategic Command’s Joint Functional Component Command for Integrated Missile Defense (JFCC-IMD). The integrator and synchronizer of global missile defense assets worldwide,  JFCC-IMD serves as the combatant command’s representative, working to ensure requirements are understood and concerns are addressed.

The threat of missile attack to the homeland and our allies will continue to grow. To counter these threats, the Army of 2020 and beyond must continue to evolve its missile defense capabilities, including continued testing, exercise and development of next-generation interceptors. We must maintain and enhance our ability to provide Mission Command across far-reaching geographical regions, explore policies and interactions with our allies, and continue to focus foremost on the defense of the homeland. 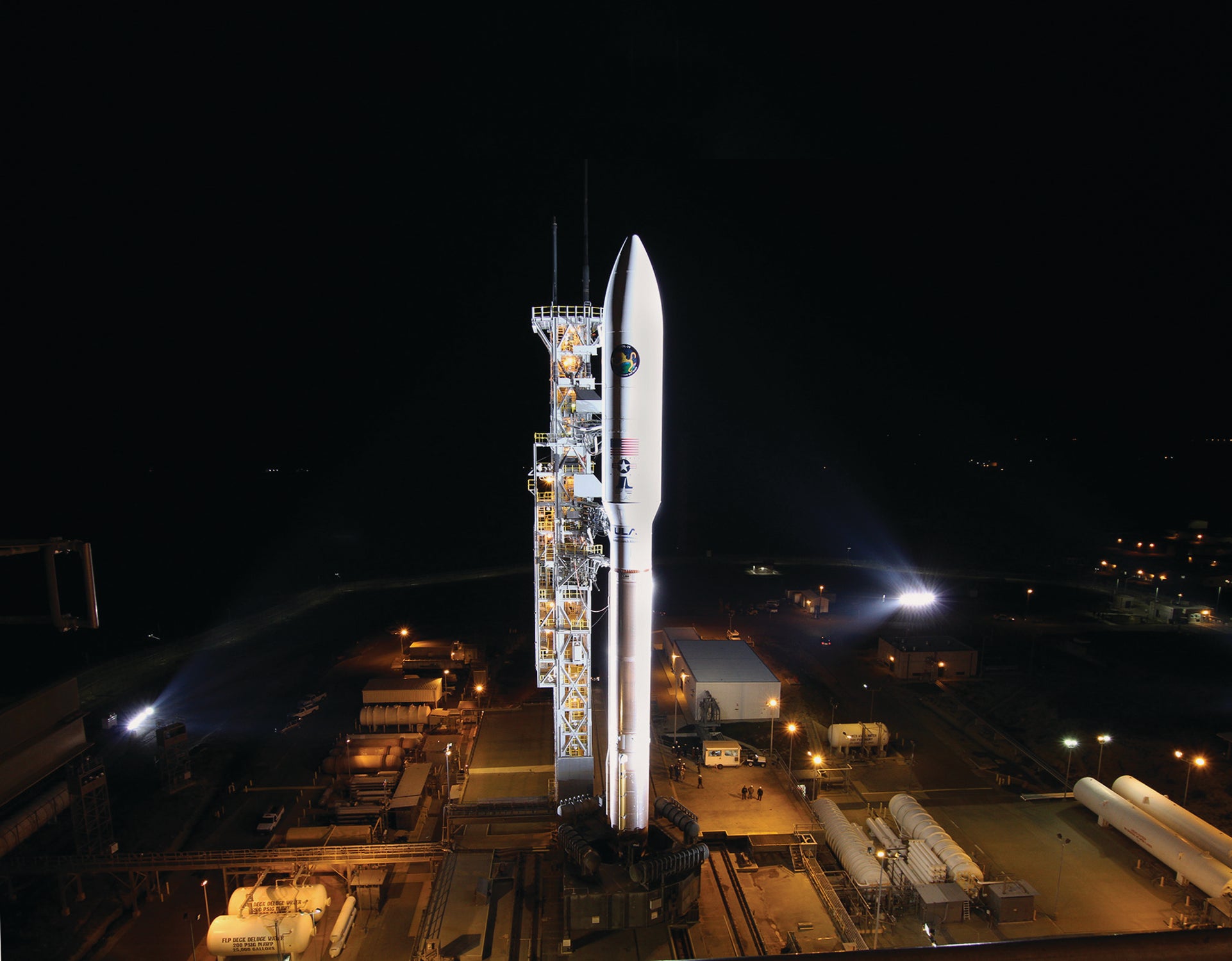 The advancement of space and missile defense systems is critical to the protection of our nation. Increasing these capabilities would not be possible without ongoing research and development (R&D).

While these nanosatellite demonstrations will help identify how to rapidly fill urgent space requirements, our work with high-energy lasers shows promise in extending the Army’s technological bounds. Our High Energy Laser Mobile Demonstrator has successfully engaged and destroyed mortar rounds, unmanned aerial vehicles (UAVs) and UAV-mounted sensors, and, given further R&D, there is potential for a ruggedized, mobile, high-energy laser to counter rockets, artillery and cruise missiles. The command will continue to pursue technologies that will lead to increased space and missile defense capabilities for warfighters.

The R&D of innovative technologies is necessary, but not sufficient, to provide new capabilities to warfighters. It also requires the continued development of doctrine, training and personnel. As the Army’s force modernization proponent for space, high-altitude, and global missile defense forces and capabilities, USASMDC/ARSTRAT develops concepts and doctrine publications such as Army Field Manuals 3-14 Space Support to Army Operations and 3-27 Army Global Ballistic Missile Defense Operations. In addition, this command completed the Army space operations white paper, which determines space capabilities and training for the Army of 2020.

In conjunction with these publications, the command teaches more than 200 formal courses to more than 6,000 students each year, and it will continue to integrate space training into the Army’s schools. The Army Space Training Strategy articulates the Army’s plan for ensuring that soldiers and leaders understand space systems’ contribution to land warfare. The Army is integrating space training into institutional training schools within the common core curricula of the Captains Career Course and the Command and General Staff Officer Course, and in more than 50 courses at the fires and intelligence centers of excellence. In addition, the combat training centers include space training in unit rotations.

Additional 2014 initiatives include integrating space training across the Army at centers of excellence, the School for Command Preparation, the Sergeants Major Academy and the Noncommissioned Officers Education System. The command also assists in the development of tactics, techniques and procedures employed by space and missile defense professionals. USASMDC/ARSTRAT is continuing to refine its BMD training in areas such as FBM sensor management and command launch equipment.

Retaining superiority in an environment defined by advanced weapons, expanding missions, increasingly sophisticated enemies and tightening fiscal constraints requires the Army to make the most efficient use of available resources. As unified land operations show increased dependence on space and missile defense, the future of the Army becomes more inseparably linked to these capabilities. Space and missile defense systems integrated throughout the spectrum of land warfare will continue to extend commanders’ ability to successfully execute a wide array of missions. USASMDC/ARSTRAT will continue to provide superior forces and mission-critical assets in support of warfighters, the Army and the nation.

Lt. Gen. David L. Mann is the commanding general of U.S. Army Space and Missile Defense Command/Army Forces Strategic Command. He has served in various command and staff positions in the United States and abroad. He holds master’s degrees in engineering management from George Washington University and in national security and strategic studies from the U.S. Naval War College.