For the seventh consecutive year, the Army men defeated the other services at the Marine Corps Marathon to win the Armed Forces Championship.

Rounding out the team were Capt. Chad Ware and the team’s coach, Col. Liam Collins.

Not to be outdone, the women’s team dominated the other services by placing three runners in top 10 of all female finishes.

Former race champion Capt. Meghan Curran placed second overall with a time of 2:50:24 and won the Armed Forces Championship for the third time in four years. 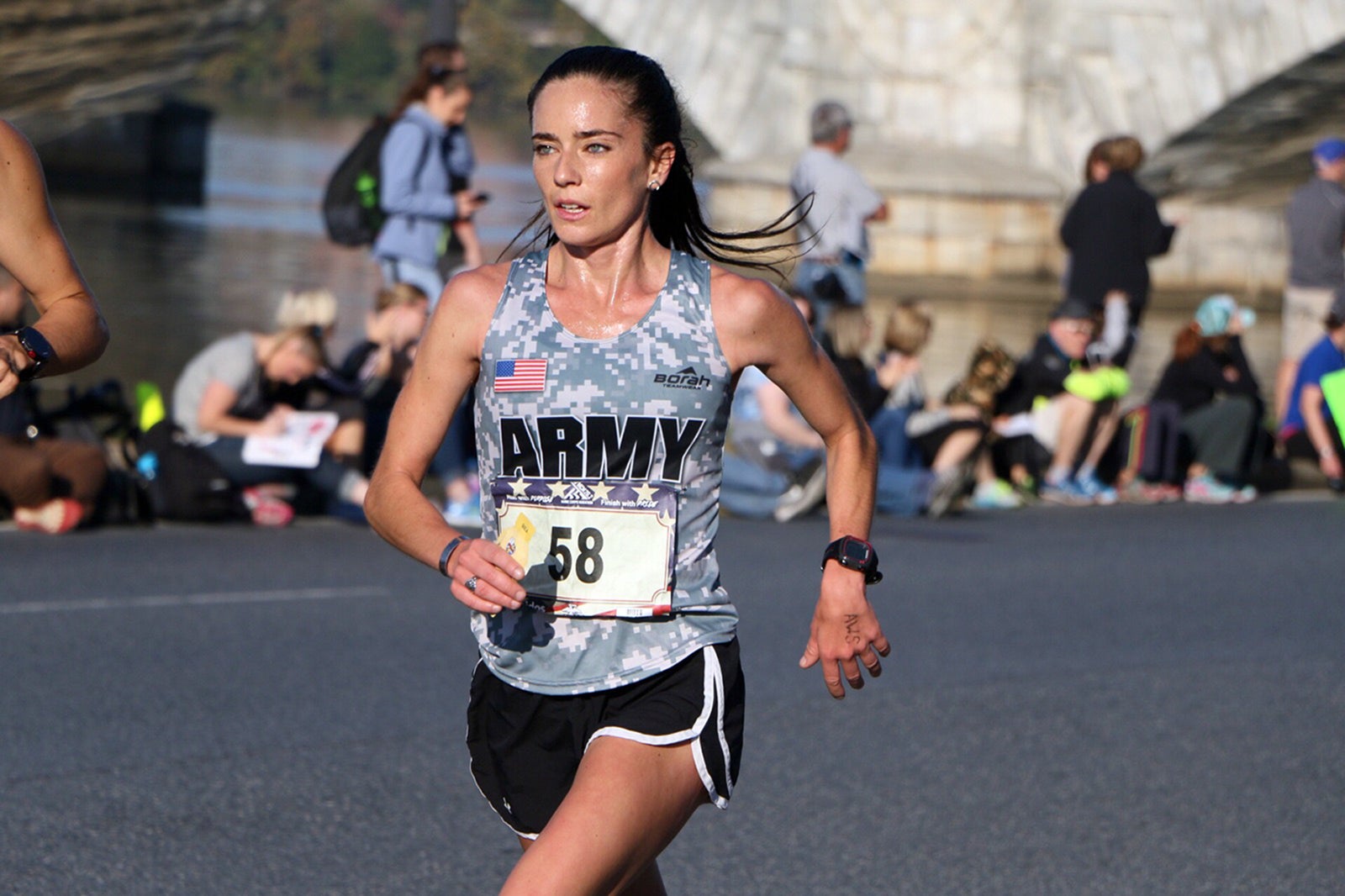 Collins was pleased with his team’s performance. He said, “The Navy brought a couple of very strong teams, so it was great to see the Army men and women step up to the challenge and pull out tough wins.”

In All Army Sports, Soldiers from Active Duty, Reserve and National Guard compete in a variety of sports at the highest levels to include Armed Forces, USA Nationals and Military World Games. We support Soldier readiness and well-being through athletic performance, military bearing and competitive spirit.