Soldiers and civilians kept AUSA Book Program authors busy throughout the course of the three-day Annual Meeting and Exposition held at the Walter E. Washington Convention Center in early October.

The AUSA Pavilion, located in the meeting’s exhibit hall, provided counters for the authors to display their works, answer questions, and autograph copies of their books.

They drew attention from both casual passers-by and noted figures such as retired Gen. Jack Keane, a former Army vice chief of staff, and now a Fox News analyst. 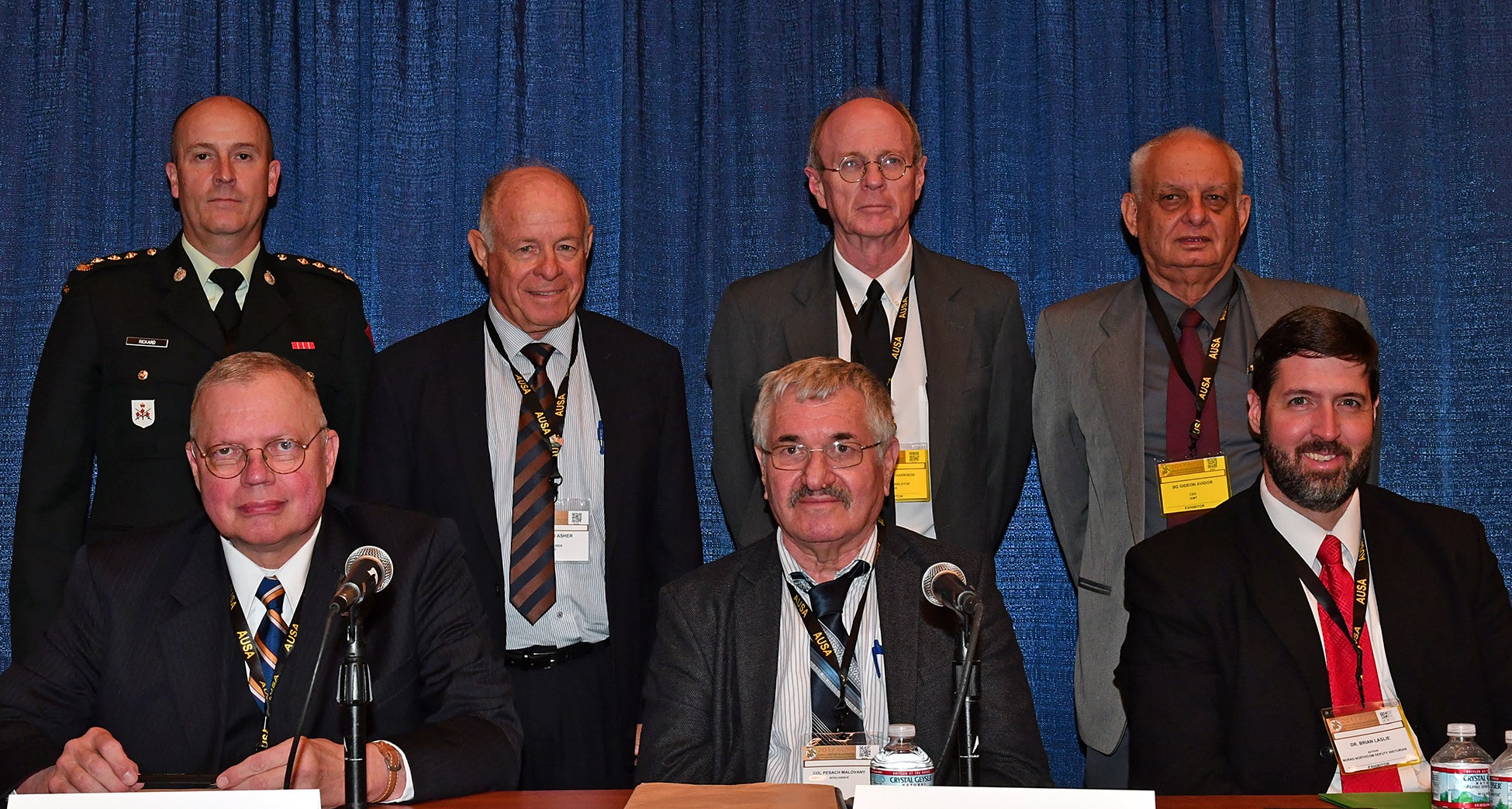 Two former members of the Israeli Defense Forces joined Asher at the Authors’ Forum on the first day of the meeting.

Brig. Gen. Gideon Avidor presented At the Decisive Point in the Sinai: Generalship in the Yom Kippur War, and Col. Pesach Malovany discussed Wars of Modern Babylon: A History of the Iraqi Army.

Dr. Brian Laslie introduced his book Architect of Airpower: General Laurence S. Kuter and the Birth of the U.S. Air Force by addressing the unspoken question: “What’s an Air Force historian doing at an AUSA event?”

He reminded the audience that the air service was part of the Army through the end of WWII and noted that Kuter learned to fly to become a better field artilleryman.

After his presentation on Lossberg’s War: The World War I Memoirs of a German Chief of Staff, Maj. Gen. David Zabecki joined the audience as he answered a series of questions.

For more information about the AUSA Book Program, visit our website at: https://www.ausa.org/resources/book-program