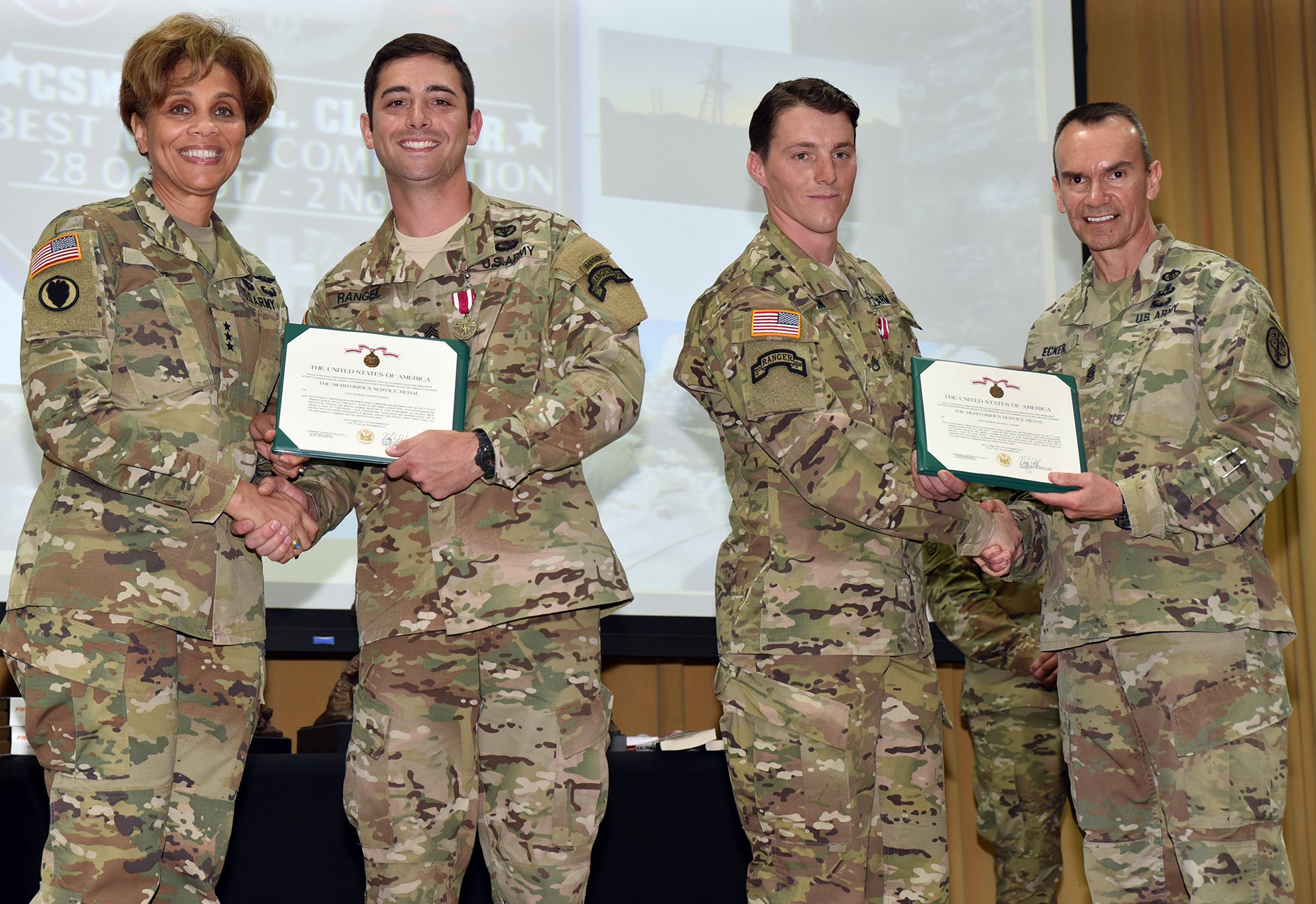 Philbin said, “We were definitely surprised, after getting the marksmanship award, I figured that would be our line, I definitely didn’t expect [to win] but I know Joe and I tried hard and worked well as a team.”

Lt. Gen. Nadja Y. West, U.S. Army surgeon general and commanding general of U.S. Army Medical Command, said during the award ceremony, “By participating in this competition you have set yourself apart from your peers… you represent the best of Army Medicine.”

Philbin believes they were selected because he and Rangel have served together previously and work well together as a team.

Rangel explained that there wasn’t a need to prepare for the competition because being a Ranger, Rangers are always expected to perform at a higher level at all times.

“We practice our normal SOPs and protocols throughout the training cycle. We went at it with what we had,” said Rangel.

The competition is designed to test the medics’ medical proficiency and leadership while working together as a team.

It is open to all Regular Army, Army Reserve, and Army National Guard soldiers, who have earned the Expert Field Medical Badge or the Combat Medical Badge.

Competitors must be adaptive leaders who are tested in physical fitness (walking up to 30 miles throughout the competition), tactical pistol and rifle marksmanship, land navigation, and overall knowledge of medical, technical, and tactical proficiencies through hands-on tasks.

Rangel explained that his team had a strategy, “We had a lot of buddies who attended the U.S. Army Best Ranger Competition and they had hints for us, like stretch out between each event, make sure we are constantly hydrating, and to make sure we are not always trying to push ourselves to the extreme. Don’t try and get first place in everything but just try and land among the top five so we have some gas for the next activity or lane.”

Competitors’ skill sets must be a solid mix of tactical, technical and critical thinking in order to win the competition.

“This [competition] was a test to prepare you for the ultimate test on the battlefield – Go back to your units and share your excellence,” said Command Sgt. Maj. Gerald C. Ecker, U.S. Army Medical Command.