The Principles of Resignation: A Primer

The Principles of Resignation: A Primer

In an April 8 opinion piece published online by The Hill newspaper, the two authors questioned why no senior military leader had resigned in protest over the Navy’s cases involving SEAL Edward Gallagher or the captain of the aircraft carrier Theodore Roosevelt, Brett Crozier. And in a June 3 post, the Lincoln Project called for both Chairman of the Joint Chiefs Gen. Mark Milley and Secretary of Defense Mark Esper to resign for “an egregious lapse in judgment.”

Anyone who has read my book, Just War Reconsidered: Strategy, Ethics, and Theory, or the essays I’ve written on the subject of civil-military relations, or who has heard me speak knows I think both senior military and political leaders should have the option to resign as a matter of principle. In fact, I believe in some cases, principled resignation is a moral obligation.

Neither the opinion piece in The Hill nor the statement from the Lincoln Project, a political action committee fighting President Donald Trump’s reelection, advances a proper understanding of resignation in the context of U.S. civil-military relations.

First, the essay in The Hill calls for resignation in protest. Senior civil and military leaders have experience in not having their recommendations followed or only partially followed. To resign in protest because one’s advice isn’t followed would be viewed as professionally immature. The stakes involved in consequential decisions are often significant. Those who participate in helping the final decision authority use that authority responsibly must be mature professionals, and the final decision authority must be able to count on that maturity in the rough-and-tumble dialogue that precedes and follows a major decision.

Second, a call for resignation in a published opinion piece, as in both the essay in The Hill and the Lincoln Project statement, makes public what should be a private matter—private because the candor required in civil-military dialogue needs a protected space, and private because a decision to resign is a matter of individual conscience. Using the media to create a groundswell of support for a particular position is political behavior, not professional civil or military behavior. The Lincoln Project’s statement specifically says, “the presence of

the Secretary and Chairman at this ignominious event [Trump’s June 1 photo opportunity at St. John’s Episcopal Church] transformed them into political partisans.” So would a public resignation.

Third, calling for resignation by anyone outside the participants makes an assumption that those on the outside understand the facts more than those with access to available information. Of course, that could be the case, but it would be the exception, not the rule.

Finally, and more to the point in Crozier’s case, calling for resignation on April 8 was premature since the investigation was ongoing. According to a May 27 post on USNI News, the Crozier investigation had only recently been handed over to the chief of naval operations for review. And in the case of the June 1 photo op, the details of how the chairman and secretary ended up on-site can be termed a “bait and switch” situation.

• The Constitution assigns the right of final decision to the president, or in some cases, the secretary of defense. This principle guarantees civil control of the military, a bedrock of our democracy.

• All rights have corresponding obligations, however, and responsible use is the obligation that accompanies the right of final decision. The obligation of responsible use, in the U.S., is shared in two senses. First, it is shared between the legislative and executive branches through
the fundamental concept of checks and balances of coequal branches of government. Second, it is shared by those senior civil and military leaders who participate in the highest levels of dialogue leading up to a final decision and in the execution of and adaptations to decisions. This obligation avoids capricious use, increases the likelihood of final decision authority being properly used, and recognizes all American rights have limits, even those of a final decision authority.

• The fundamental principle each American, regardless of station or position, remains responsible for is their conscience and actions. Without such a belief, neither the Declaration of Independence nor the Constitution could have been written. Further, the Nuremberg trials validated the applicability of this principle to military officers and public officials. This principle also helps ensure that the American people are not served by moral automatons.

These principles—among others that one can identify only in the specifics of a particular case—are, or should be, at play during discussions leading up to consequential decisions. Also at play, and in an important way, are the facts of a particular case. Facts matter when one is trying to apply principles in order to arrive at a judgment—which is what a consequential decision is. And judgments are not empirical in the same way as solutions to a math or engineering problem. 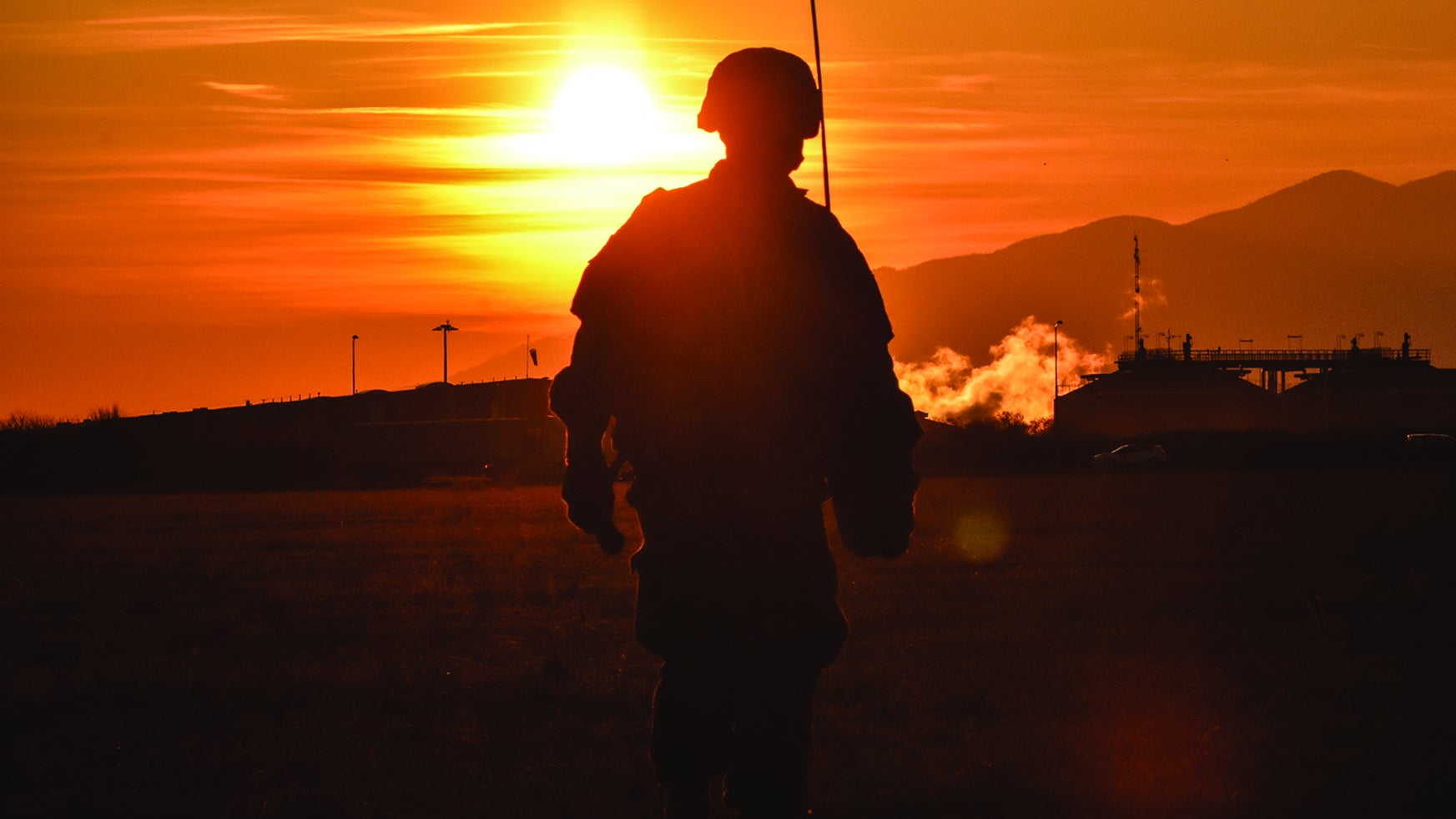 Last, the final decision authority as well as the senior civil and military leaders who serve that authority are always dealing with more than one important and pressing issue. Multiple, complex and important issues coexist. Decisions cannot be made based on a single-issue perspective because a decision in one area usually affects one or more others. Ambiguity, dissent, dynamism and complexity are four of the reasons a final decision authority is best served by a robust, often contentious set of discussions before a decision is reached as well as during execution so the initial decision can be modified to fit changing circum- stances. A theory of principled resignation acknowledges these aspects of the decision-execution cycle.

A theory of principled resignation also realizes that the discussions necessary in making consequential decisions—often iterative with a final position emerging over time—are best not held in public. Among others, former Defense Secretary Robert Gates explains why protected space is critical to the civil-military dialogue in his book, Duty: Memoirs of a Secretary at War. The dialogue at the highest level also requires participants who are morally mature—that is, participants who not only will speak truth in the presence of power but also understand that they may be wrong. Participants must also be active listeners willing to question each other,

be open to altering their views, and execute a decision that may be counter to the position they hold. Such a dialogue requires protected space.

Finally, a principled resignation approach holds that resignation is a last resort, not a first reaction. In almost every case, the preferred action is voicing one’s position or opposition; trying to convince the final decision authority or other participants in the discussion—either before an initial decision is made or after execution when some adaptation is necessary—to adopt a different approach.

A principled resignation position acknowledges risks. The senior civil or military leader who resigns must expect some form of sanction, or even punishment. From Socrates on, there’s plenty of historical precedent for being punished after acting according to one’s conscience. Moral courage is not risk-free. But the individual senior leader is also at risk if they do not resign once arriving at the last resort.

Such a leader risks what Lewis Sorley quotes Gen. Harold Johnson, an Army chief of staff during the Vietnam War, in Honorable Warrior: General Harold K. Johnson and the Ethics of Command as saying: that he would go to his grave with a “lapse in moral courage on my back.” And there’s also the personal risk of having one’s moral conscience “slow-cooked,” for not only can power corrupt, but nearness to power can also.

There’s risk to the nation, too. An America where its senior leaders always choose to “go along” is a country at risk. In an unqualified “go along” environment, the nation loses a critical recuperative mechanism. As Albert Hirschman observes in Exit, Voice, and Loyalty: Responses to Decline in Firms, Organizations, and States, if voice doesn’t work, resignation may be the last chance to bring attention to the fact that something is, or may be, seriously wrong. “Exit,” or resignation, Hirschman goes on to say, “has an essential role to play in restoring quality performance of government ... the jolt provoked by [an] exit of a respected member is in many situations an indispensable complement to voice.”

Finally, there is the risk to civil control of the military. This risk is real, but often overblown. In the U.S., civil control of the military is set in law and tradition. The risk of an American military coup is so low that it cannot be measured. If a senior military leader resigns as a matter of principle, then holds a press conference to air their grievances, however, that would be a direct challenge to civil control. Or if, as was the case at one point during the Vietnam War, all the joint chiefs considered resigning en masse, that would certainly be a threat to civil control. The resignation of one or two people, however, is a different matter. The strength of the U.S. civil control apparatus can easily withstand a resignation. Jim Mattis’ 2018 resignation as secretary of defense is a case in point.

There are important principles involved in these calls for resignation. The principles of undue command influence and responsible use of final decision authority, for example, are involved in the Gallagher and Crozier cases. So are the principles of good order and discipline and the need to preserve an apolitical military. The Lincoln Project’s call raises the principle of an apolitical military by claiming the complicity of the chairman and the secretary in the photo op, which “undermines the faith of the American people in the armed forces of the United States and politicizes the defense of the nation.” Esper’s June 3 news conference and Milley’s June 2 message to the joint force, however, refute the charges of complicity and clearly show how seriously both take their oath to support and defend the Constitution.

Adding these to the three core principles listed above, however, doesn’t form a neat set. Principles never do, not in our private lives or in our professional lives. Principles often conflict with one another, one more reason why judgments lack the precision of a mathematical or engineering problem.

And yet another reason why any final decision authority—whether the president, secretary of defense or a field commander—needs others to help ensure a complete understanding of the facts as well as a full airing of options, pros and cons, risks and mitigation measures before making a final decision.

Whether the Gallagher and Crozier cases or the discussion over the use of federal troops on American streets justify the principled resignation of senior civil or military leaders is a question worthy of answering. Maybe there are reasons for a “yes” answer. But neither stating that good order and discipline have been damaged therefore someone should resign, nor that a lapse in judgment requires resignation, provides that.