There’s a saying at the U.S. Military Academy: “Much of the history we teach is made by people we taught.” Last year at Fort Benning, Ga., the first three female soldiers in the history of the U.S. Army graduated from Ranger School. As one of the most difficult training courses that soldiers can volunteer for, Ranger School is hailed as a premier combat leader-development program with inflexible standards.

There is a flurry of conjecture about what the graduation of these Army officers—1st Lts. Shaye Haver and Kristen Griest, and Army Reserve Maj. Lisa Jaster—means for the nation. Before our national focus shifts completely to the implications of this historic event and the big question of “what’s next,” it is critical that we don’t lose sight of the women whose achievements are bringing this moment about.

I was one of the upperclassmen in charge of Haver during her first two months in the Army, going through West Point’s cadet basic training, known as “Beast.” I remember her from our training company; she was a freshman and I was a senior. She had a few traits I’d like to draw attention to.

I remember Haver being quiet. During Beast, most cadets are quiet, out of fear as much as necessity. The fear is ever-present because at West Point, to plebes, upperclassmen are made to be larger than life. Especially during Beast, there is a constant fear that being flashy enough to get on the radar will end in gaining the kind of attention that demands extra pushups. But ultimately, the quiet comes from the fact there’s so much to learn. One of the first things they tell cadets at West Point is that there is more to learn than there are hours in the day. Learning happens through listening; cadets who spend more time talking than they do listening are quick to fail. Haver listened well. 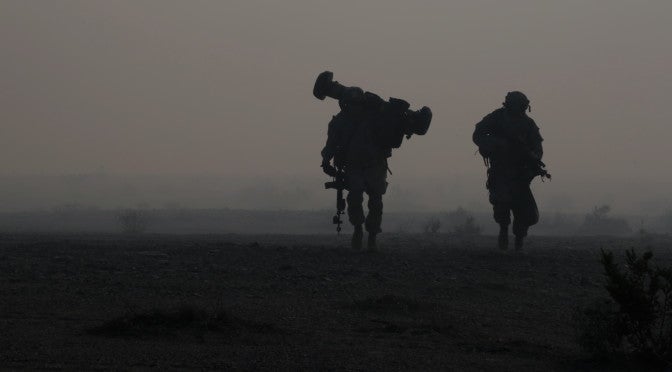 I also remember that she was focused. One of the most significant jobs freshmen have during Beast—besides learning how to “close with and destroy the enemy”—is to deliver newspapers. Freshmen are required to deliver newspapers to upperclassmen each morning, with the intention of encouraging seniors and subordinates to get to know one another. This also affords upperclassmen the chance to further develop their trainees.

During training, we upperclassmen made a ritual out of sidelining new cadets by asking them personal questions about their hopes, dreams and aspirations for their time in the Army. Once we had our questions answered, it was on to the pushups: “So, Cadet, you want to become the next chief of staff of the Army? Well, not if you can’t drop and give me 50. Start pushing!”

Haver managed to slip by my room without ever having to do excessive pushups, a true testament to her ability to stay on track. I remember her answering every question with one of the four basic responses you are “authorized” as a plebe: Yes, Sir; no, Sir; no excuse, Sir; and Sir, I do not understand the question. With these kinds of focused responses, it wasn’t easy to draw Haver off-task. And only a soldier on a mission could muster the focus to stay within those narrow parameters.

And finally, I remember that she was a team player. In the eyes of peers as well as those of the administration, it’s hard to perform well at West Point. While cadets never forget that we’re on the same team, every classmate is competing for his or her slot in the class rankings. Ultimately, a statistical combination of physical, academic and military rank determines what each cadet’s job will be when the time comes to pin on lieutenant bars and serve our nation as an officer. The higher each cadet is ranked, the more likely he or she is to receive a desirable job in the Army. The competition is fierce, and the jockeying for position constant.

I remember that when Haver’s peers ranked her, she came out at the top of her group. I also remember that when we upperclassmen ranked their group, she was at the top of our list as well. This doesn’t happen every day. Indeed, success with one group often means failure with the other. But her desire to be a true team player helped her overcome that limitation with ease.

From the Haver that I knew during her first two months in the Army, I gather that for her, the journey to Ranger School was not the “social experiment” the media has called it. It was simply an opportunity for her to build on the character and camaraderie she enjoyed at West Point. This was a chance for her to prove herself and become a better person, team member and leader.

As we begin to consider the achievements of these soldiers, let’s take a moment to retreat from the strategic implications. Before the naysayers, activists and pundits have their way with this event and the lessons it entails, let’s pause to think about these new Rangers. Let’s take a moment to consider what they’ve taught us about character. In looking at the individual, we can draw a lesson so simple, yet so significant, that it warrants consideration before all else: Quiet, focused professionals can change the course of history.

Capt. Garrison E. Haning U.S. Army Reserve. He deployed to Iraq in 2011 as a platoon leader with the 1st Cavalry Division and served as a battery commander at Fort Sill, Okla. He is a 2009 graduate of the U.S. Military Academy.