What Lessons Should We Take From the Iraq War?

On Nov. 5, 2015, I spoke as part of the Gen. Lyman Lemnitzer Lecture Series sponsored by the Association of the U.S. Army’s Institute of Land Warfare. I was opposed to the 2003 Iraq War. But I set out in my talk to explain why Iraq had descended into civil war following the 2003 invasion; why it came out of civil war during the Surge; and why it has gone back into civil war.

De-Baath-ification and dissolving the security forces collapsed Iraq’s already weakened state in 2003. In the power vacuum, gangs and militias flourished. U.S. policies inadvertently accentuated the divisions in society and institutionalized sectarianism in the new structures it set up. The new elites put in power by the U.S. had little grass-roots support and used sectarianism to mobilize the population. The civil war was exacerbated by al-Qaida and Iran, which presented themselves as the defenders of Sunnis and Shiites, respectively, and fanned the flames.

Iraq emerged from its civil war by mid-2008. During the Surge, the U.S. military changed its tactics to focus on population security, outreach to insurgents, and precise targeting of those deemed irreconcilable. The Surge helped bring about a shift in the strategic calculus of the various groups: They stopped using violence. The U.S. military brokered cease-fires and truces among Iraq’s competing groups.

All the indicators were positive, and we hoped elections would produce a political settlement and power-sharing that would set Iraq irreversibly on the path toward stability. The turnout for the 2010 elections was high. The elections were closely contested, with the Iraqiya coalition, which campaigned on a platform of “no to sectarianism” and “Iraq for all Iraqis,” narrowly winning the most seats.

Unfortunately, in our rush for the exit, the U.S. failed to uphold the 2010 election results. Nouri al-Maliki secured a second term as prime minister, with the support of Iran. His policies marginalized Sunnis further and created an environment that enabled the Islamic State group to rise up out of the ashes of al-Qaida. And Sunnis, who had previously contained al-Qaida in Iraq, determined that the Islamic State was the lesser of two evils when compared with Maliki’s Iranian-backed regime. The Islamic State is not the root cause of the problems in Iraq but rather a symptom of the breakdown of an inclusive political order.

So what should we learn from the Iraq War?

First, nothing that happened in Iraq after the overthrow of Saddam Hussein in 2003 was preordained or inevitable. There were different potential futures for the country. There were hopes of a world without Saddam, and the missed opportunities to create a better order. We have seen the unintended consequences of our action as well as our nonaction. We need to show greater humility. We need to investigate, in a bipartisan way, what went wrong and why so that we better understand the limitations of external actors in foreign lands—and where it is we can have influence.

Second, it’s all about their politics. We tend to frame things in terms of good guys and bad guys. But really, it is all about power struggles. Those we excluded from power sought to bring down the new order; those whom we empowered sought to use the country’s resources for their own interests, to subvert the nascent democratic institutions, and to use the security forces we trained and equipped to intimidate their rivals. There was more we could have done to broker an inclusive agreement among the elites to create a better balance of power in Iraq—and to better balance power in the region.

Third, we need a national strategy. Our civilian leadership needs to be more realistic in the goals it sets and the assumptions it makes. It also needs to better develop an overall strategy to bring about a political outcome. If and when military force is used, it should be as a means to bring about the desired political outcome, not as an end in itself. Critically, we need better diplomats and a more capable State Department, properly resourced by Congress. We also need senior military leaders who are better able to explain to their civilian masters the limitations of military force and its utility. We have many tactical generals; we need more strategic generals. We claim to have the best military in the world. So why do we lose our wars? 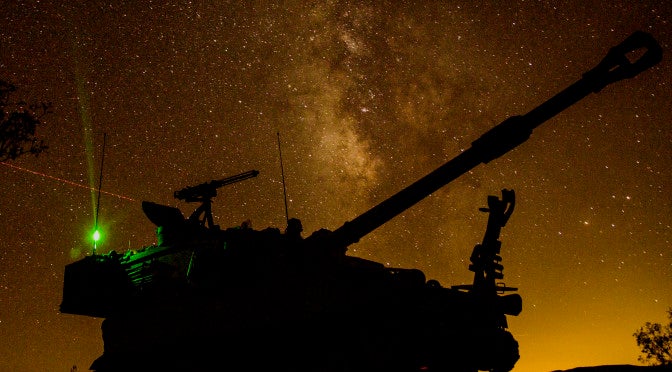 The Iraq War led to the deaths of over 150,000 Iraqis and 4,500 U.S. military members; to regional meltdown; and to the proliferation of jihadis. If we don’t learn anything from the Iraq War, then all that sacrifice, all that loss of blood and treasure, will have been for nothing.

If we don’t take stock of who we are as a country, what we stand for and what our national interests are, the Iraq War might mark not only the end of America’s moment in the Middle East, but the end of Pax Americana globally.

I hope not, because as the Middle East shows, the vacuum left by the withdrawal of the U.S. will be filled by others: Russia, Iran, China and nonstate actors.

I hope not, because America has given so much to the world—and has much more to contribute to making the world more peaceful and prosperous for all mankind.

Emma Sky, director of Yale World Fellows, is author of The Unraveling: High Hopes and Missed Opportunities in Iraq. She served in Iraq from 2003 to 2004 as the governorate coordinator of Kirkuk, and from 2007 to 2010 as political adviser to Gen. Raymond T. Odierno, then-commanding general of U.S. Forces in Iraq.