When someone thinks of the most important traits and competencies a successful ethical leader must possess, humility is rarely, if ever, mentioned. Some would even argue that if leaders have or display any humility, they are actually showing weakness. I beg to differ and argue that some level of humility can make people better leaders, be a mitigating or governing construct that helps leaders better control their thoughts and behaviors, and neutralize toxic behaviors and narcissism.

Our best, brightest and most successful leaders, regardless of context (military, business, medicine, education, sports and so on), are all ambitious and have egos, and that is not a bad thing. In fact, it can easily be argued that ambition and ego are requirements for success, especially at higher levels of responsibility and authority. Excessive, unchecked ambition or ego, however (just like too much of anything), can be a recipe for problems—professionally, personally or both. The counterbalance to too much ego is a dose of humility.

How does having humility make for better leaders? Most importantly, it gives them a genuine sense of humanity. This means those leaders know, understand and internalize that they aren’t perfect—intellectually, socially, physically, spiritually or emotionally (more succinctly, they understand they put their underwear on the same way everyone else does). To put it another way, such leaders know, understand and internalize that they are vulnerable and fallible in these same five domains. This sense of humanity in leaders should manifest itself in behavioral terms by encouraging them to:

Leaders who practice some or all of the above behaviors will most likely have better command climates (organizational culture), higher unit morale and better-performing units. Unit members who are led by leaders with a sense of humility will have higher levels of psychological safety, and the organizational culture will foster openness and candid feedback, resulting in better performance. Also, the organization will most likely not have a zero-defects mentality (no toleration of mistakes), resulting in the empowering of subordinate leaders with responsibility and authority by their senior leaders. This sense of empowerment is a key to success with the Army’s new focus on Mission Command.

The antithesis of humility is an inflated ego or narcissism. All leaders (in fact, all people) possess some level of narcissism; it’s a spectrum from low to high. Importantly, leaders with higher levels of narcissism rarely, if ever, practice these seven behaviors. In fact, they do just the opposite. They don’t truly listen (they might pretend to), they are not open to criticism, and they don’t challenge their own thinking or assumptions. They simply focus on themselves and their own success, most often at the long-term expense of the organization and its people.

Army Doctrine Publication (ADP) 6-22 Army Leadership does not directly address the construct of humility. It does, however, discuss the necessity for the leader to have character (as an attribute), which it defines as “the essence of who a person is, what a person believes, how a person acts.” The ADP further specifies one aspect of character as the “internalization of Army Values” and another as empathy, which is “identifying and understanding what others think, feel, and believe.” Leaders who have and practice empathy will most likely have some level of humility. Empathy may be thought of as—and in fact can be—a soft or “wimpy” trait, but it does not have to be. Trying to truly understand something from another person’s point of view and perspective is neither soft nor tough; it is a neutral, cognitive and emotive communication skill.

Army doctrine also discusses the importance of presence and confidence in a manner that addresses the need for humility. As Field Manual 6-22 Army Leadership: Competent, Confident, and Agile states: “Too much confidence can be as detrimental as too little confidence. Both extremes impede learning and adaptability. Bluster—loudmouthed bragging or self-promotion—is not confidence. Truly confident leaders do not need to advertise their gift because their actions prove their abilities.”

In terms of the seven Army Values, leaders who have humility will be more inclined to have and practice a higher level of respect for others. This does not mean being respectful of diversity in terms of race, religion, gender or sexual orientation. This type of respect is certainly important and should almost be a given in our armed forces. The higher level of respect I am referring to entails being open to ideas, thoughts and criticism regardless of the rank, background, position, race, religion, gender or sexual orientation of others—especially subordinates. This level of respect will most likely be a result of the leader having some intellectual humility. Just saying “I respect you regardless of your race or background” does not imply or guarantee I will listen to anything you have to say. In behavioral terms, the leader with this higher level of respect actually desires and asks for critiques, tactful disagreement and challenges of beliefs. 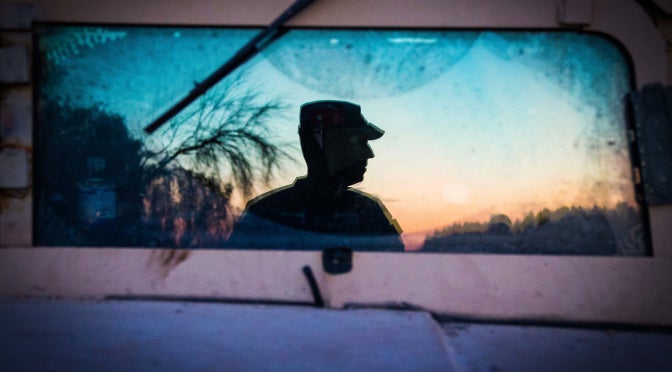 In their book Character Strengths and Virtues: A Handbook and Classification, Christopher Peterson and Martin Seligman suggest that humility is a “person’s own sense that he or she is not the center of the universe” and that it is a stable and enduring trait. They also note that individuals with humility have a more realistic sense of themselves, are less prone to self-deception and rationalization, are better at perspective-taking, and recognize the value and power of teams. In his book The Science of Evil: On Empathy and the Origins of Cruelty, Simon Baron-Cohen is succinct by arguing:

In the absence of any humility, narcissists think they are much better than other people, as if they have special gifts that others lack. Indeed, the continuous boastfulness and self-promotion are partly what others find offensive, not because they are jealous, but because they see these as indicators of the narcissist’s total self-preoccupation. Narcissists … fail to recognize the importance of relationships being two way. For those who have zero degrees of empathy, relationships are not really relationships because they are one way. This is even evident in how much narcissists talk. There is no attempt to make space in the conversation for the other person or to find out about the other person. … They have monologues, not dialogues.

Bruce Avolio is an expert on transformational and authentic leadership. His research suggests that these leaders improve the organization (make it better than when they first arrived) while providing purpose, direction and motivation. As such, leaders who lack humility and are solely focused on themselves may have short-term victories, but they will lose in the long run (hurt the organization and disenfranchise subordinates). In addition, subordinates can often see through phony and self-serving leaders.

In terms of implementation, humility should be added to the list of leader attributes in ADP 6-22. More discussion and education on what humility is and how it can improve one’s leadership seem necessary and timely. Toxic leadership and narcissism have become common terms within the military for good reason. An antidote for this type of abusive leadership is humility, but more importantly, leaders with humility will be more effective at leading themselves, leading others and making their units better.

Lt. Col. Joe Doty, USA Ret., Ph.D., works in ethical leader development. He commanded at the battalion level and previously served as deputy director of the Center for the Army Profession and Ethic.