USA Patriots get the win on 9/11 anniversary

USA Patriots get the win on 9/11 anniversary

The USA Patriots, a team of former service members who lost limbs, beat the BeArded WARRIORS, a team of Huntsville veterans, first responders and law enforcement, 17-3 before a patriotic crowd of more than 1,700.

In addition to the game, the Young Professional chapter hosted various events throughout the day including the Fire Department’s 9/11 tribute, a corn hole tournament and a youth softball clinic led by the USA Patriots. Just before the game was a patriotic tribute to the 20th anniversary, culminating with three members of the All Veteran Group parachuting into the infield near second base with the game ball. Following the game, there was a fireworks show and tribute concert by American Idol participant and North Alabama native, Brandon Elder.

Josh Wege, a USA Patriots outfielder, has made all of the team’s visits to the Tennessee Valley through the years.

“On the 20th anniversary (of 9/11), I’m sitting in the hotel today and I’m thinking when the towers fell, we were just boys and now we’re all grown. We served, put the uniform on and our purpose was to go create a battlefield somewhere else,” he said. “And I’m sitting there today, I realize the firefighters, the first responders, ambulance men, the policemen, they all ran toward danger. And it was a different sort of heroism. It was that doughboy spirit that bled over from the guys at Normandy. That bled over and led those guys to pretty much run to their deaths when they did it. That doughboy spirit.” 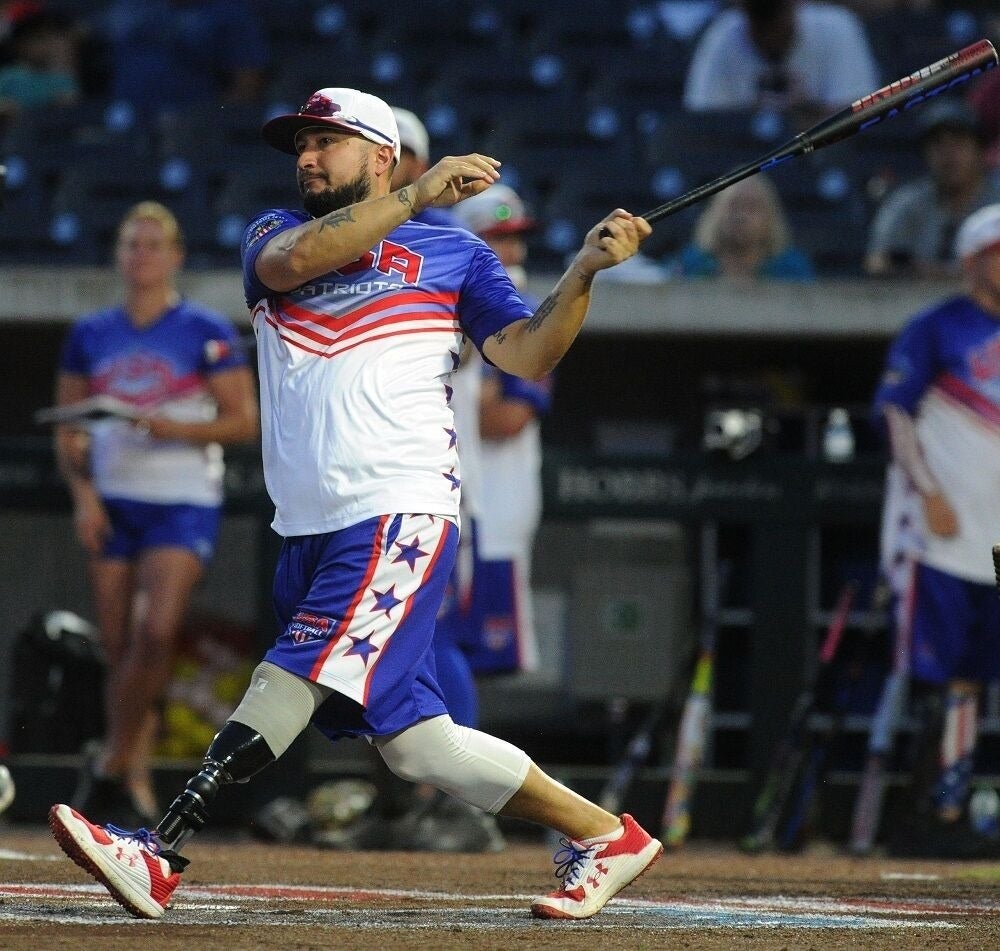