Why we exist: Voice for the Army – Support for the Soldier

Why we exist: Voice for the Army – Support for the Soldier

2017 was quite a year for AUSA. It seems the year simply zoomed by, a blur in many respects. So much changed: a new Commander-In-Chief; a new Secretary of Defense; and, after some delay, a new Secretary of the Army. For our Association, a new Chairman of our Council of Trustees, two new Chapters – Charleston and UAE – and many new Chapter Presidents. 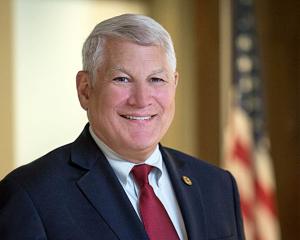 The Army announced formation of a new Futures Command during our Annual Meeting and Exposition, and our series of Senior Executive Roundtables, Hot Topics and Institute of Land Warfare events proved immensely beneficial to the Army and to our industry partners. At your National Headquarters, you’ll find several new faces and a new look to our office spaces.

The 2017 Annual Meeting was a great one by any measure, highlighted by the Secretary of Defense and Gary Sinise, the Marshall Medal recipient. And lastly, but certainly at the top of my list, together, AUSA grew our membership each and every month of 2017, ultimately exceeding our goal of 100,000! What a year.

Unfortunately, 2018 began without an Army budget, continuing an injurious trend dating back to 2009. AUSA has consistently and loudly called for adequate, predictable funding to build and sustain the Army the nation needs, and we will continue to do so, always seeking more effective ways to convey to the Congress the detrimental effects of delayed, insufficient and unpredictable resourcing.

My sense is that Army senior leaders are increasingly seeking opportunities to engage with the many, varied industries that support the Army. AUSA has a key role to play in facilitating such interaction and we’ll look for new and innovative ways to enhance the relationships between the Army and our industry partners.

We will build on the great track record of the Senior Executive Roundtables and in 2018 will fully integrate the Army’s Cross Functional Teams into the roundtable events.

The stand-up of Army Futures Command affords an opportunity for AUSA to fulfill our education and professional development roles, beginning with the Global Force Symposium and Exposition in Huntsville, Ala., where we anticipate the Army’s most senior leaders will roll out key aspects of this new, historic command.

Always seeking to improve and enhance our professional development events, we’ll head back to San Antonio for the second year of the Army Medical Symposium. We’re on track to conduct our first event focused on autonomous systems, scheduled for Fall 2018 in Detroit. And we plan to conduct our Sustainment Hot Topic in Richmond, Va., supported by the Sustainment Center of Excellence at Fort Lee.

We will maintain our focus on membership, but our emphasis for 2018 will be on improving our membership renewal rate through meaningful engagement with our members. The outreach to like-minded associations proved highly successful in 2017 and we will sustain that effort, particularly engaging Army branch associations that may be interested in joining us.

Our industry partner programs change this year as we shift from Corporate Members to Community Partners (managed largely at the chapter level) and from Sustaining Members to National Partners (managed by AUSA national). We’ll seek specific opportunities to engage Army civilians as a key cohort of our membership and will roll out a new Army family-focused membership program as well.

Though our Association will see much change in the year ahead, we should never forget our enduring missions: Voice for the Army – Support for the Soldier.

That’s who we are; that’s why we exist.

We support America’s Army. It is our privilege to stand up for Soldiers, Army civilians, veterans, retirees, their families and the great industry and community partners that support the most powerful land force on the planet.

2017 was a great year. With your support, with the great AUSA team from the national office to the smallest chapter, 2018 will be even better as we, together, do all we can each and every day for America’s Army.