While watching yet another news report about what is going on in the streets of America—civil unrest, lack of accountability, equal justice, racism and politics—I decided to clean my basement. What I found is why I am typing: a dog-eared copy of one of my favorite books—Of Mice and Men.

John Steinbeck’s novella Of Mice and Men, published in 1937, was the tool used by educators to demonstrate three things in my public school experiences. The first was, “What is classic literature?” The second was, “What is the great American novel?” The third is simply an exposition on the human condition. It clearly did all three of those things, and I would submit it reflected the times in which it was written. Sad though it may be, it is allegorical and reads with an odd contemporary vibe today. No longer the trope of our classrooms, it ought to be seen as instructive.

Simply, Of Mice and Men is the story of two hapless migrant workers and the tyrannical gloved son of the ranch owner. George Milton and Lennie Small, the migrant workers, nurture a dream of owning their own land. Curley, the boss’ son, seems to be part jerk and part literary device. His only purpose is to frustrate the pursuit of their dream. The story is spun against the backdrop of California during the Great Depression.

Literature is meant to inspire identification. It should serve as a lens through which we filter our experiences. When it is most true, it drives us to ask, what would I do? How would I react in that situation? What does this mean to me? There ought to be a character in any fiction we read with whom we can identify. I have always tried to identify with characters in everything I have read. I have read this book many times, and it is only now, with these Coke-bottle glasses on, that I derive no joy in its reading—not in the story, not in the characters, not in the words.

I am no longer the “protector” George Milton, who dreams of a better future than the one I live, who doggedly pursues the chance of freedom from oppressive bosses. I don’t have the luxury to be a Lennie Small, a dimwitted but loving oaf of a man who is lost in a dream to live off the “fatta the lan’,” always looking up to the Georges in my life who always nurture my dreams. There is no time for me to tend rabbits. Despite all I have saved, it is impractical that I be a Candy, offering to buy my way into another man’s dream. I have not lost a part of my body, nor do I wonder if I can still do the job. 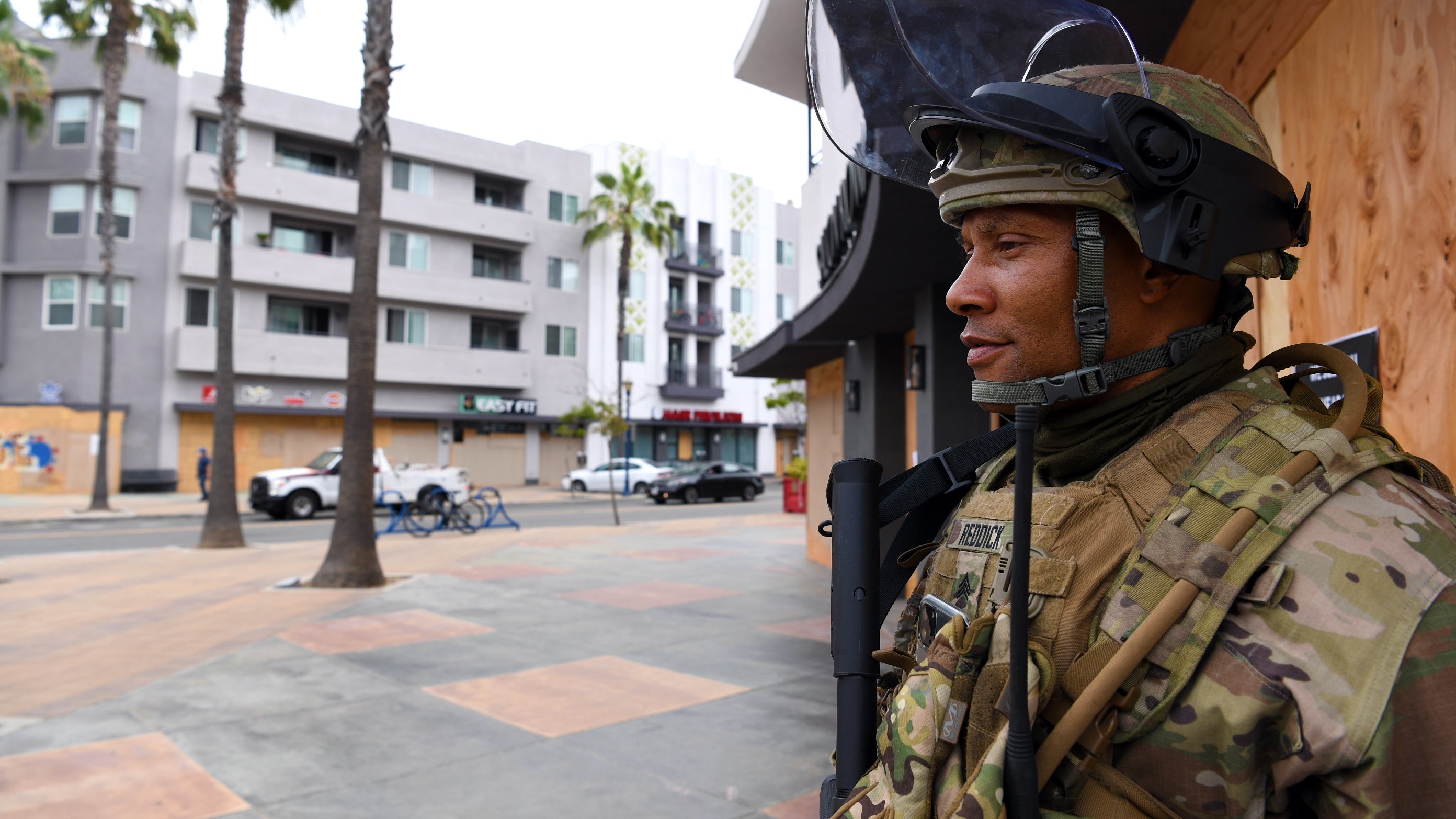 The daze I am in based on recent events and the violence riding shotgun in our nation doesn’t have me feeling much like Slim. I don’t have the capacity to understand anything. I just hurt. Well, what about Crooks? Surely I can identify with the black stable hand, walking around full of contempt that anyone would dare dream of something better than this, aching back and bitter soul as fit replacements for dreams deferred. No, I am a child of Selma. My mother’s milk is hope.

I would submit that leaders often fall prey to shifting paradigms, in particular as they execute the leader-to- led relationship. How often do we as leaders fail to recognize shifts in the fabric of our key resource—people? If the Army is a reflection of the society from which it draws America’s sons and daughters to transform into soldiers, then we had better wake up.

The problem with being unable to see myself in a quintessential work of American literature is I find myself identifying with not Curley nor Crooks nor George nor even Lennie. Instead, I identify with the puppy. The puppy which, of course, is an animal and not a man. Lennie had the responsibility to protect and serve the puppy, not unlike some in our police forces. Sometimes, though, they hold too tight (under the guise of caring) and, just like with Lennie, deaths occur. My hard-won perspective can also be extended to our Army.

First-term attrition negatively impacts a force looking to drive readiness and modernization efforts. It still comes down, though, to perspective. Who is in our force? Where have they come from, geographically as well as culturally? How have they been damaged by poor family, leadership, or both? What’s their story? How do we account for these things and ensure they know they have value? While it would seem intuitively obvious that beyond my surface diversity (the color of my skin) there are a great many things that are different about me, the problem with perspectives is that these things are rarely recognized.

That, to me, is what it is to be a Black man in America. It is to be misunderstood. It is to have others lack the empathy to understand the weight of my responsibilities. To speak to my 10-year-old son about his conduct so he can live. Having the same conversation with my 77-year-old father so I can live. To see a cherished thing, this book and my nation, all the while wondering what happened to them. To desire being lost in its curved pages, bobbing between words, gliding from protagonist to antagonist and lilting denouement. It is to surf the waves of anger, sadness, pride and joy, all the while knowing your birth and passage are fueled by an overwhelming sense of loss. It is a loss that permeates our culture and our communities and defeats our Americanness. It is this lack of perspective, empathy and understanding of parts of our force that hinders readiness, limits modernization and stifles growth.

A journal entry from Steinbeck is particularly prescient, and its poignancy can’t be escaped nor refuted. It simply says, “In every bit of honest writing in the world there is a base theme. Try to understand men, if you understand each other you will be kind to each other. Knowing a man well never leads to hate and nearly always leads to love. There are shorter means, many of them. There is writing promoting social change, writing punishing injustice, writing in celebration of heroism, but always that base theme. Try to understand each other.”

Try to understand each other. Be kind.

Try to understand each other. Lead to love of nation, Army and self.

Try to understand each other. Or just watch the news.