Embracing the task to conduct training events focused on validating units in fundamental skills, our battalion, which we are not naming here, held a Military Decision Making Process training exercise. This event required each Special Forces A-Team, as a detachment is known, to plan an unconventional warfare mission in a designated European country against a peer threat.

The intent was primarily to externally evaluate each detachment’s capability to isolate and plan an unconventional warfare mission. While the detachments demonstrated the ability to follow the step-by-step Military Decision Making Process, as given in the Special Forces Detachment Mission Planning Guide from March 2006, we, the evaluators, identified trends that revealed critical failures in leadership and planning.

Of these trends, the most glaring was the failure of detachment commanders to appropriately fulfill their role as commanders. This was primarily demonstrated by the majority of plans that failed to fully accomplish the given mission, the lack of understanding of commander’s critical information requirements, and the reluctance to define decision points.

While 14 detachments participated in the event, the consistency of these issues may serve as evidence of a potential deficiency among junior officers within Special Forces or perhaps even the Army at large.

For this event, the battalion developed a 48-hour unconventional warfare planning exercise based on a peer threat, issuing each Special Forces A-Team a higher mission with commander’s intent and Road to War Brief. In the given scenario, enemy forces established a complex and dynamic operating environment with permissive, semipermissive and denied security zones. The battalion tasked Special Forces A-Teams to disrupt enemy stability operations in the denied area and enable a follow-on offensive of conventional forces to destroy the enemy occupying forces.

Following this, the battalion tasked each detachment with providing a mission analysis brief after 24 hours and a detailed course of action brief-back after 48 hours. In addition to providing supporting intelligence products, the battalion also provided analyst support to answer requests for information throughout the event.

The first consistent issue in the detachment commanders’ performance was failure to ensure the developed plan accomplished higher headquarters’ mission and intent. The detachments planned to accomplish the first part of the mission: disrupt enemy stability operations. Each detachment demonstrated a basic understanding of unconventional warfare, including linking up, assessing, training and advising partner forces to disrupt. Disruption varied from direct-action missions to information operations.

When pressed for more details, most commanders responded with a reliance on situational awareness, demonstrating an unwillingness to make assumptions or commit to a plan. Ultimately, this consistent issue highlighted the detachment commanders’ poor guidance to ensure the selected course of action was appropriate to accomplish the mission. Further, it highlighted a general lack of understanding and consideration for Special Forces support to conventional forces.

The second consistent issue was the clear lack of understanding of a commander’s critical information requirements. The March 2006 Special Forces Detachment Mission Planning Guide highlights that:

• Someone must be specifically responsible for answering it.

• It must be collectible.

• It must be tied to a friendly action or decision.

However, the commander’s critical information requirements that the detachment commanders proposed rarely met these criteria. Most of the priority intelligence requirements were too general for any element to specifically collect.

When asked to connect information requirements to decisions, most detachment commanders could not answer, often giving decision authority back to higher headquarters.

When asked how they would gather critical information, the detachment commanders defaulted to relying on the indigenous partner forces without specifying the needed composition or capabilities of these forces. 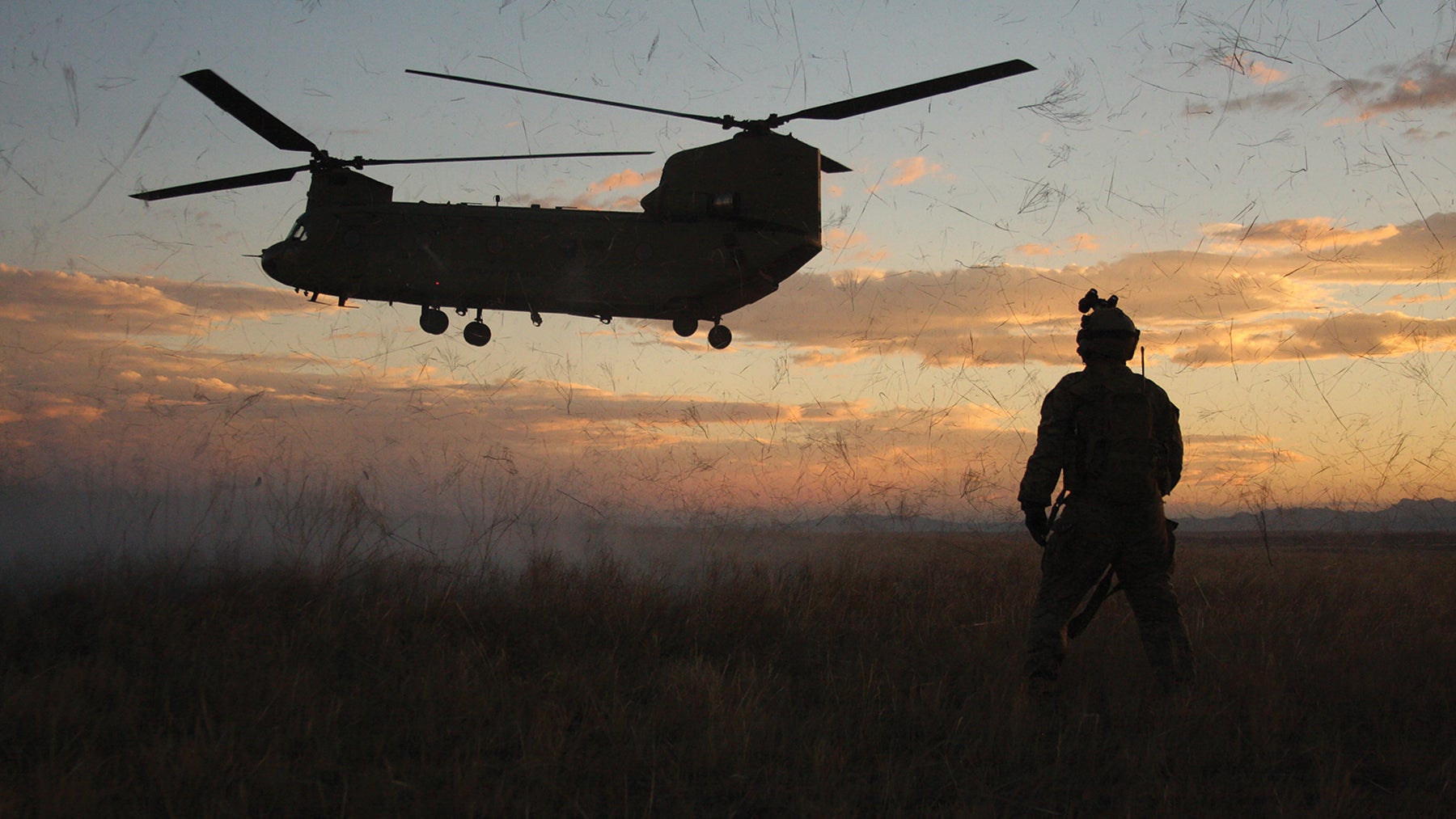 Further, they rarely stated where or with what means they would want these partner forces to focus. Overall, three detachment commanders demonstrated understanding of commander’s critical information requirements. The remainder seemed to lack an understanding that information requirements are a commander’s tool in planning and mission execution, not a function of the intelligence sergeant or list of intelligence requests from higher headquarters.

The last consistent issue was the reluctance to specify decision points in the mission. The first example of this involved the assumptions the detachments made during mission analysis. When asked to validate assumptions, few detachments had a response. It was clear that some understood the need to make assumptions to continue planning. However, some detachments only made assumptions as one of the steps within the planning process.

By not planning a way to validate assumptions, detachment commanders lost the ability to reduce uncertainty and drive decision-making.

The last example comes from detachment commanders often defining mission-abort criteria as “an order from higher.” Each detachment commander seemed reluctant to define criteria that would lead to the decision to abort the mission, preferring the safe answer to delegate risk and decision authority.

Gap in the Pipeline

The causes of these trends remain uncertain and open to speculation. It seems likely the best case for the consistency in these trends may be a gap in training. However, the worst case may be a potential cultural problem stemming from experiences that have discouraged detachment commanders from fulfilling their role properly. While senior leaders and trainers can address a gap in education and training, they may find it harder to address a cultural problem.

The other commonality among these captains is their currently assigned unit. However, since this is their first assignment in Special Forces with time varying in the unit from five months to two years, it seems implausible to hold the unit solely accountable, particularly for the newly arrived detachment commanders.

Another potential cause, which would be harder to prove, is a culture arising within Special Forces and the Army that does not empower junior officers to command. A cultural issue could stem from several areas that would quickly exceed the scope of this article, but this exercise did highlight some commonalities that may serve as potential indicators.

One commonality among these captains was a limited amount of combat and operational experience. For those with experience in recent conflicts, all the experiences occurred during the drawdowns, when higher headquarters increased oversight and restrictions on freedom of maneuver for lower-level units. As witnessed in this planning exercise, most detachment commanders seemed to believe they would have consistent communications with higher headquarters, giving them the convenience to contact higher headquarters for guidance or decisions.

Even more, that the officers come to Special Forces from different branches within the Army lends to the potential outlook that the issue is not branch specific. With this, it may highlight an issue in how the larger Army trains junior officers. Within the exercise, most detachment commanders demonstrated a clear indecisiveness when questioned on many of the above issues. To us, it seemed this indecisiveness stemmed more from a fear of giving a wrong answer than anything else. This could be an indicator of a “no-fail culture,” promoting indecisiveness and “command reluctance” by not tolerating mistakes.

Ultimately, the cause could be a result of either training or culture, or a combination of both. For example, the need to complete the plan could be a gap in education or training, while a reluctance to define or make decisions could stem from cultural issues. At this point, the causes are speculative at best, but that does not alleviate concern associated with these trends.

These trends would pose severe challenges and consequences for Special Forces detachments on the battlefield. Few can refute or question the real risks in war associated with indecisiveness, incomplete plans or vague guidance.

If anything, it seems worth further examination to ensure Special Forces is properly training and empowering detachment commanders. This exercise undoubtedly provided some interesting insight and trends, but as only one exercise in one battalion, one may argue that this is a unit problem that battalion leadership can address. However, this argument should not deter further inquiry.

If these trends in fact do transcend the unit to all of Special Forces, or even the Army as a whole, then our forces may have critical weaknesses that could prove catastrophic in a conflict.