Honor is the foundation of the profession of arms. It is the unbreakable thread that holds the fabric of our Army together, tightly interlacing duty and country. This core value remains at the heart of our shared professional identity as servants to the nation. Honor is the link between leadership and any organization that desires to sustain success. In the Army, no amount of ability matters without honor. Honor must come first and is the ultimate competitive advantage.

The highest military honor a nation can bestow is the 21-gun salute. The custom originates with the earliest warriors—it represented disarmament—and became the highest military honor reserved for a president. The firing of 21 cannons at one-minute intervals, each individual blast ringing out in a moment of precision and perfection, was rendered recently on U.S. Army installations around the world and at the U.S. Capitol to honor the memory of the nation’s 41st president, George H.W. Bush.

Honor in the profession of arms is displayed daily through the sacred duty of the sentinels at the Tomb of the Unknown Soldier at Arlington National Cemetery. The duty of these soldiers is to honor those who made the ultimate sacrifice in defense of our nation. Have you watched the steadfastness, dedication and attention to detail with which they perform their duty? The guards walk 21 steps down the black mat, pause for 21 seconds after each turn, and walk 21 steps back down the mat, no more and no less. This meticulous routine is repeated until the changing of the guard.

The 21 steps correspond with the 21-gun salute and represent the highest military honor a nation can render. Honor not only encompasses high respect, but integrity in the details and a dedication to excellence in one’s duty. Honor stems from a shared purpose far greater than self. Honor is what our incredible mission to the nation and the lives of soldiers demand.

Honor is being worthy of respect, or regarding someone with high respect for what they have done. To be a person of honor is to have a keen sense of ethical conduct; to be full of integrity; to adhere to a standard of conduct or fulfill an obligation.

Honor can be looked at vertically and horizontally. Vertical honor is by nature hierarchical or competitive. It is giving respect to someone superior in ability or rank or through action. It goes to one who not only lives the honor code, but also excels. The Medal of Honor is an example of vertical honor, given as the highest distinction for valor and received by common individuals who responded to adversity in combat with uncommon courage and sacrifice beyond the call of duty. The medal represents the spirit and strength of America and all that is honorable, brave and good.

Horizontal honor is the right to respect among a group premised on a code of honor, which is the minimum standard that must be reached to achieve respect within a group. In an honor group, such as a military unit or football team, you must be full of integrity, committed to excellence, and understand and uphold the code. Otherwise, dishonor will weaken the group, threaten mission success and slowly unravel the organization. In the Army, the stakes are high, and we expect soldiers to be honorable for themselves, their comrades, the team, the mission and our country.

Every leader in the Army must embody the Army Ethic, which is our ultimate ethics and honor code. It defines the moral principles that guide soldiers in their duty and all aspects of life. The Army Ethic encompasses the values, creeds, ethos, beliefs and oaths we have sworn to serve, live by and sacrifice for as defenders of freedom. The Army Ethic inspires soldiers to make the right decisions and do the right thing. The mission and lives of soldiers depend on leaders at every level who embody the Army Ethic and lead with honor at every moment.

For soldiers, honor is a matter of carrying out the Army Values and developing the habit of being honorable with every decision, small and large. In the Army, we defend our nation with the highest degree of honor and excellence in all we do and set the example by doing what is right regardless of circumstances. Perhaps the honor code embedded into the culture at the U.S. Military Academy teaches honor in the simplest manner: “Do not lie, cheat, steal, or tolerate those who do.” Honor is simply about always doing what is right, and holding others accountable.

Honor cannot exist without personal courage. Every aspect of serving in the Army, stewarding the profession, and maintaining a values- and standards-based culture poses personal and relational challenges.

Leading with honor is tough. If every individual and organization led with honor, then it would not be a competitive advantage. Honorable leaders face obstacles through moments and decision points every step of the way, and every small win strengthens the honor backbone while every loss becomes part of the slide down the slippery slope. 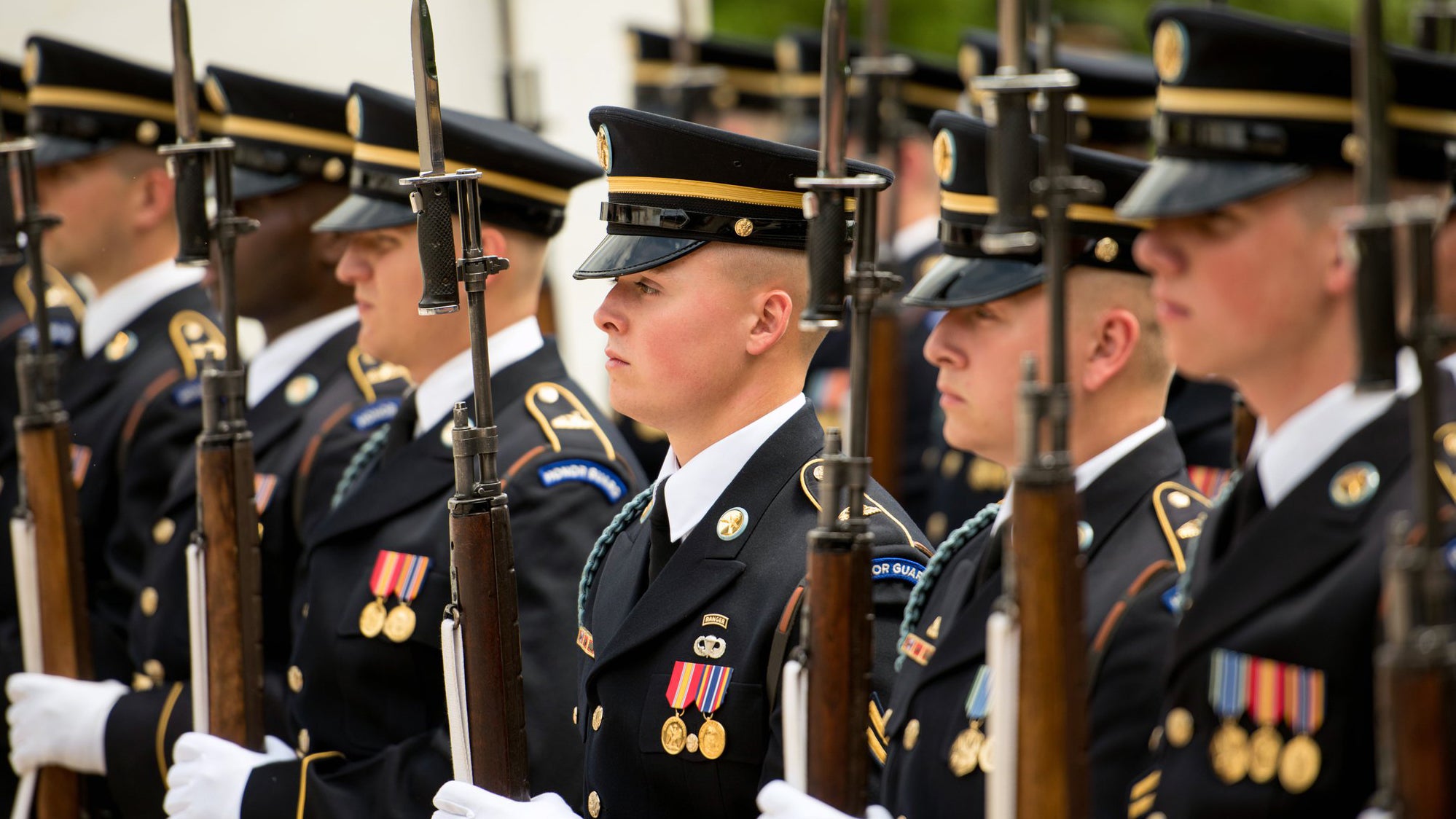 Human nature, fatigue, peer pressure, complacency, carelessness, rationalization and the will of the enemy all work against a leader who is trying to ensure that the values of the organization do not erode from an accumulation of small mishaps. Leaders at all levels will have their honor tested, and they must know rationalization is the enemy of honor. Honor-driven leaders must stay alert, have courage to be big about small things, remain attached to purpose above self and be prepared to sacrifice, as the high ground must always be fought for and secured to win.

Honor-driven leadership is linked to a mindset focused on excellence in the fundamentals.

In sports, we can learn from two Hall of Fame coaches who built honor-driven, winning organizations on the idea that little things make big things happen in terms of success.

When Bill Walsh arrived in San Francisco, the 49ers were at the bottom of the NFL, and he singularly focused on instilling performance standards. Players were not allowed to sit on the practice field. Coaches had to wear ties and tuck in their shirts. Every person had to give maximum effort and commitment. Character and sportsmanship were essential. The locker room had to be neat. There was no smoking, no fighting, no profanity or foul language. Passing routes were graded to the inch. Practices were scheduled to the minute. Every bit of Walsh’s philosophy revolved around performance standards, and he believed that if players took care of details, the score would take care of itself.

By Walsh’s second season, the 49ers were Super Bowl champions. The team won four Super Bowls and nine division championships under his leadership. If you had asked Walsh how he achieved repeated victories, he would have credited performance standards, excellence and integrity in the deceptively small details.

John Wooden also attributed his team’s winning record to being big about little things. Under Wooden’s leadership, he turned a small basketball program at UCLA into a national powerhouse and left behind a legacy that extends beyond the game of basketball. He led his team to repeated wins, perfect seasons and 10 NCAA titles, including seven national championships in a row. He taught that an individual grounded in the fundamentals physically, mentally and morally has a higher chance of success when adversity strikes. He focused on discipline, character-building, maximum effort and excellence in fundamentals.

Wooden’s philosophy was that big success only comes from an accumulation of hundreds of small things done right at a high standard of performance. Doing things all the way right, not almost right, became a habit at UCLA. Wooden was so keen on fundamentals that on the first day of practice, players learned the right way to wear their socks, tie their shoelaces and tuck in their shirts. A casual approach to details was not tolerated in anything and is not a characteristic seen in successful organizations. He led teams to have the courage to be big about little things, which bred a winning consistency and competitive advantage.

In the complex profession of medicine, where the stakes are always high, success for a patient requires hundreds of small steps going right. Everyone works together, diligently doing their part. Success in medicine is less about a doctor making a difficult diagnosis and more dependent on making sure everyone washes their hands.

When it comes to understanding how small problems left ignored can accumulate into much larger consequences, no organization has shared this lesson more powerfully than NASA. In 1986, the space shuttle Challenger exploded 73 seconds after liftoff, killing the seven astronauts aboard. Two rubber O-rings failed due to cold temperatures on the morning of the launch. Expert engineers had briefed their superiors that these parts were vulnerable to failure at low temperatures and recommended delaying the launch, but the warnings went ignored.

Investigators found that NASA’s organizational culture was a contributing factor to the accident, and that the agency violated its own safety rules and protocols. It takes 2.5 million parts working properly for a shuttle to launch, and even one small part not working can negatively affect the whole and lead to disaster.

Whether it’s hand-washing or O-rings, every piece, every part and every person’s duty matters when it comes to success. Honor-driven leaders must have the awareness and courage to be big about little things when the mission and people’s lives are at stake.

Defending America’s freedom is an infinite task, a just cause and an endurance race that must be run and won. The Army was established before the country it serves, and is a values- and standards-based organization focused on excellence at every level to surmount the greater strategic goals being achieved. Freedom is preserved because of the honor-driven commitment to excellence, courage and sacrifice of ordinary Americans. Service is the essence of humanity, and to serve others and give oneself to a greater purpose is to fully live.

There is no greater honor than to give our best in service to our country. Defending America is an incredible mission without a finish line, a mission that we can never afford to lose. We must ensure our soldiers always win, and always, honor must come first.