Baseball great Yogi Berra supposedly once said, “It’s tough to make predictions, especially about the future.” For a long time, I agreed with Berra, but I have come to realize that the exact opposite is true. Making predictions is absurdly simple. In fact, I am bombarded by dozens of them each day. The real problem comes in two parts: Most predictions are wrong, and it is fiendishly difficult to separate good predictions from bad until they manifest themselves.

As commanding general of the U.S. Army Training and Doctrine Command (TRADOC), I am asked not only to predict the future, but also to get it right. When Robert Gates was secretary of defense, he once testified as to the difficulty of this task, stating that the military has a perfect record of getting future predictions wrong.

It would take an unusually high degree of hubris for me to declare that I have seen the future and it is so. For example, who at the end of the Cold War could have foreseen our current operating environment? In fact, who at any period of modern history accurately predicted the world even a decade ahead?

By accepting that making predictions about today’s rapidly changing and complex world is, if not exactly a fool’s errand, at least fraught with difficulties, we at TRADOC hope to, as a minimum, avoid getting it too wrong. With apologies to British historian Michael Howard, we sincerely hope to get it far less wrong than our foes.

Still, designing and preparing the future force does require some aim points, so making predictions remains an unavoidable part of my job. With the full knowledge that the future is unknowable, TRADOC is approaching the task in a disciplined and broad manner, designed to hedge against unrecoverable errors. 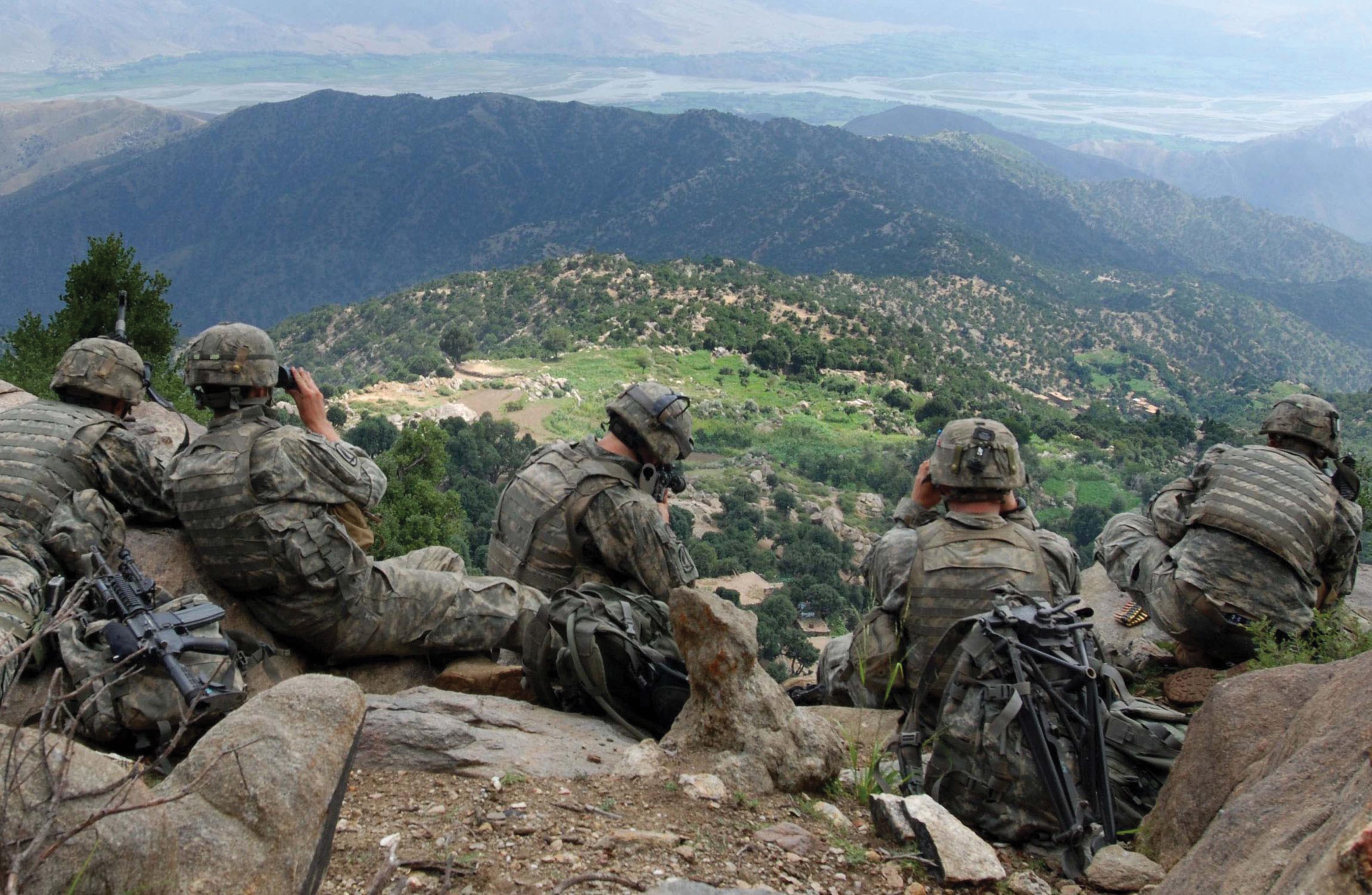 But even as TRADOC peers into the deep future, we cannot ignore the demands of today’s crises. Immediate events, which are taking place at an accelerating tempo of human interaction and in an information environment more demanding than any in history, will always consume most of our Army leadership’s time and effort. Still, this daily barrage of challenges and crises does not lessen TRADOC’s responsibility to prepare our Army for a future that will undoubtedly be radically different from our current environment.

Thinking in Two Parts
As we go forward, TRADOC is thinking about the future in two parts: Describe in broad outlines a likely future and, given these outlines, consider which capabilities are necessary to ensure our Army can overmatch any potential foe. By limiting ourselves to broad outlines, we can be reasonably certain that we get the big picture right even if details remain blurry.

For example, today’s demographic breakdowns remain an excellent basis for predicting the future population 25 years hence. Moreover, we can be reasonably certain that digital technology will continue to advance, and probably at an accelerating rate. By applying these broad strokes, we at TRADOC can “describe a future” without predicting it.

Broad strokes rarely give much clarity about the future, however. Knowing there will be digital technology advances tells us nothing about the direction or outcomes of those advances. Despite our best efforts, then, we must accept that we are building an Army to deal with a largely unknown future environment.

This, of course, is the great difference between preparing the Army during the Cold War and doing so today. Before the fall of the Berlin Wall, we lived in a “complicated” world, but one with a single defining enemy for which we could plan against. In today’s “complex” world, there is no single defined future foe with relatively known capabilities, doctrines and intent. This is not a minor point, as designing and building the future Army rests upon what kind of world we expect to see.

But in a complex world that is unknown, unpredictable and constantly changing, our view of the future is unreliable. In fact, even when we get it right, our preparations will, in and of themselves, hugely alter the final outcome. Think how preparing for a “computer apocalypse” as the clock ticked toward the year 2000 assured such a global disaster was averted.

During the Cold War, we optimized the Army to confront the Soviets on the plains of Central Europe. Similarly, by 2005 we confronted a well-understood problem in Afghanistan and Iraq, and began optimizing much of the Army to meet that current threat. The problem, however, is that by definition, optimizing for one threat suboptimizes the force for every other threat and challenge.

To meet the challenges of a “complex” world, we must build capabilities that enable the joint force to rapidly adapt and win when faced with unforeseen challenges. TRADOC has made a start at this by implementing the 2015 Army Operating Concept, which describes the end state in which the Army can execute joint combined arms operations to win in a complex world. As such, it describes the capabilities the Army needs to fulfill its strategic role in the joint force.

These, in turn, will guide future force development, which aims at building an Army capable of compelling enemy behavior at the tactical, operational and strategic levels. A welcome byproduct of such a force will be its ability to deter enemies and assure friends.

From Concepts to Capabilities
Stating an end state is the easy part; it is getting there that has always been difficult. How does one convert concepts into capabilities? Historically, we have left it to the Army’s branch proponents to develop new capabilities centered upon warfighting functions. This stovepipe approach has often led to the acquisition of specific capabilities that were not integrated with other Army systems, making it near-impossible to build synergies across the entire force. 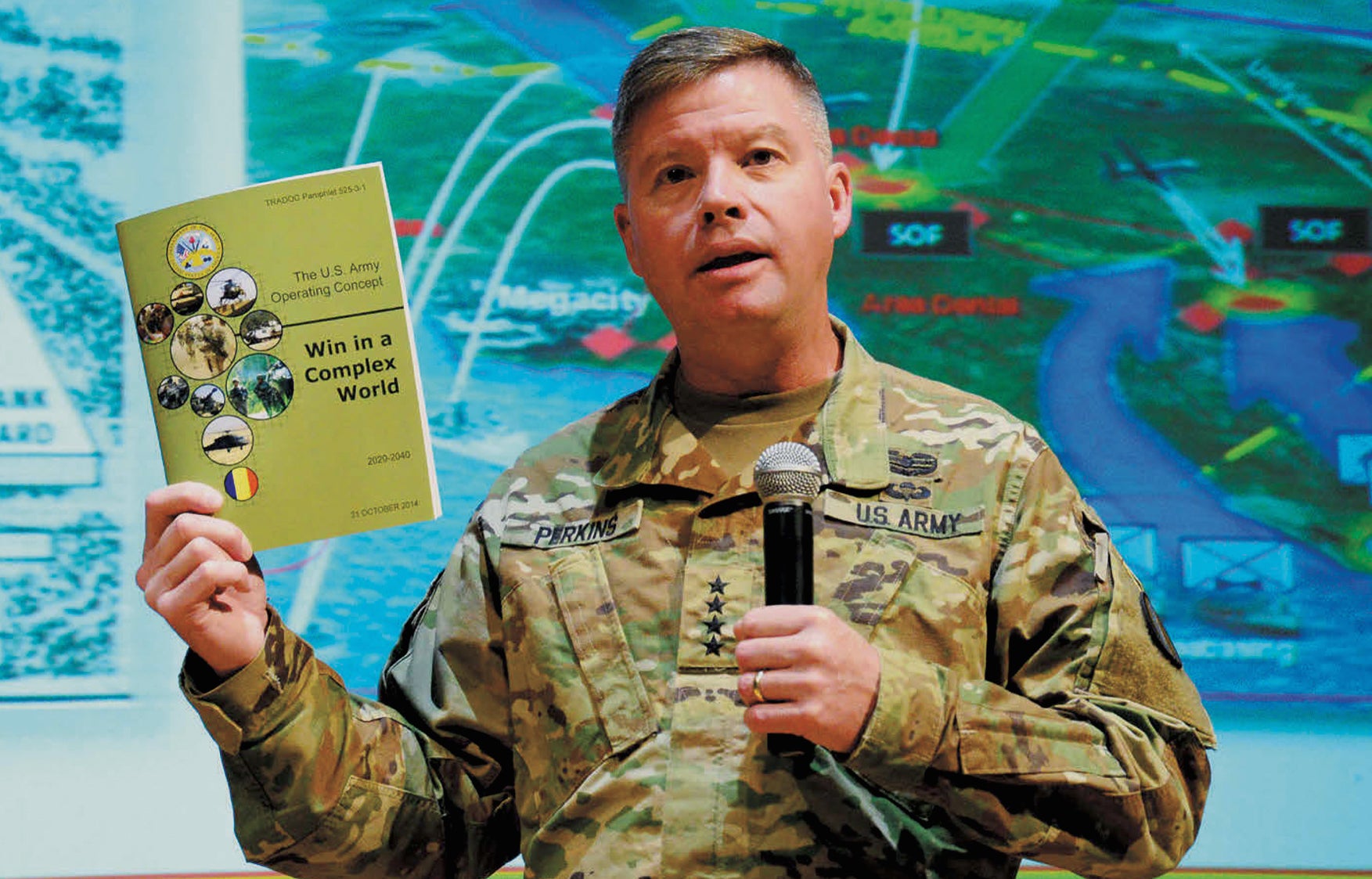 As a result of these initiatives, Army leaders will possess the knowledge necessary to make informed decisions about resources, priorities and the specific weapons, programs and doctrine that provide the capabilities needed to win in a complex world.

We have also learned from our recent conflicts that wars are not won solely by winning tactical and operational victories on the ground. Winning requires the synchronization and delivery of all aspects of national power. If the Army wants to achieve established national objectives in the future, we must accept that battlefield success is only one part of winning the larger contest of wills.

Shift Strategy Focus
The U.S. Army will remain second to none on the battlefield. But our strategic focus must shift to encompass more than delivering decisive battlefield firepower. Building an Army capable of synchronizing the delivery of all elements of power is markedly different than building a force solely focused on the tactical and operational levels of war. Although this new emphasis represents a different approach from what we have done in the past, it is one we must not shy away from if we are to win the conflicts of tomorrow.

Checkers and chess are played on the same style board, but the games are far from similar. For a long time, the Army has designed forces based on a “checkers-based” world outlook. Today, we’re switching to a “chess-based” appreciation of the world.

In this world, there are many paths to victory; few events allow for linear extrapolation. Victory no longer comes from wiping out an opponent’s pieces, but by removing all his options. By employing pieces with varying capabilities in a concerted manner, one creates multiple dilemmas that over time, erode a challenger’s will to continue.

So now that we know what game we are playing and assumedly what is required to win it, we can employ these insights to lay out a path toward building the Army our country will need in 2025 and beyond. It is our duty, and our country depends on us to get it right.