Whether they are traditional “Army brats”—growing up on Army bases—or children of veterans, the sons and daughters of U.S. Army soldiers contribute in all walks of life. Many fill the celebrity ranks.

In sports, the stars include Tiger Woods, Robert Griffin III and Shaquille O’Neal. All make a point of talking about their Army upbringing.

Woods’ father, Earl D. Woods, spent a career as an Infantry and Special Forces officer, retiring as a lieutenant colonel in 1974. He served two tours of duty in Vietnam. Although born as Eldrick Woods, his son is known by the nickname “Tiger” and owes that to a Republic of Vietnam army pilot, Col. Vuong Dang “Tiger” Phong, alongside whom his father fought.

A collegiate basketball and baseball player, the senior Woods took up golf just before retirement while stationed at Fort Hamilton, N.Y. He embraced the game with a passion and got good at it. That passion was transferred to Tiger Woods through his dad’s coaching when the family moved to California, and Tiger Woods became a golf prodigy, making a heralded vault into the professional ranks when the time was right. The retired colonel continued to mentor his son until his death in 2006. 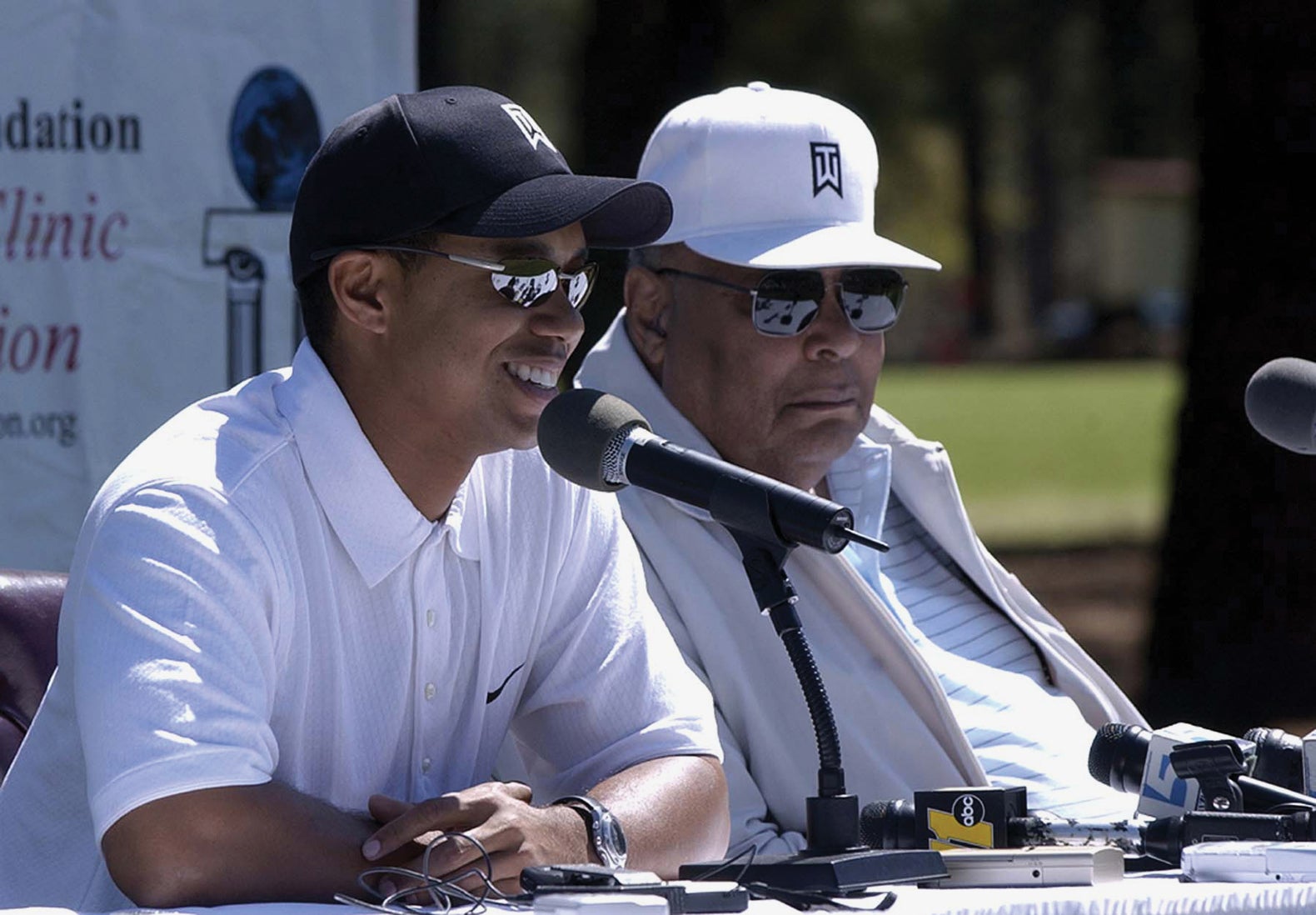 O’Neal was and remains estranged from his biological father; his last name comes from his mother. His stepfather, Phillip Harrison, married his mom when “Shaq” was an infant, and he eventually became an Army brat. In his autobiography, O’Neal wrote, ‘’My father joined the Army when I was 2 so he could make a better living and also so he could get us out of the ‘hood.” Shaq considers his NCO stepfather his dad in all respects.

O’Neal grew up on Army bases in New Jersey, Georgia, Germany and, lastly, Fort Sam Houston, Texas. While attending high school in San Antonio, Texas, he became a basketball sensation as his team went 68-1 during his two seasons there and won a state championship in his senior year. While the family previously was assigned to Wildflecken in then-West Germany, O’Neal came to the notice of visiting Louisiana State University basketball coach Dale Brown, who later recruited him for the LSU team from high school. O’Neal was an instant collegiate basketball success and left to be the National Basketball Association’s top draft pick in 1992. He achieved a storied professional career over 19 years while having sidelines as a movie star, rap music singer and law enforcement officer. He remains a popular television celebrity and Army supporter. 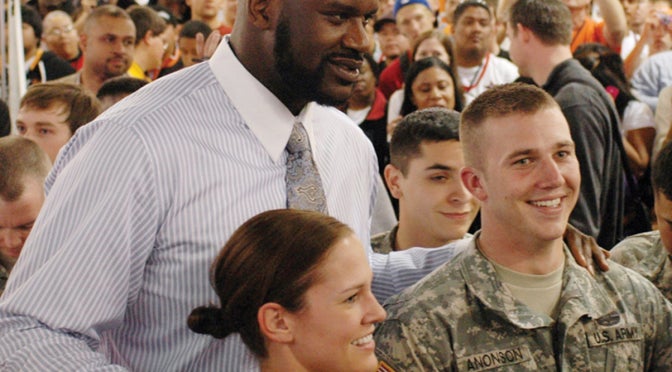 Griffin is known by the professional football moniker “RG3” and currently is the star quarterback for the National Football League’s Washington Redskins. He, too, is an Army brat. Both of Griffin’s parents—Robert Jr. and Jacqueline—were NCOs. They met and married while stationed at Fort Carson, Colo., and RG3 was born in 1990 while they were stationed on Okinawa, Japan. His father is a veteran of the Gulf War, and his Army family was assigned to various duty stations as he grew up. His mother served for about 12 years in an administrative role. His father—a petroleum specialist who said he joined the Army because college “was not an option”—earned bachelor’s and master’s degrees while in service, retiring as a sergeant first class. His education achievements landed him a civilian job at Fort Hood, Texas, after retirement, and the family settled in nearby Copperas Cove. RG3 was a three-sport standout—football, track and basketball—at Copperas Cove High School and credits his parents for their training regimens and coaching for his success.

He graduated from high school a year early and entered Baylor University at age 17, showing himself to be both a sports and academic standout. He earned an undergraduate degree in political science with a 3.67 grade point average and went on to pursue a master’s degree in communication while he still had college football eligibility. He won the 2011 Heisman Trophy, jumped to the National Football League and became an instant star while continuing to credit his Army background—instilling values and personal drive—as springboards for his achievements. His parents moved to the Washington, D.C., area and still mentor him in his professional career. 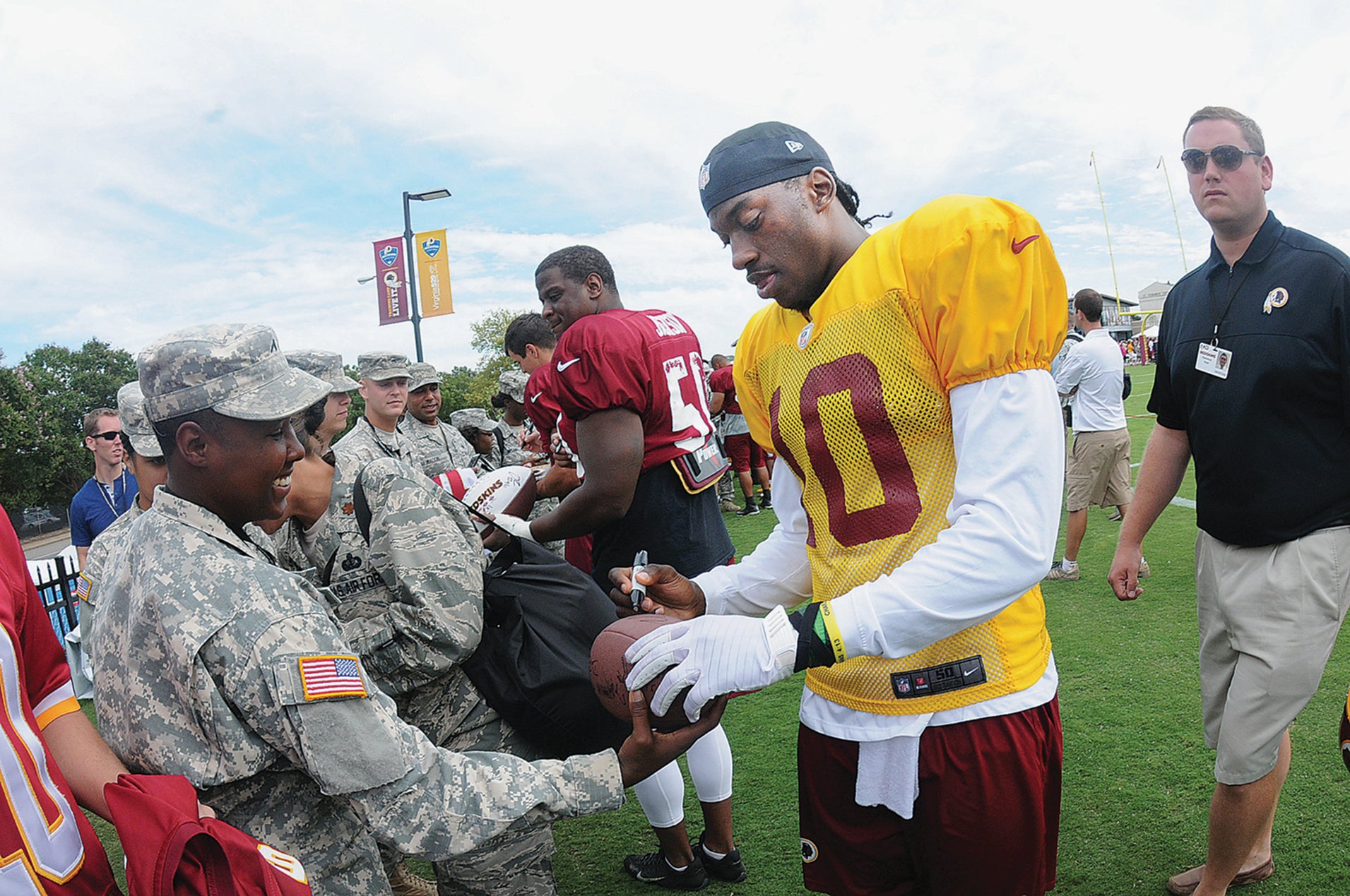 Professional sports, however, is not the only area of achievement for those with an Army heritage. The roster is wide and deep.

Martin Lawrence does a single stand-up among comedians.

And there is even a former Archbishop of Boston: Cardinal Bernard Law.