Cyborgs at Little Stalingrad: A Brief History of the Battles of the Donetsk Airport, 26 May 2014 to 21 January 2015

Cyborgs at Little Stalingrad: A Brief History of the Battles of the Donetsk Airport, 26 May 2014 to 21 January 2015 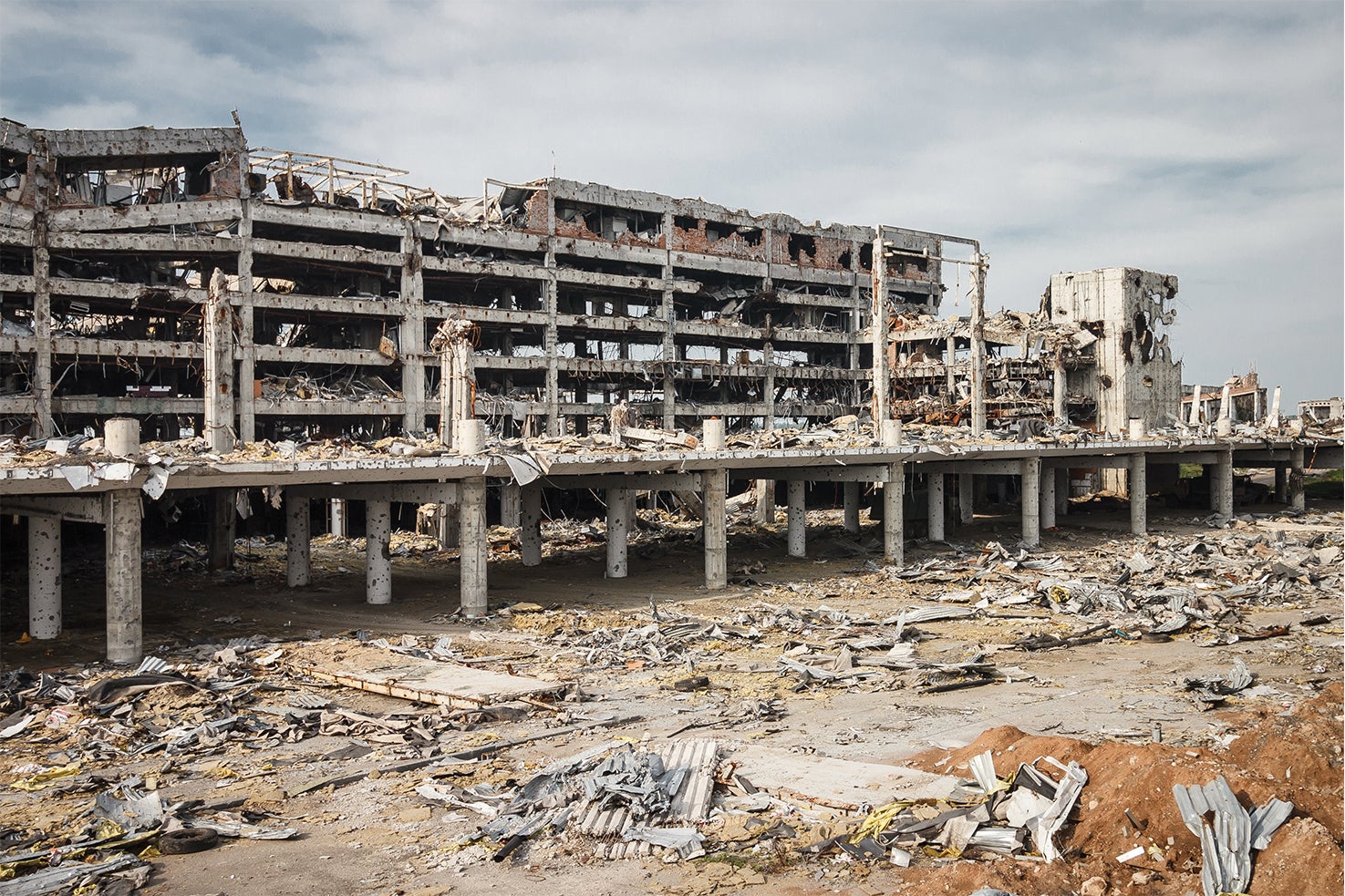 The ongoing Russo-Ukrainian War offers a glimpse into Russia’s effort to re-exert itself as a great power on the world stage. Historian Orlando Figes provides an excellent explanation of Russian political ambition under President Vladimir Putin. Figes posits that “from the start of his regime, Putin aimed to restore pride in Soviet history. It was an important part of his agenda to rebuild Russia as a great power.”

While the exact extent to which Russia seeks to pursue its status as a great power is unknown, what is known is that Russian policy is oriented on rebuffing further NATO advances in its historical sphere of influence and on gaining (and maintaining) influence across Europe and the Caucasus region. The Russo-Ukrainian War, which began in the spring of 2014, is but one illustration of this point. The war is Putin’s crack to re-exert control and influence over Ukraine, which had been distancing itself from Russia and growing closer to the West during the post-Soviet period.

The fight for the Donetsk airport was pivotal to this Russian strategy. It changed the operational and tactical battlefield calculus, helping shift the strategic momentum to that of the Russians and their proxy agents in the Donets River basin, or the Donbas. It effected more than the destruction of the airport; it served a much larger role in the conflict. First, it was the pivot point between the Russian summer and winter offensives, the countermeasures that Russia took when it appeared that its proxy client in the Donbas was about to be defeated. Second, when coupled with the Battle of Debal’tseve, the battle at the airport drove the Minsk II agreement, illustrating that effective traditional campaigns can still result in true decisiveness in war. Similarly, the battle demonstrated that, for all the talk of hybrid maneuvers in contemporary warfare, Russian land forces and their intermediaries possess the acumen, strength and sustainment infrastructure to fight hard, rigorous land combat.

Ukraine and Proxy War: Improving Ontological Shortcomings in Military Thinking
The Army On Point: A Detailed Summary of Current Operations and Responsibilities (2022)
Tanks in the Surf: Maintaining the Joint Combined Arms Landing Team
Army Readiness and Modernization in 2022
National Commission on the Future of the Army after Six Years