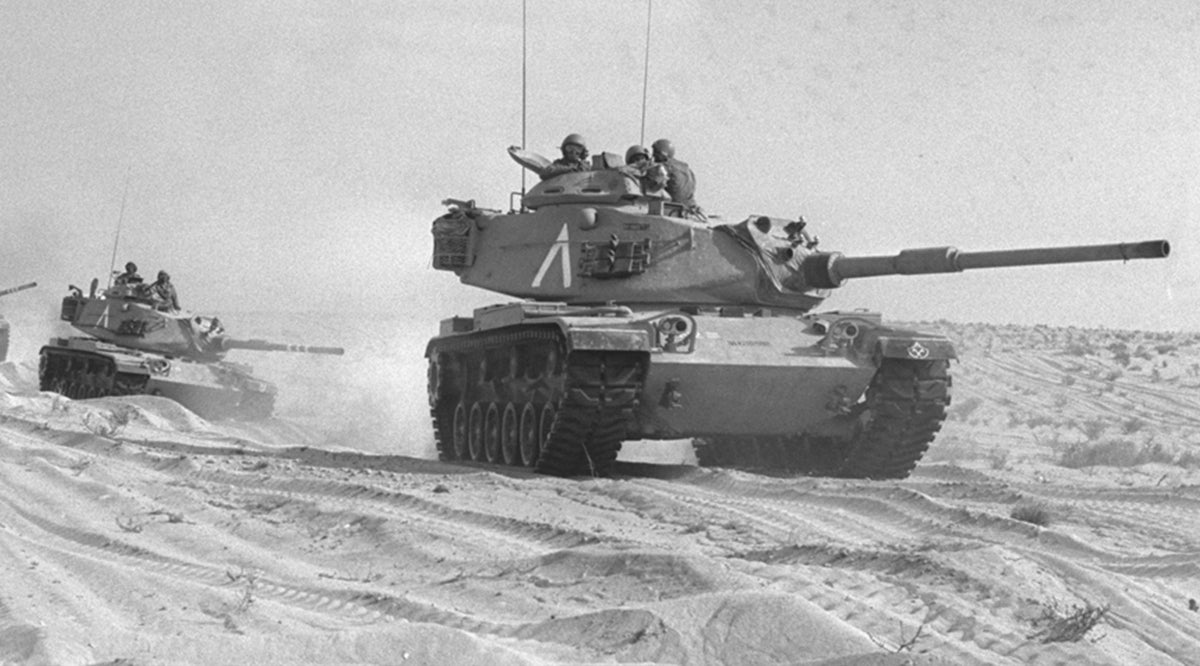 The United States Army is embarking on a new era as it adopts Multi-Domain Operations (MDO) as its central warfighting concept. As articulated by Chief of Staff of the Army General James McConville in the 2022 revision of Field Manual 3-0, Operations, the new doctrine is designed to allow the landpower institution to use advanced tactics and technologies to “hold critical terrain, assure allies and partners, defeat the most dangerous enemies in close combat anywhere in the world, and consolidate gains to achieve enduring strategic outcomes.”1 While MDO is intended to provide the Army with a wide range of capabilities to combat diverse adversaries, the battle concept—which directs more rapid, novel and sometimes counter-intuitive synchronization of efforts from across land, maritime, air, cyber and space domains—directs particular focus on enabling the institution to win large conflicts of expanded scale and intensity.

With this prioritization, the 1973 Arab-Israeli War, which deeply informed the development of AirLand Battle doctrine in the 1980s, can offer new insights for the Army as it modernizes for future warfare. The seminal Middle East conflict, which saw the Israel Defense Forces (IDF) fight an existential war against Egyptian and Syrian adversaries who sought to regain lost territories, stunned the world due to the lethality and destruction of the modernizing battlefield. Featuring sudden reversals and massive attrition, the war saw the IDF lose more than 800 armored vehicles and 100 attack aircraft in just three weeks of intense combat as they grappled with a new array of anti-armor and anti-air defenses.2 For their part, both the Egyptian and Syrian militaries likewise suffered massive losses as they countered a succession of Israeli ground, air and naval counter-offensives that ended with a dramatic crossing of the Suez Canal.

Today, contemporary conflicts have revealed similar trends that seem to raise the cost of decisive maneuver. As recently seen in Northern Iraq, in the Nagorno-Karabakh region and in Ukraine, attacking forces are encountering an intensity and lethality that echo the 1973 Arab-Israeli conflict and requires adaptive solutions to intractable problems. These challenges, which have seen Iraqi, Armenian and Russian offensives fail dramatically in the face of stand-off fires and counterattacks, bring particular focus to the necessity of mastering combined arms tactics, joint convergence, contested river crossings and reconstitution of large formations.3 With a continuing mandate to maintain readiness to win in expeditionary campaigns, the U.S. Army should learn from these patterns to more effectively, as required by its capstone doctrine, “meet a diverse array of challenges and contribute to national objectives.”4 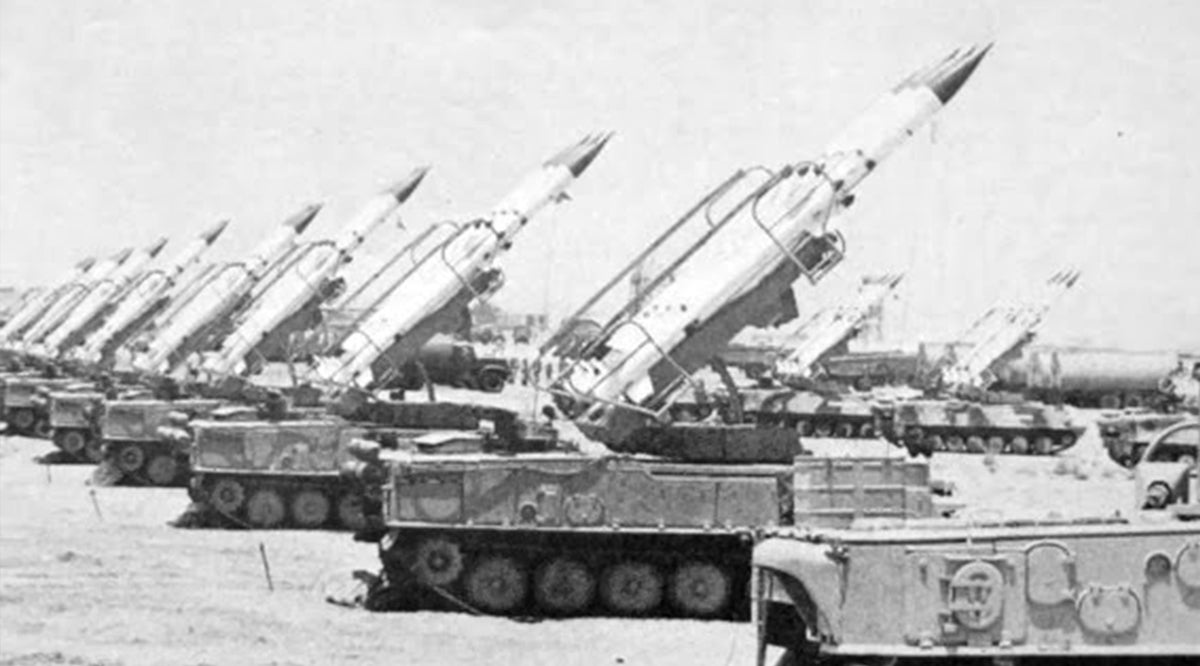 1973: Insights for MDO in Recent Parallels

The 1973 war, also called the Yom Kippur War, reflected remarkable tactical improvisation as both sides responded to unforeseen challenges. At the tactical level, the lethality of Egyptian and Syrian defenses—surface-to-air-missiles (SAMS), air defense artillery, Saggar anti-armor missiles and rocket-propelled grenades—inflicted incredible damage on the initial Israeli aerial and armored counterattacks that sought to repel the Arabs from their newly won positions across the Sinai Peninsula and Golan Heights. The IDF 162nd Armored Division alone lost 83 of 183 tanks on 8 October when it attempted to dislodge Egyptian forces with a headlong tank assault. However, despite the losses, the IDF gradually innovated combined arms tactics that included greater infantry and artillery participation to clear entrenched enemy positions. This adaptation allowed the IDF to push the Syrians out of the Golan and eventually invade Egypt via a penetration across the Suez Canal.5

Echoing the tragic events of 1973, a series of recent campaigns in the 21st century have featured similar losses as stand-off, positional defenses have inflicted severe damage on uncoordinated and poorly synchronized attacks: Despite superior equipment, the Iraqi Army initially failed to oust Islamic State fighters from Mosul with shock assault in 2017; Armenian forces suffered severe losses to Azerbaijani drone and indirect fires in 2020; and Russian forces similarly failed to execute effective combined arms tactics in their attempt to seize the Ukrainian capital of Kiev in 2022.6 Evolving across half a century of warfare, these outcomes suggest that tactical defense remains highly potent and that only advanced combined arms approaches will suffice to defeat it. This means that as the U.S. Army transitions MDO from concept to doctrine it should bear these events in mind to guide new thinking about accepted combined arms practices.

A second continuity between the 1973 war and recent conflicts is the imperative for joint forces to converge capabilities to dis-integrate and defeat sophisticated defenses. Relying on narrow cooperation between heavy tanks and attack aircraft that had enabled deep maneuver in previous wars, the IDF’s hasty counterattacks in the air and land domains in the Sinai and Golan Heights became disaggregated by the new-found lethality of the Arab missile shield. In particular, the Soviet-provided SAMS and the air defense artillery prevented the Israeli Air Force from providing critically needed support to attacking Israeli armor, resulting in a shocking loss of 44 aircraft and 40 percent of their tanks in the first week of fighting.7 However, even as the IDF reconstituted entire divisions, they simultaneously devised new methods of air-ground cooperation that eventually dis-integrated the Arab area denial networks and restored decisive maneuver.

This requirement to both enable joint convergence and prevent systemic dis-integration remains a clear imperative in the contemporary environment. Again, this resonates with events on recent battlefields: the Ukrainian Army, employing precision and stand-off weaponry, successfully countered air and land Russian attacks—to a lesser extent, in the Black Sea, they have prevented multi-domain concentration by their invader. Similar to how Egypt crippled the Israeli counter-offensives, at least for a time, the Ukrainian defense of Kiev has demonstrated how an effective joint scheme can make the difference for success or failure.8 For the U.S. Army, the cost paid by previous combatants suggests that we should avoid taking the U.S. military’s historical air and naval dominance for granted; instead, we should prepare to devise innovative, cross-domain solutions in the land domain to enable joint teams to negotiate unpredictable challenges.

A third area of concern both from 1973 and from recent decades is the timeless requirement to execute contested gap crossings in land campaigns. Defined by Army doctrine as “the projection of combat power across a linear obstacle” to overcome “significant challenge to movement and maneuver,” the IDF, in contrast with its earlier failures, crossed the Suez Canal in one of the most remarkable—and risky—operations in military history.9 This event, which followed a series of dramatic reversals in which Jewish and Arab forces each suffered severe losses in disastrous assaults, saw the IDF seize the crossing site with one armored division and then pass through two more to maneuver behind and isolate the Egyptian 3rd Army. While the Israelis endured major losses, their ability to fight to secure the bridgehead and sequence redundant bridging systems under enemy fire enabled a decisive breakout in Africa to end the war.10

This feat of combined arms sequencing provides a sharp contrast to the Russian Army’s uneven performance with gap crossing in Ukraine. When the 41st Combined Arms Army attempted to cross the Siverskyi Donets River in northeastern Ukraine on 5 May 2022, the defenders repelled the attempt using drones and long-range fires. When the Russians tried again several days later, the Ukrainians countered the maneuver with a similarly destructive effect—stalling the Russian offensive in that region.11 For the U.S. Army, this implies that increased battlefield transparency in an era of ubiquitous sensors and precision fires requires greater emphasis on deception, redundant bridging, shaping fires and maneuver sequencing to avoid a similar fate. Similar to the IDF at the Suez Canal, the militaries of today will have to master this task or be forced to accept limitations on operational reach and campaign tempo.

A final aspect of the Yom Kippur War worth considering is how attritional dynamics compelled the engaged armies to rapidly reconstitute large formations. For the IDF, in particular, the losses inflicted by Egyptian and Syrian firepower on its armored brigades and divisions in the first two days of fighting required the field repair and replacement of hundreds of tanks, even as the battered commands remained committed to an active front. When the Egyptians lost more than 250 tanks in their own ill-advised offensive deeper into the Sinai a week later, they also had to reconstitute major units.12 These kinds of events, in which battalions and brigades disintegrated in just hours, created an attritional environment where each side’s capacity to recreate combat readiness, including psychological recovery of traumatized soldiers, made the difference between victory and defeat as the combat stretched into three weeks of destructive fighting.

This theme of cyclic attrition and reconstitution for engaged military forces has proven salient in recent conflicts where positional and attritional factors have wreaked havoc on pre-war plans for decisive victories. While the Iraqi Army slowly recovered after severe losses to apply a fires-centric approach to taking Mosul in 2016, eventually regaining the city in 2017, the Armenian Army never rebounded after losing more than 700 armored vehicles to superior Azerbaijan sensor-fire systems in 2020.13 In Ukraine, where the Russian Army has suffered massive attrition to Ukrainian fires and local counterattacks, the setbacks have compelled a desultory evacuation of the Kiev front with major operational pauses to reconstitute debilitated formations.14 Collectively, these trends, which conspire to confound maneuver and to test soldiers’ will to fight, likewise offer insights to a U.S. Army that must be prepared to negotiate unexpectedly large losses and yet rapidly recover to prevent operational culmination. 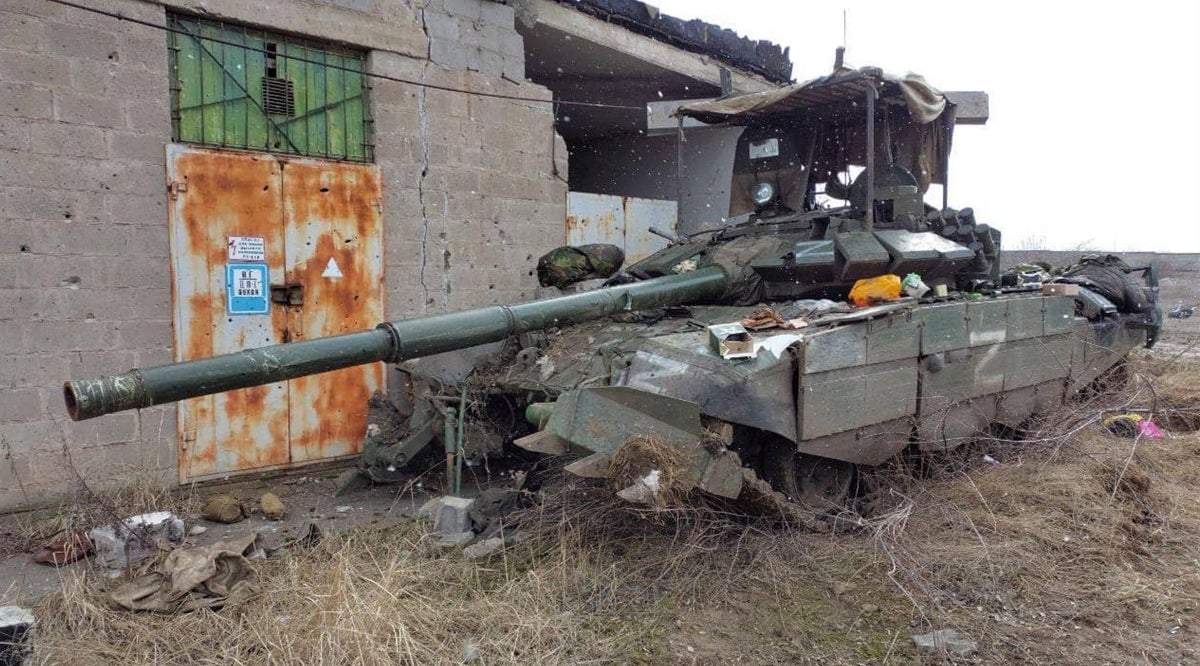 In October of 1973, as the world watched in disbelief, Israel and its Arab adversaries collided in one of the most proportionally destructive conflicts in history. For three long weeks, their militaries engaged in intensive ground, air and naval campaigns that featured offensives and counter-offensives, sudden reversals, stunning attrition, tactical adaptation and, when American and Soviet benefactors became involved, the specter of nuclear brinkmanship. Called a “real war” by Major General Ariel Sharon, who commanded the crossing of the Suez Canal, the Yom Kippur War cost the Jewish state more than 10,000 casualties; Egypt, Syria and Jordan cumulatively suffering three times that many.15 While the IDF eventually won a tactical victory through an audacious invasion of Africa, the Arab partners—Egypt in particular—claimed a measure of strategic success for having bloodied the vaunted Israeli war machine.

This conflict continues to hold value not only to military historians, but to contemporary practitioners of the art and science of warfare. As the U.S. Army embraces modernization and a new battle concept, in the words of Chairman of the Joint Chiefs of Staff General Mark Milley, to “engage in ground combat and be able to conduct sustained land campaigns,” it would do well to reexamine this seminal conflict from a multi-domain perspective.16 While no two wars are identical and the character of war is ever-changing, the Yom Kippur War offers insights concerning combined arms tactics, joint convergence, contested gap crossing and formation reconstitution; all of these insight can be operationalized for MDO. Confidence from past victories can be comforting, but, rather than resting on these laurels, America’s landpower institution would do better to prepare with humility—and with caution—for the inevitable test of its next combat ordeal.

Lieutenant Colonel Nathan Jennings, Ph.D., is an Army Strategist and Assistant Professor at the U.S. Army Command and General Staff College. Lieutenant Colonel Kyle Trottier is an Armor officer currently assigned to the U.S. Army Human Resources Command. Both authors are graduates of the School of Advanced Military Studies and served tours in Iraq and Afghanistan. This essay reflects their own views and not necessarily those of the U.S. Army, the Department of Defense or the U.S. Government.