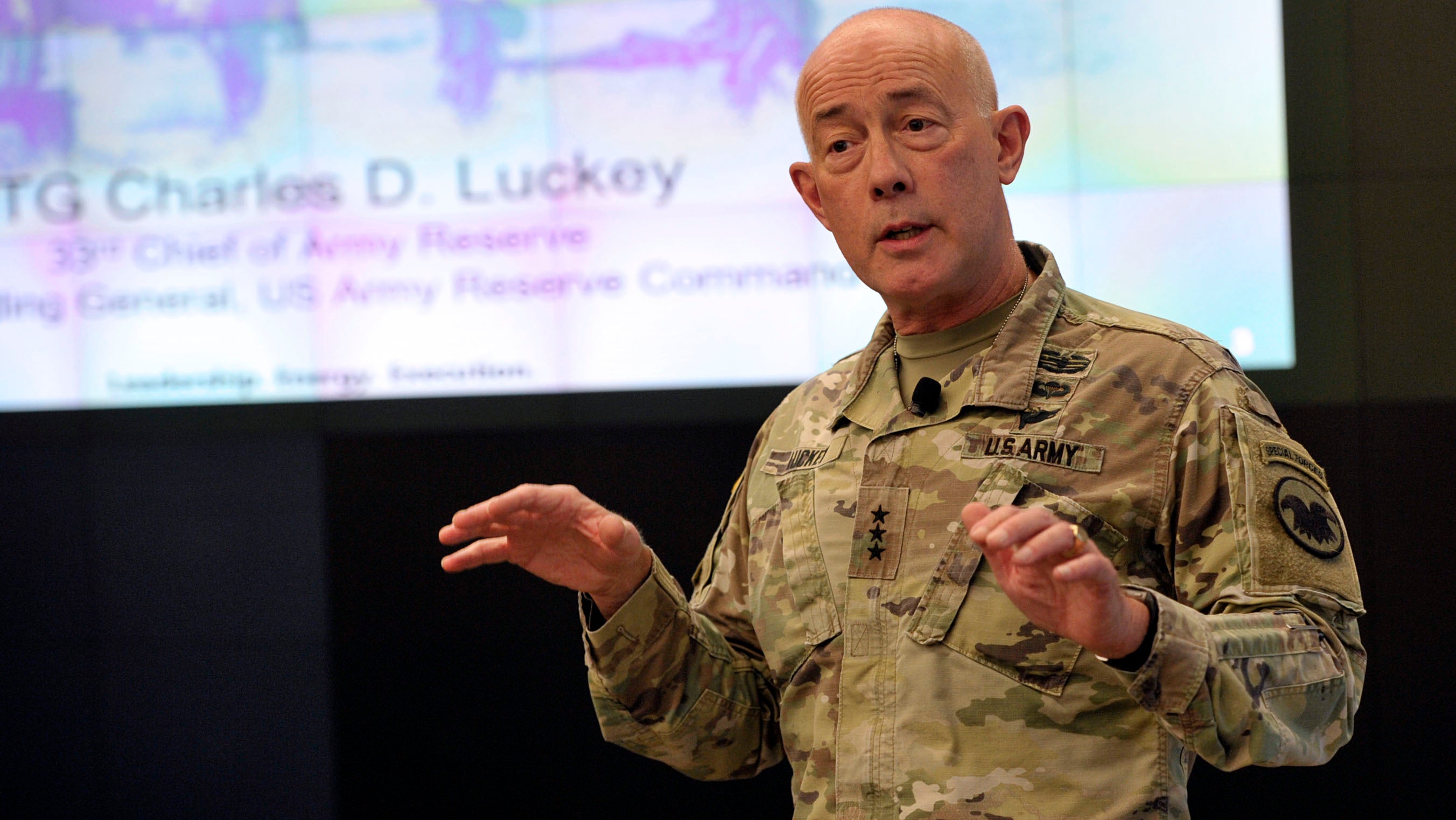 Being ready to fight is part of the Army Reserve’s mission but relying on civilian employers to share their workforce talent requires balance—and possibly fiscal incentives, the Reserve’s top commander said.

“There should be a conversation out there about whether or not there are ways we can think about it as a matter of tax policy,” Lt. Gen. Charles D. Luckey, chief of Army Reserve and commanding general of the U.S. Army Reserve Command, said in remarks at an April 23 breakfast hosted by the Association of the U.S. Army’s Institute of Land Warfare.

The Army Reserve faces the challenge of making sure it maintains readiness while allowing soldiers to balance family life and a full-time civilian job, Luckey said.

“I’m not a senator, I’m not a congressman, nor do I think I’m ever going to be one, but if I were, one of the things I’d think about [is] whether or not it’s a fact of national policy that we want to incentivize employers to share that talent,” Luckey said. “Not so much because it would be a huge game-changer for any particular business, but I think we send a strategic message to the nation how much we value this talent.”

Luckey said with soldiers working in companies such as Tesla, Google and SpaceX, the Reserve is relying on some of the best talent in America, making the partnership between the Army and its civilian counterparts a crucial one to maintain.