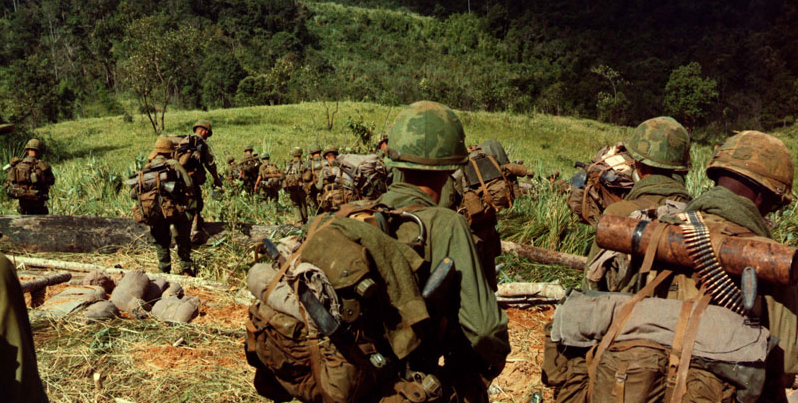 The paper, “Walks in the Midst of Trouble: Allied Patrols in War Zone C, October 1966,” tells the story of eight American and South Vietnamese reconnaissance patrols in an area northwest of Saigon. Carland focuses on one of the seven patrols, Team 5, telling “essentially the story of its destruction at the hands of the enemy,” but includes accounts of the other seven teams to round out the context. Of interest is his inclusion of a rare after-action report of the same event by the Viet Cong, which he says is “an additional source critical to fully understanding the Team 5 story.”

In a frank assessment, Carland concludes that the patrols generated useful intelligence, showed the ability to insert reconnaissance teams behind enemy lines and exhibited skill, bravery and resourcefulness—but not without a high degree of risk in the face of an enemy with an effective approach to dealing with hostile intrusions.

Team 5’s patrol transitioned quickly from an organized and apparently undetected overnight movement into a deadly ambush by Viet Cong who saw them and monitored their movements for about 70 minutes before opening fire. In less than a minute, three of the five patrol members were killed, including the two American soldiers leading the patrol.

The Viet Cong had set up an ambush, allowed the allied patrol to walk through their positions while they remained undetected, and then triggered the ambush with an attack on the patrol’s rear, Carland writes. A radio transmission by the Special Forces team leader, the only one he was able to get out, was, “We need a Bulldog [immediate extraction] and Airstrike, they are all over us.” After that, nothing but firing was heard on the radio, Carland writes.

“The Fondulac story is a complicated one with many working parts,” Carland writes in his introduction. It is worth studying and analyzing because “it explains in detail how these ‘working parts’ functioned when American unconventional warfare patrols operated in a hostile environment in Vietnam.”